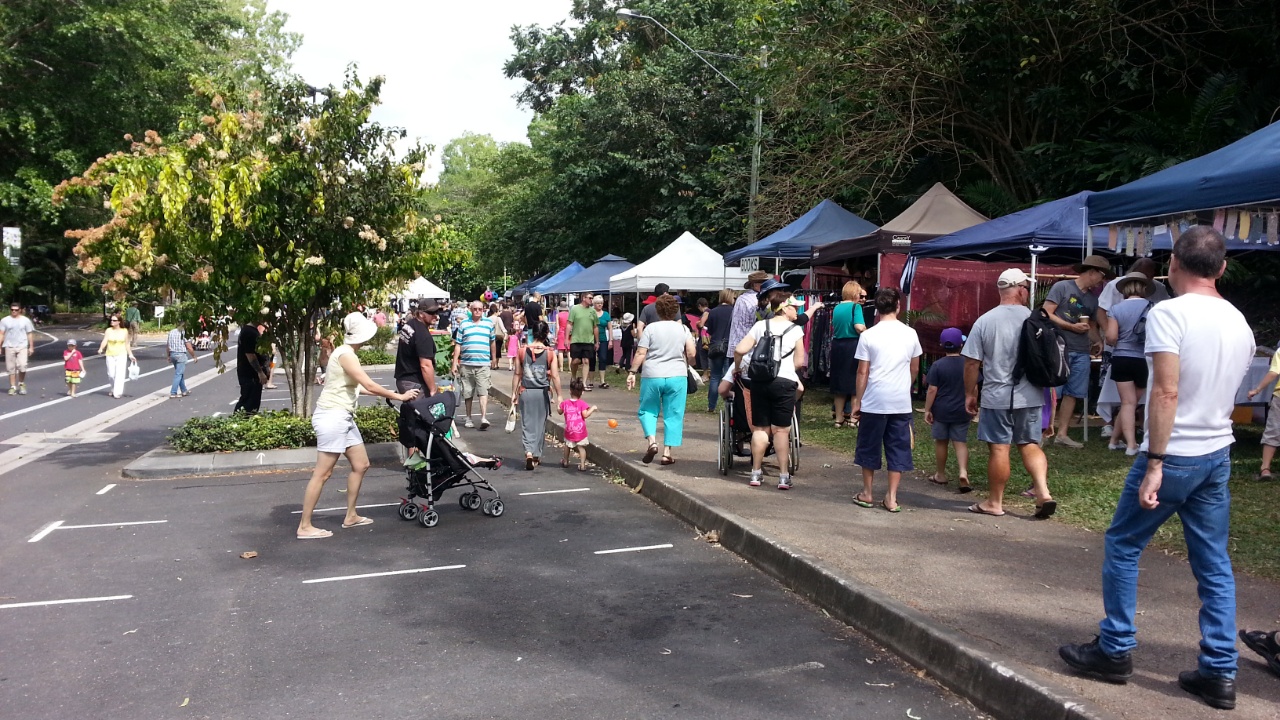 Today we came down from the bush campsite where we had a good quite night and this afternoon I’m gonna visit the Botanical Garden Market. It’s the end of Cairns Festival and like every year this Market is open to any body who want to have a good time. 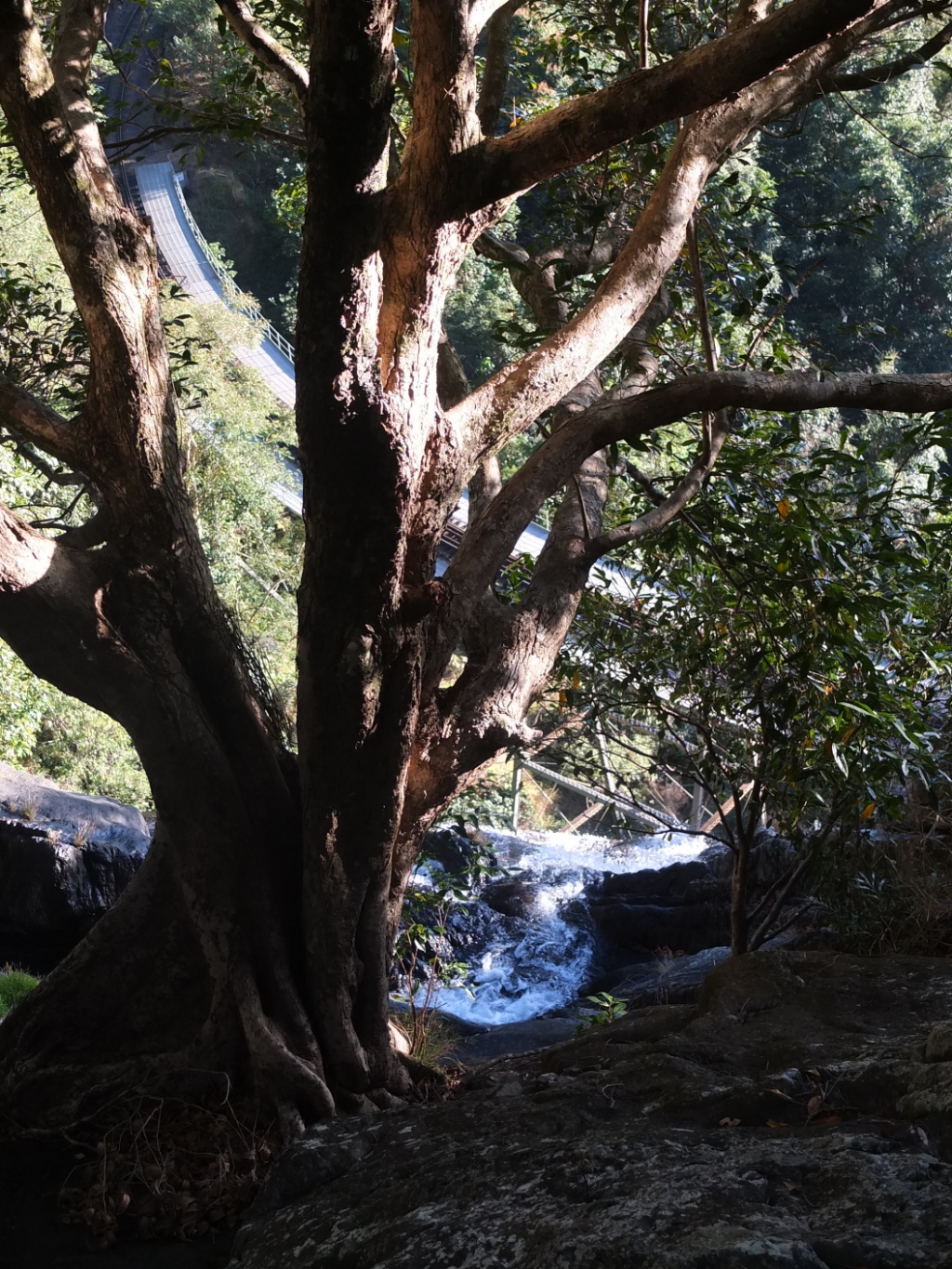 We woke up at 7am maybe, quite early because Martin needs to pick up his cousin somewhere. The bridge is still here! 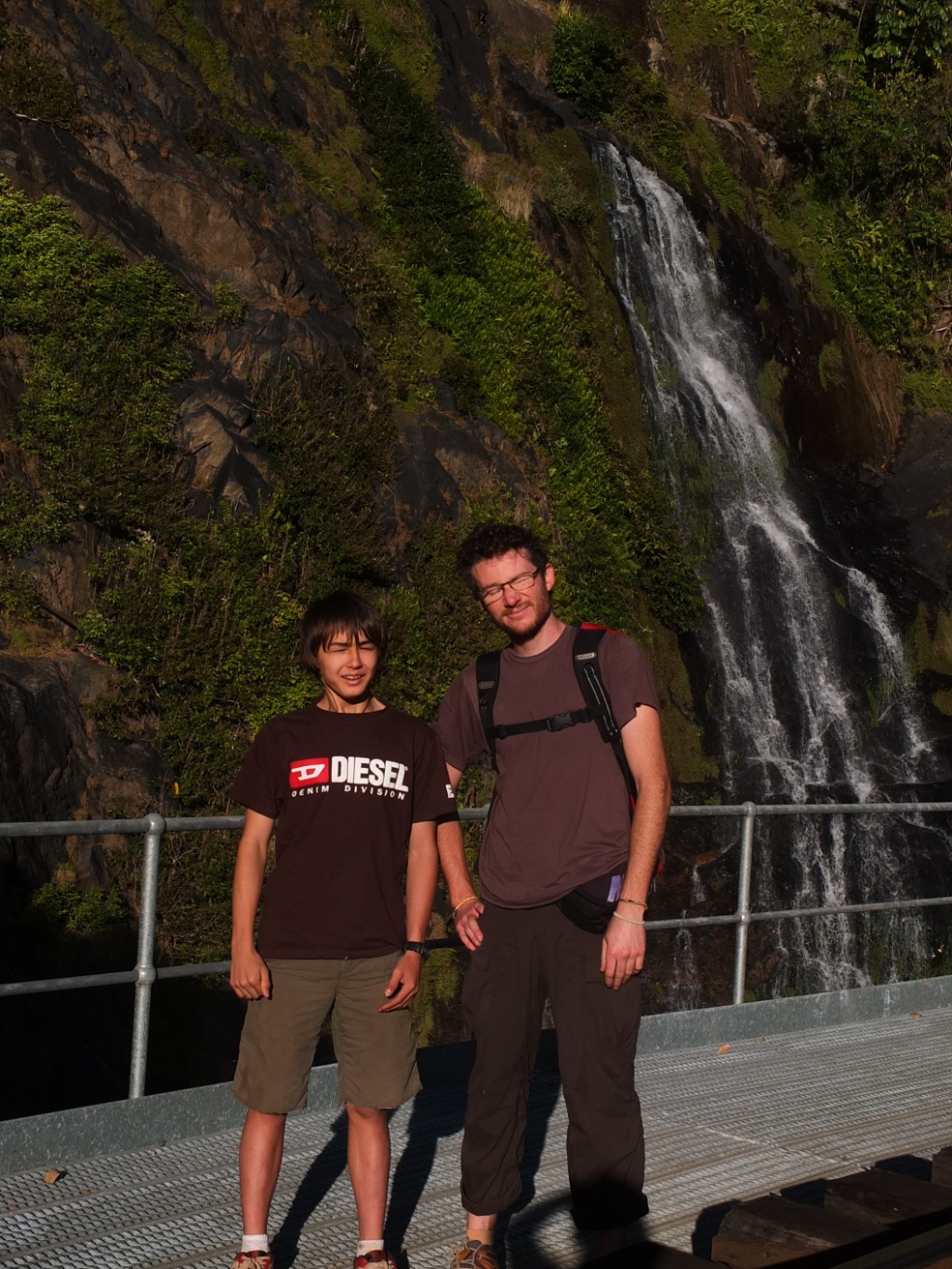 Wow! right on the morning with the sun in the eyes, it’s hard :-) 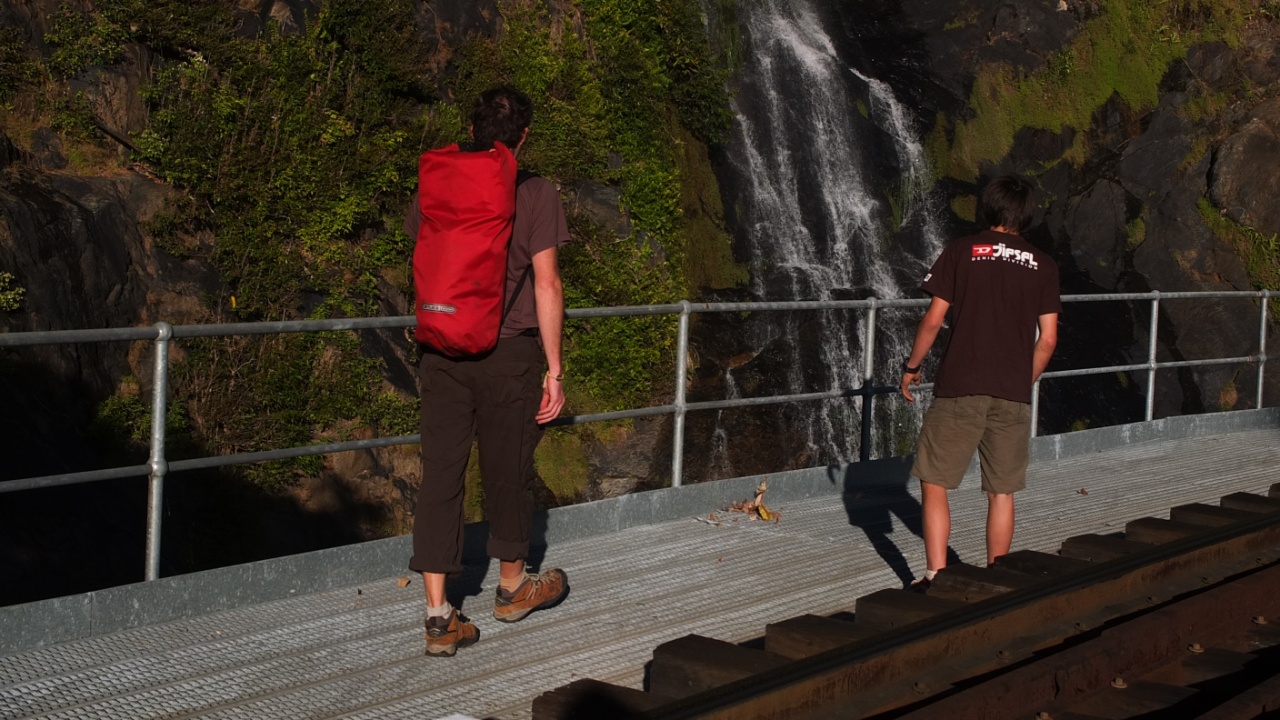 We spend a bit more time on the bridge 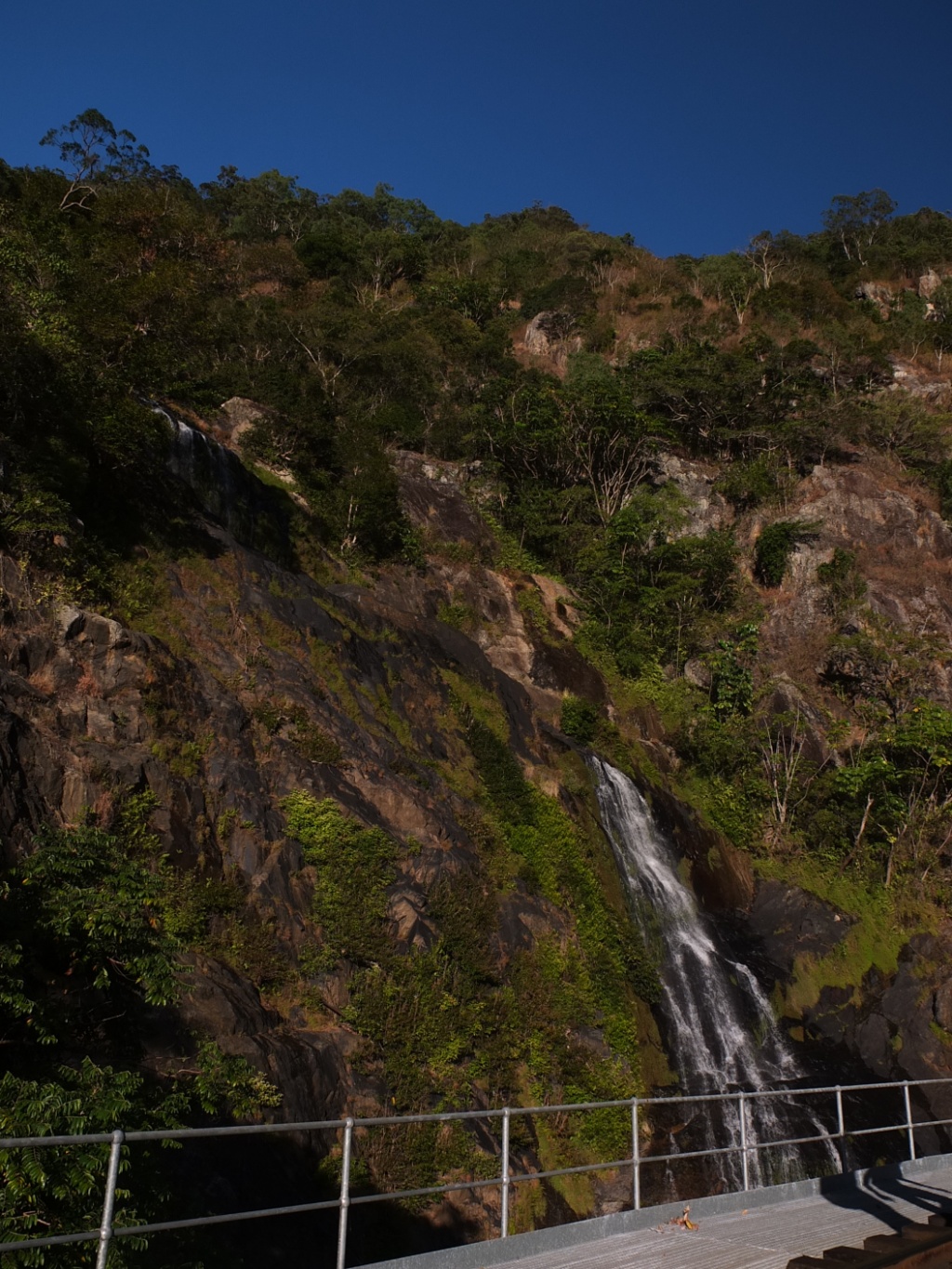 In winter time, I think all this wall is cover by the water. 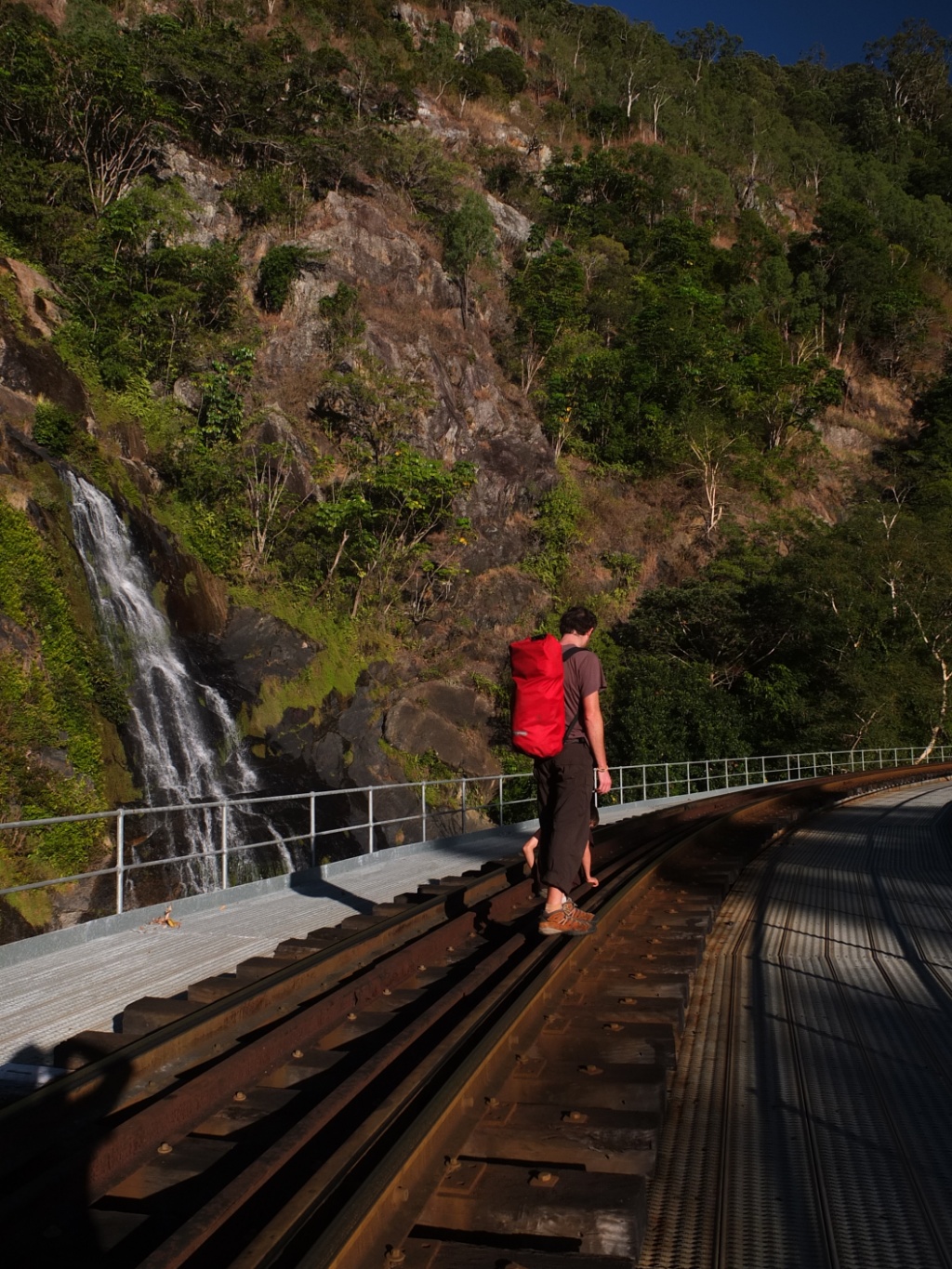 Marco tries to go under the rail way. Be careful Marco there is not so much protections underneath. 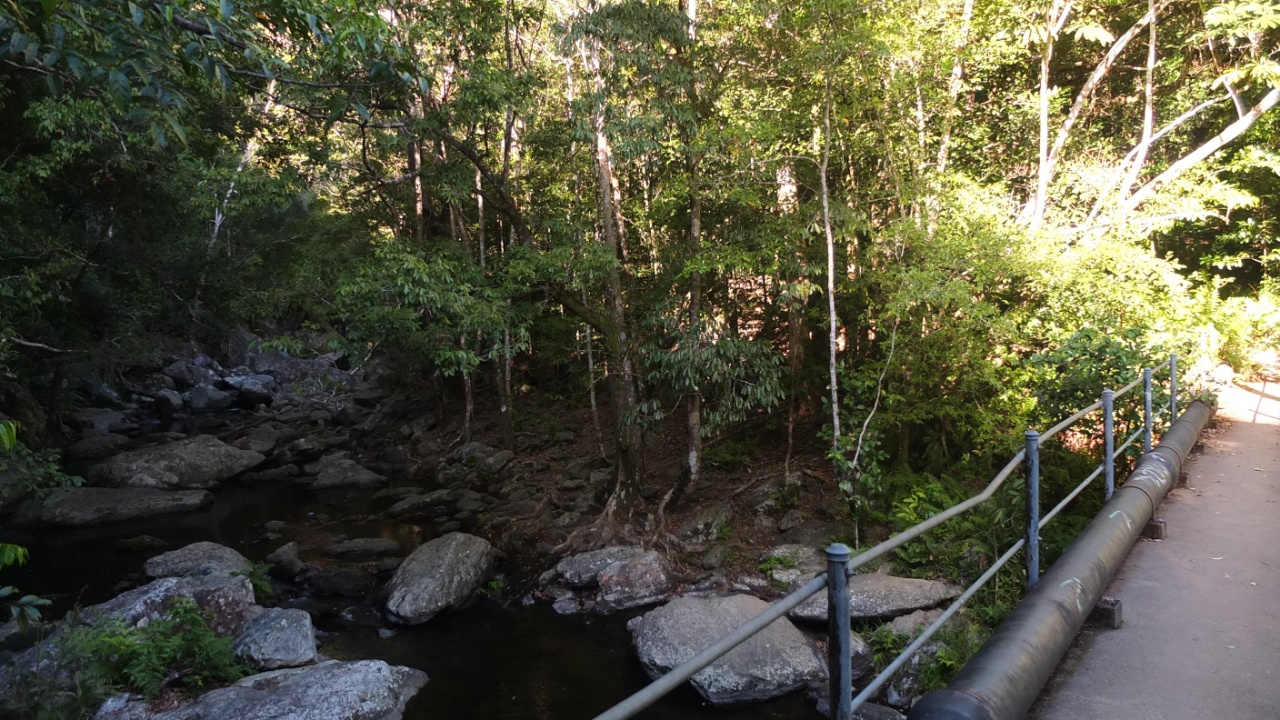 Almost arrived. After one hour and a half we’ve reached the bottom of the track. Jimmy a friend of Martin is waiting for us somewhere in the water. The water is fresh but it’s nice to feel “clean” after those two walking days.

I let Marco in the house. He was to tired to do something else haha :-) Martin went to pick his cousin and Zackary is working in the market. Let’s have a visit. 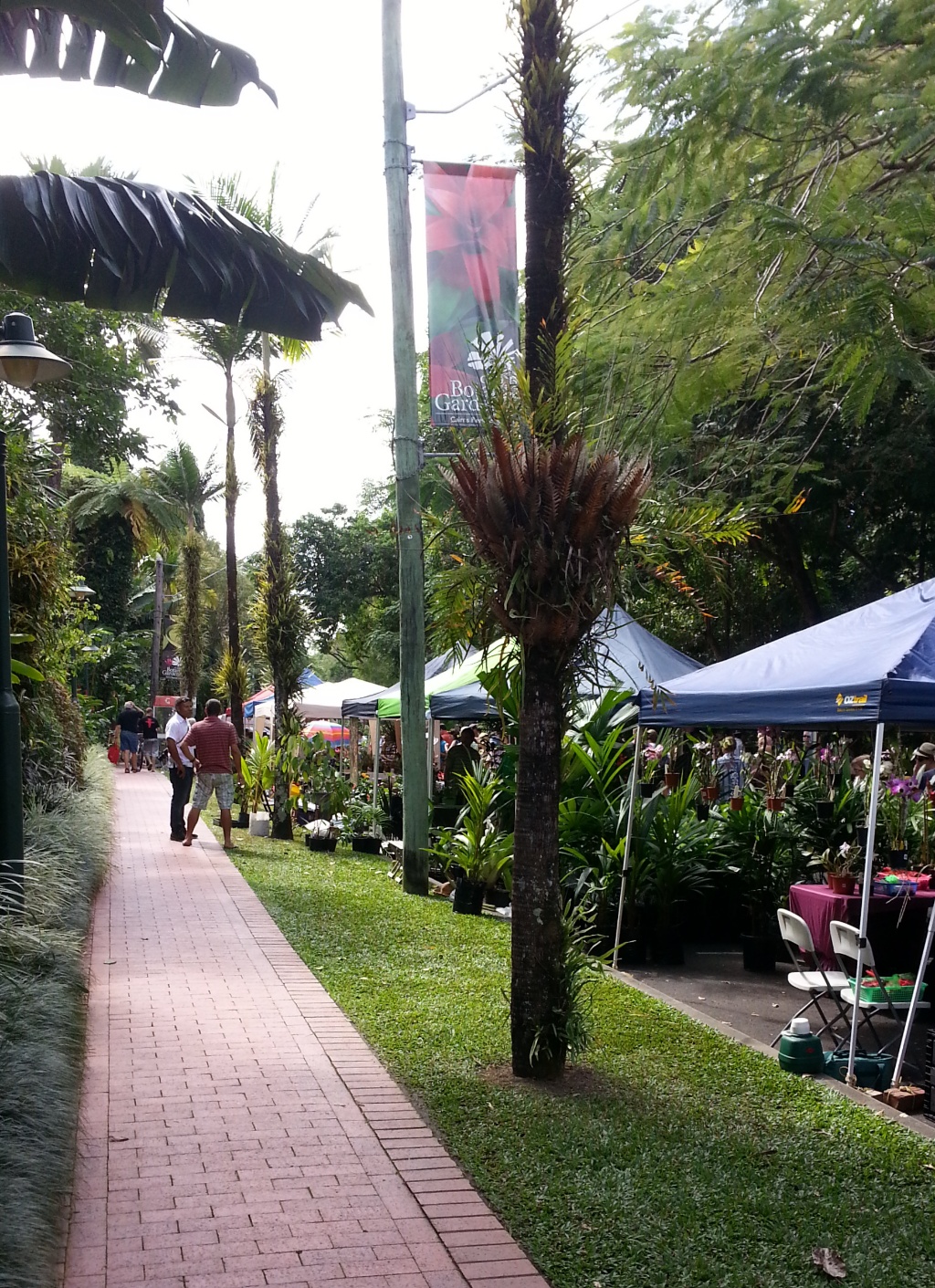 I reached the end and I didn’t see Zackari… I’ve certainly mist an area. There is lot’s of food and plants stores like here. It’s nice. 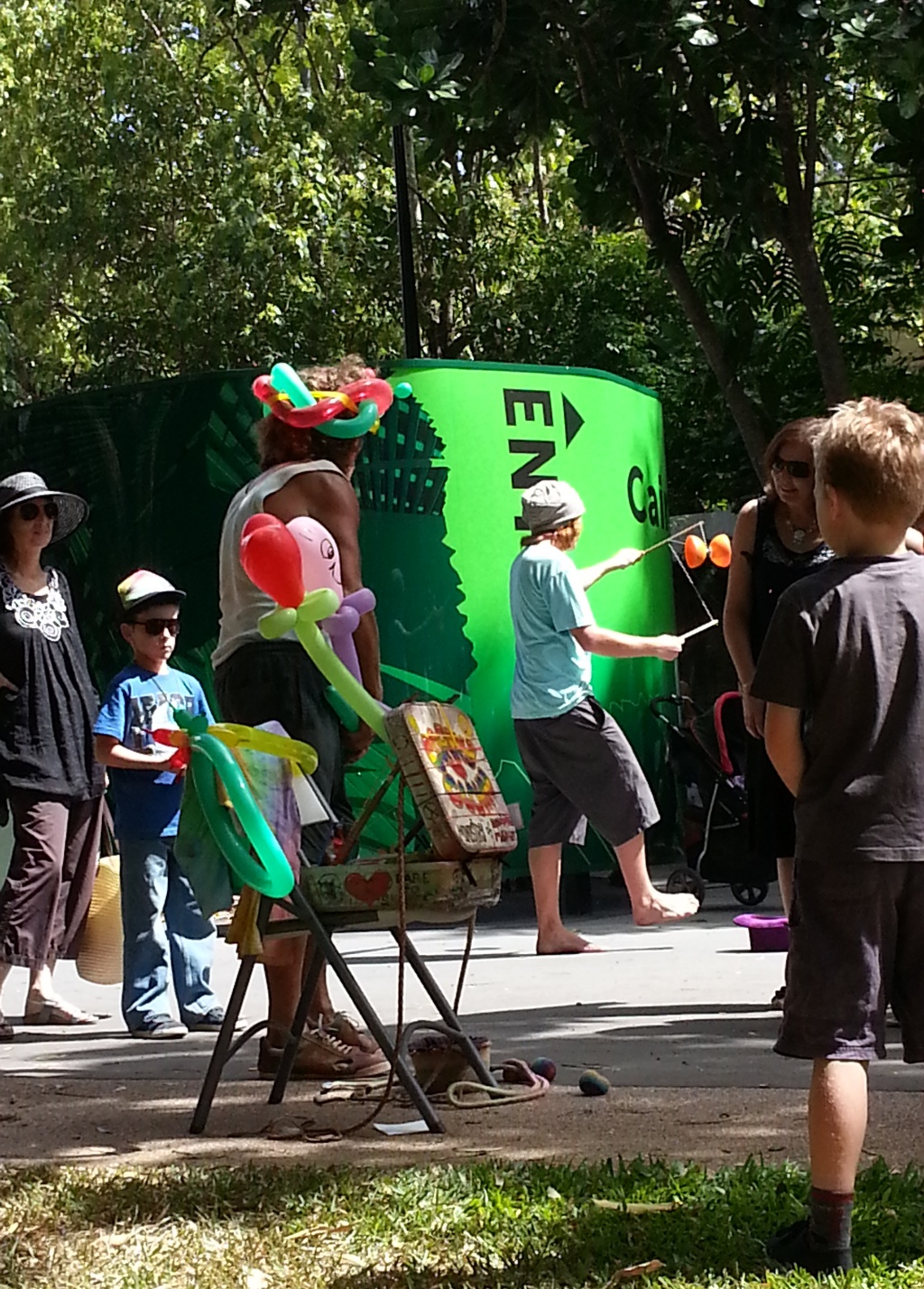 A diabolo guy, a balloon man, it’s a circus here. 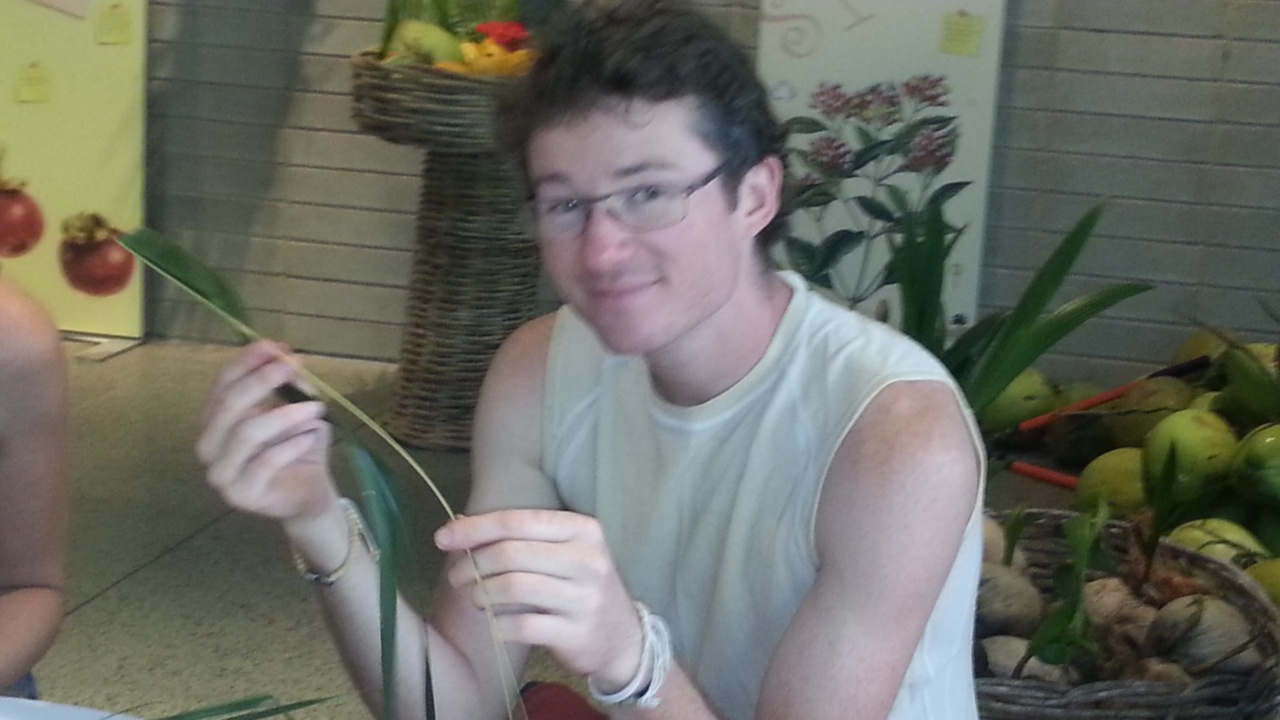 I’ve finally found Zackari :-) She is working inside with “coconut Paul” and Miyuki. There is a stand where we can learn how to make animals with coconut palm tree, interesting. Let’s try that. 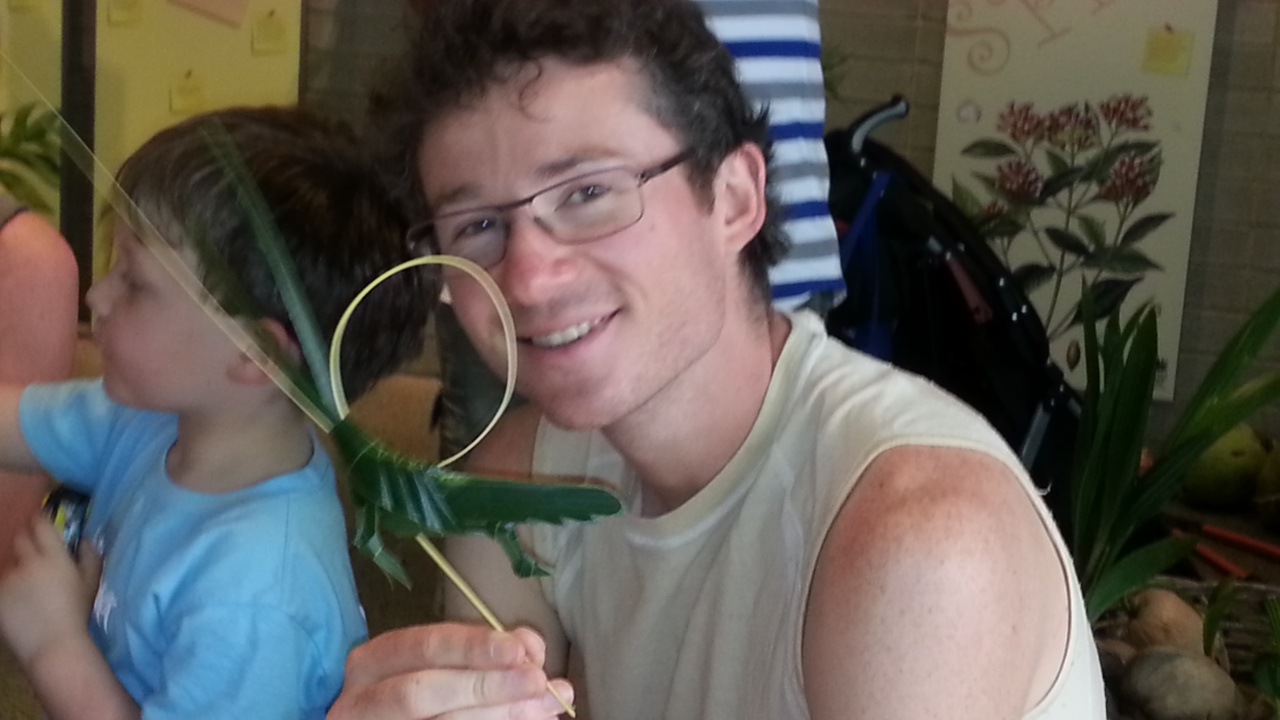 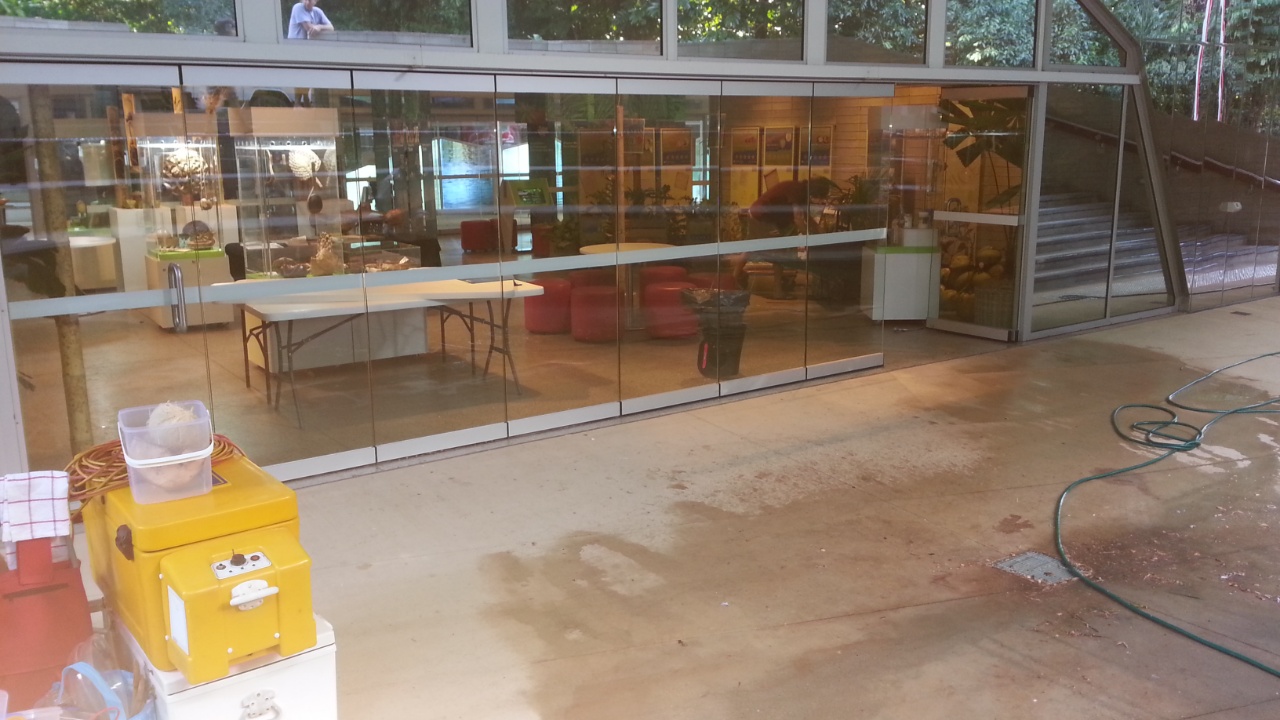 The market is now finished and we are shifting everything back in the cars. ‘was cool today and I learnt something and I ate so much coconut as well, even coconut with soya sauce and wasabi, strange but good taste :-) 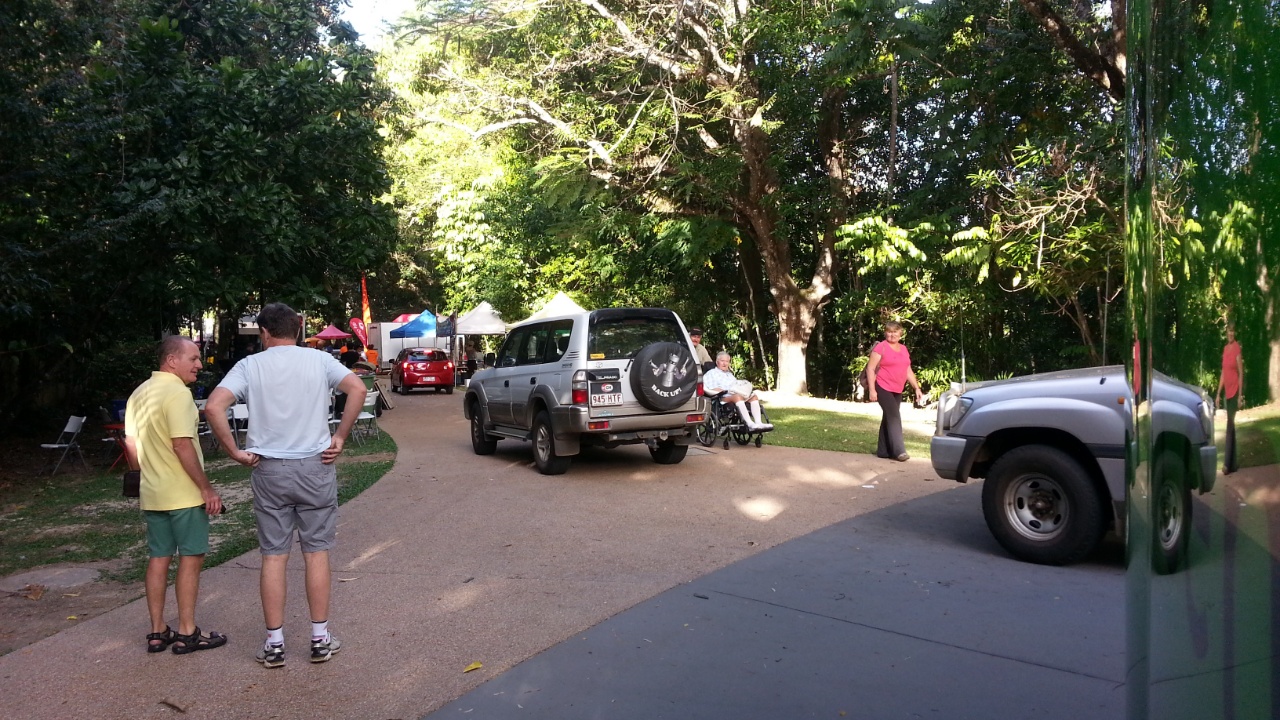 This market will come back next year now, bye!

2 thoughts on “Freshwater, Down from the bush camp site + Botanical Garden market”