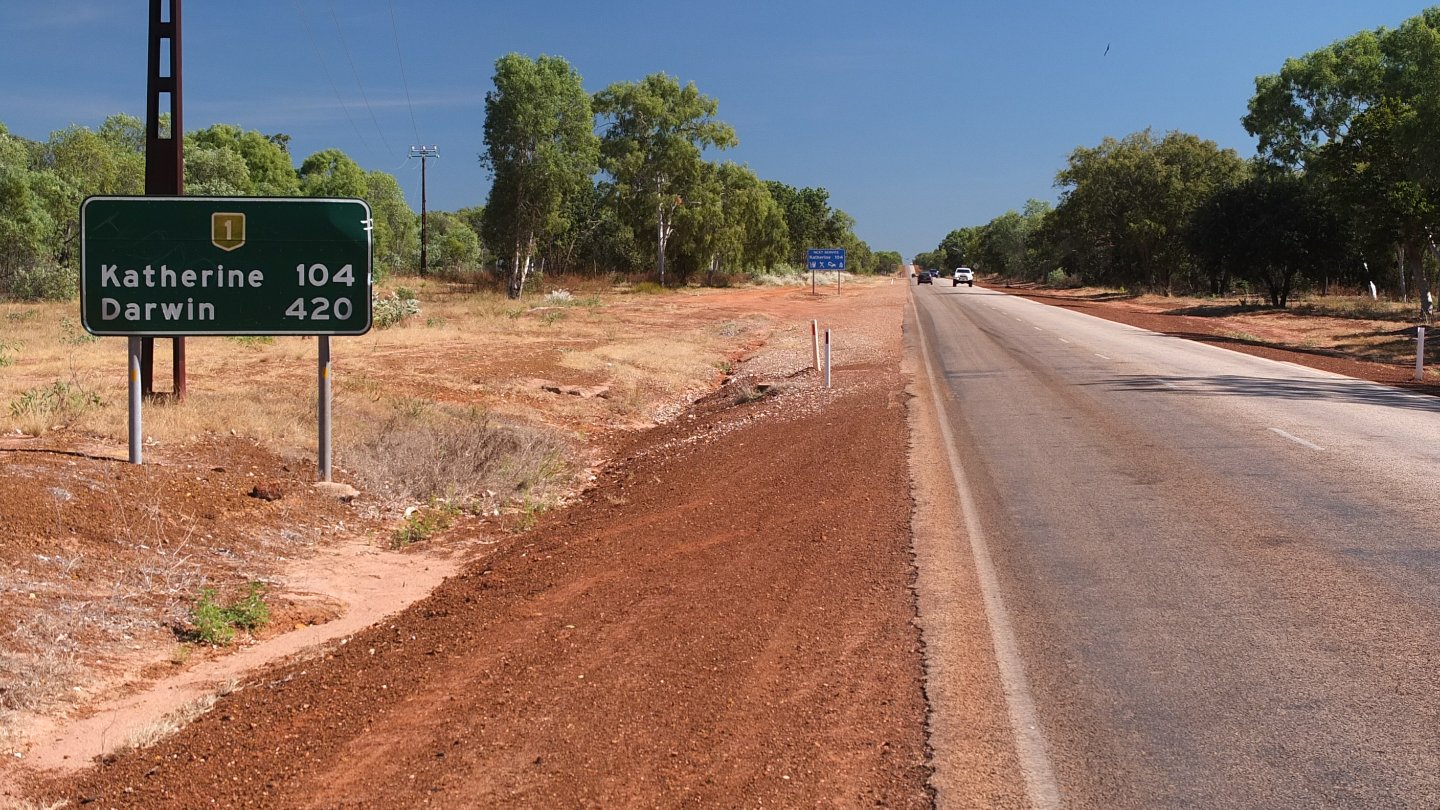 I’m still not sure if I’m going to the Festival or not as I’ve discovered that the price was $40 per person and not free as said the woman I met about a week ago at the Pink Panther Roadhouse. I know the turn off is something like 50km after Mataranka so I will stop somewhere there for the night and will decide tonight. 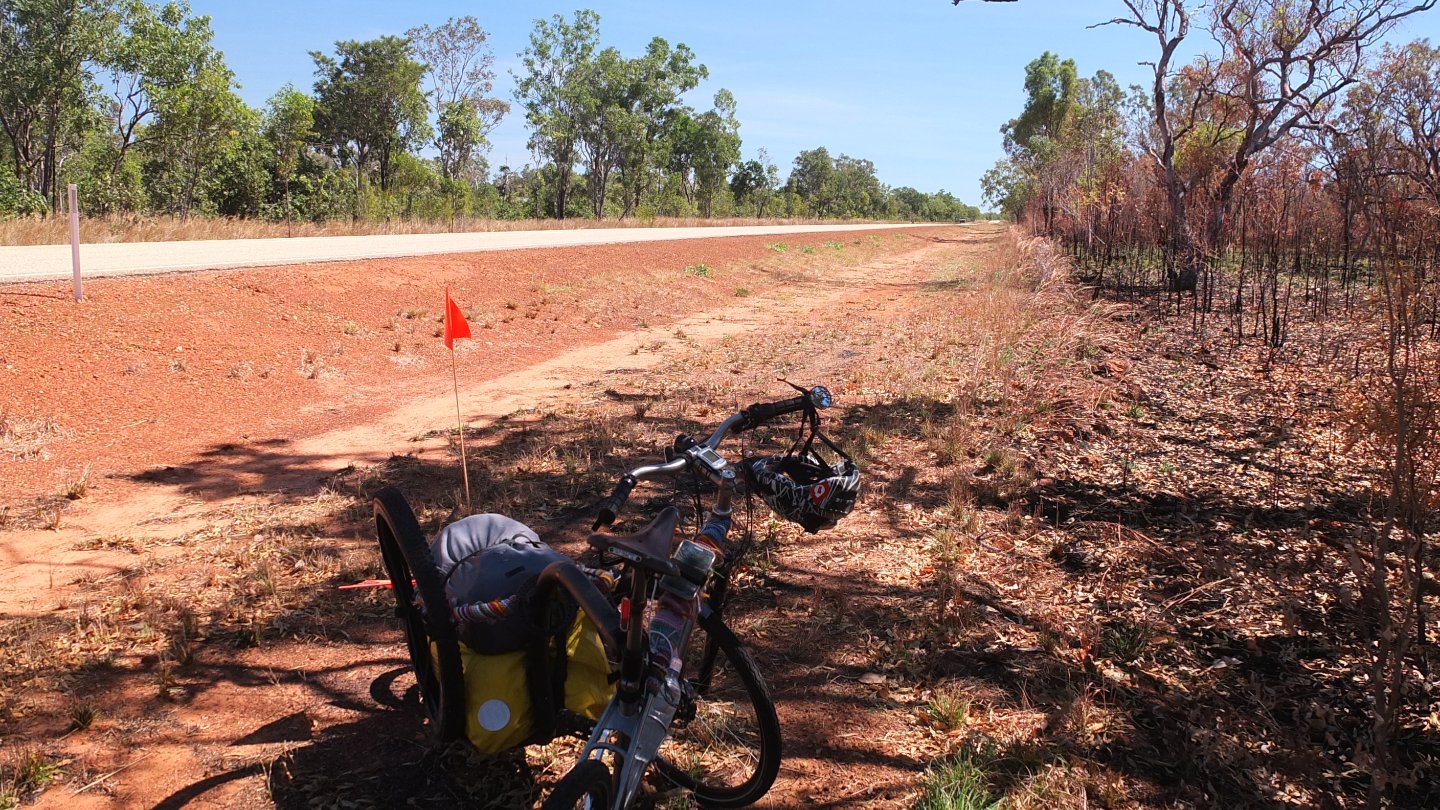 I’ve got a very good tailwind today so I’m pretty fast. I’ve done 40 km since I left the National park and it’s time for a lunch break :-) 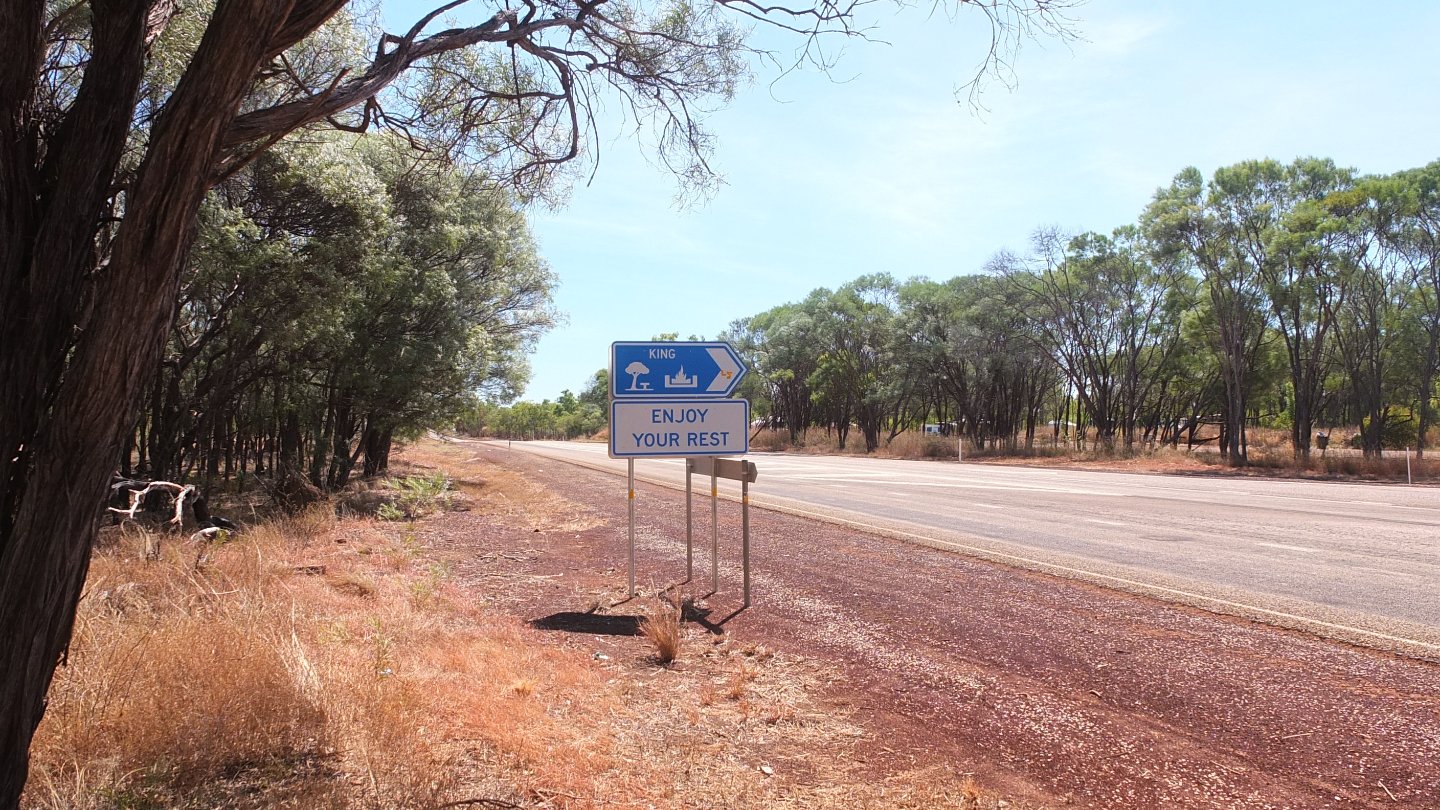 Here I am, 77km later. The king rest area. I did not expect that. This rest area is 4km further north than the turn off to go to Barunga. I might go :-) 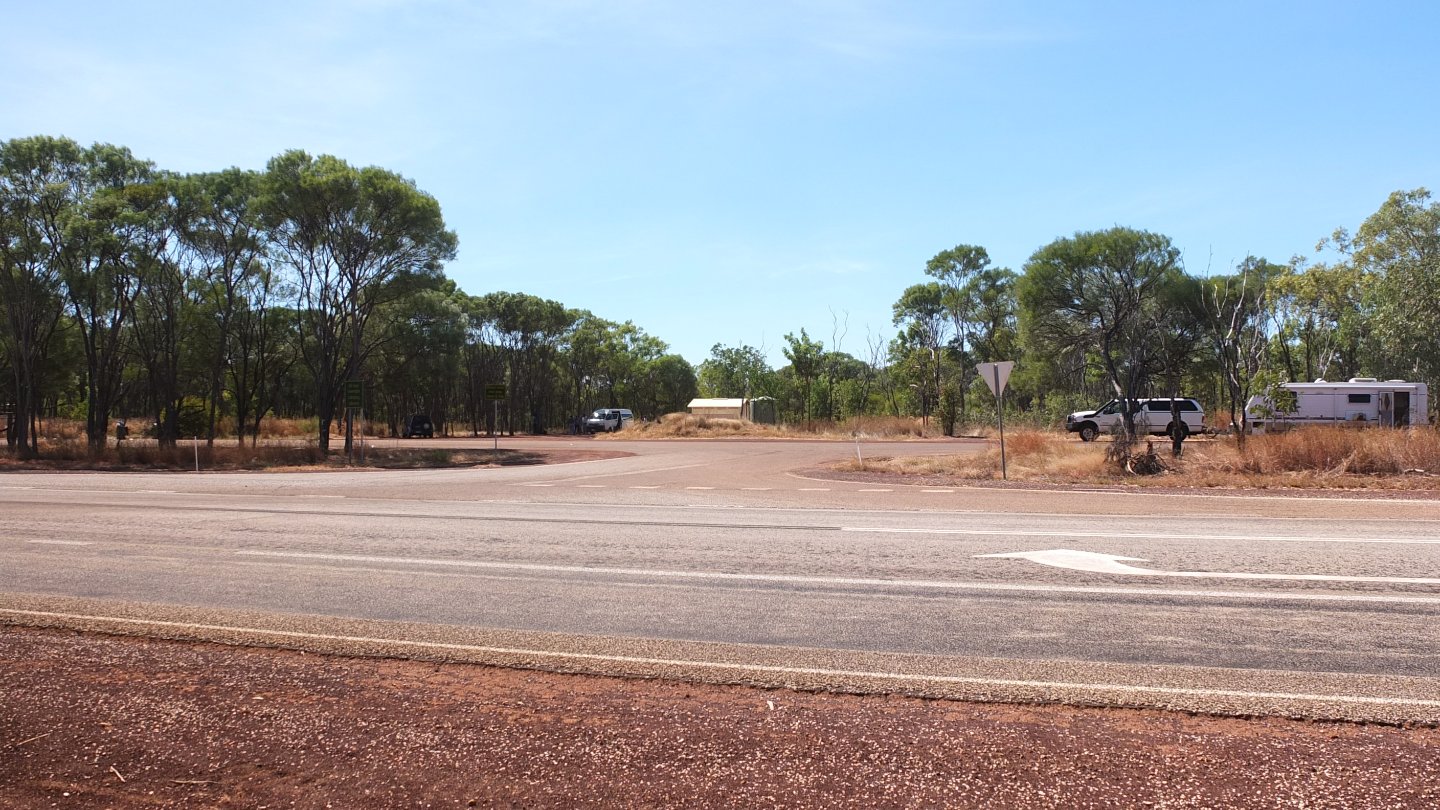 It’s only 2pm, something like this and there is already people camping. Later today, I’ve met 2 motorcyclist from Tasmania, a german girl and a Australia guy. I was cooking my simply pasta and dry powder sauce (which I’ve never buy before but in Mataranka, many product was expensive so I got the cheapest stuff). The guy looked at what I was cooking and told me “You need more than that for what you are doing”. One minute later, he came back from his truck with a frozen package which contained chopped ham. Another minute later he was still searching something in his truck and gave a whole chicken! What! Thank you very much Rob :-) Wow! Now I need to eat that very quickly because I don’t want to waste that.

The German girl, Nadine, is travelling by herself (by car). She has been in the US for a year, in Poland for another year, in england and other country I don’t remember. In fact, I think she likes travelling ;-) She has been in Australia since 9 months and enjoys it. She is going to the Barunga festival as well so I will see her around some time. Lots of people are coming so it’s gonna be crowded.