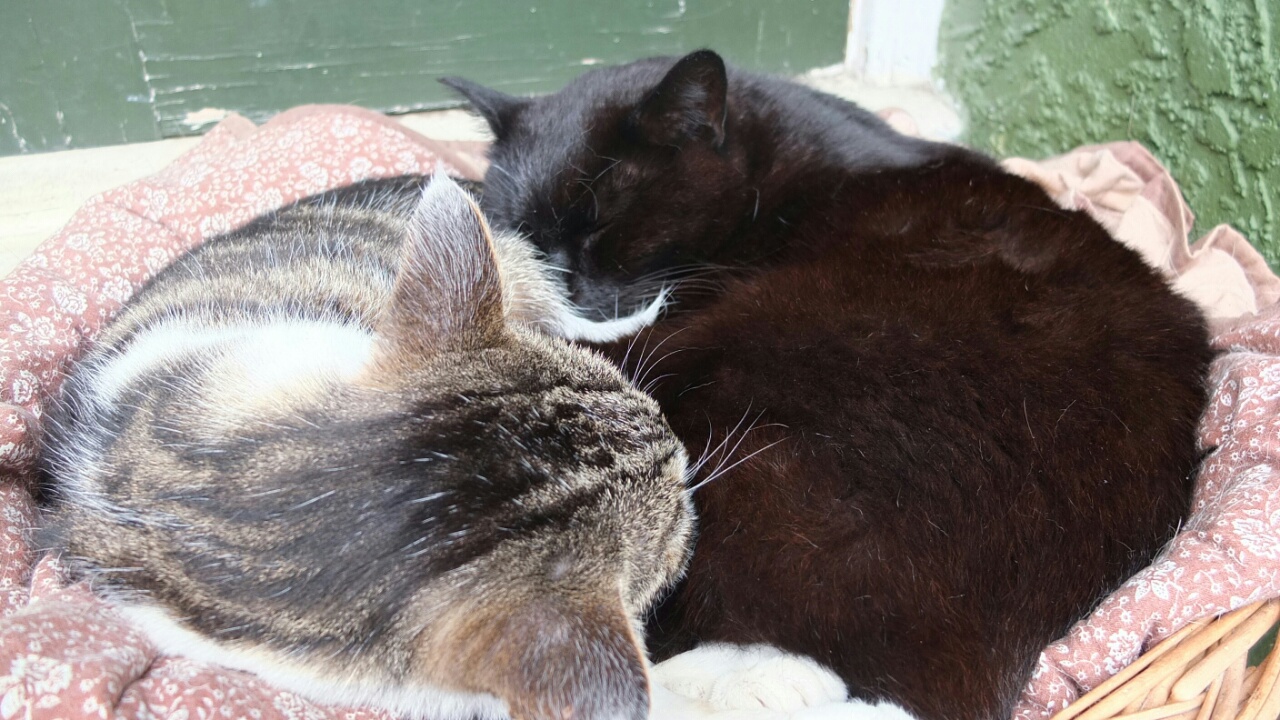 Okay today the weather is grey and it shouldn’t rain too much. I don’t want to pay anymore and my blog is fully updated, all is good :-) but before I leave I have to take one more picture of these cats, so cute :-) 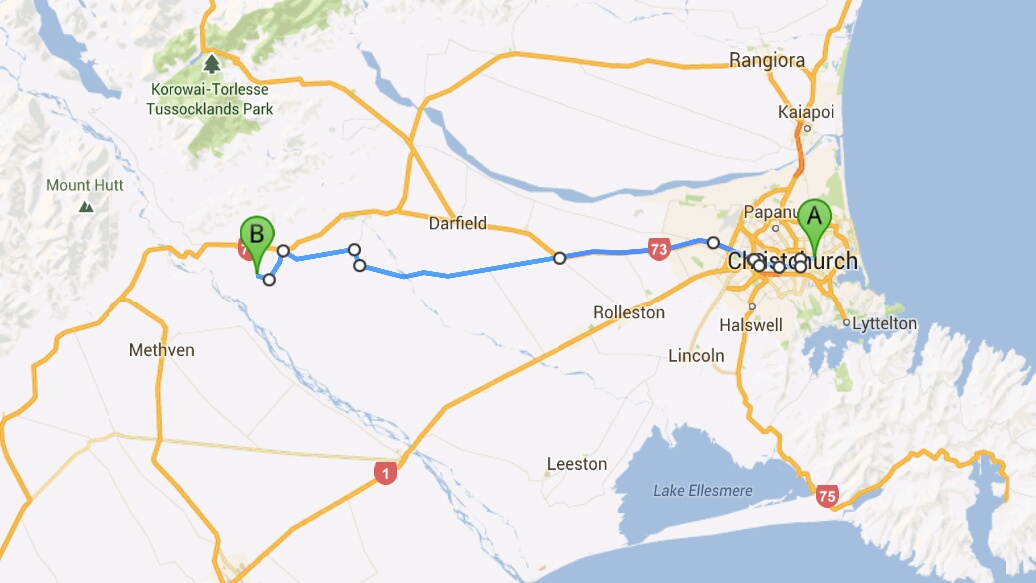 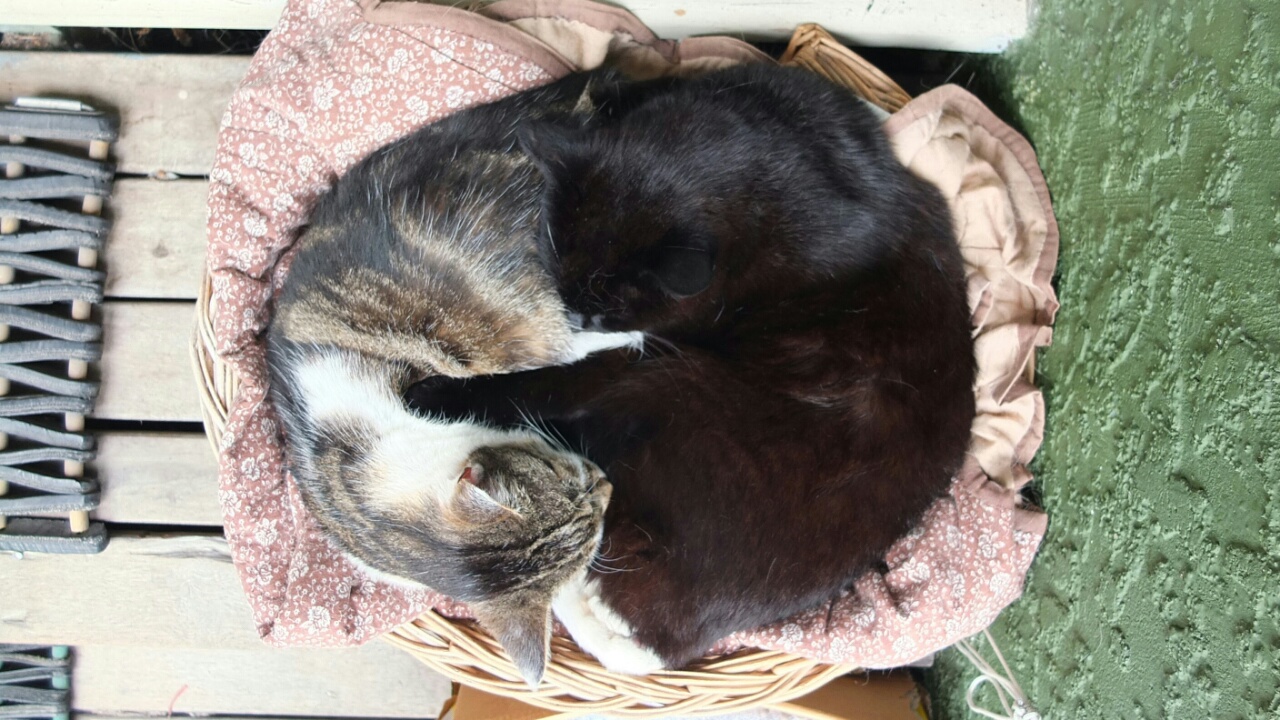 There are the yin and the yang :-) 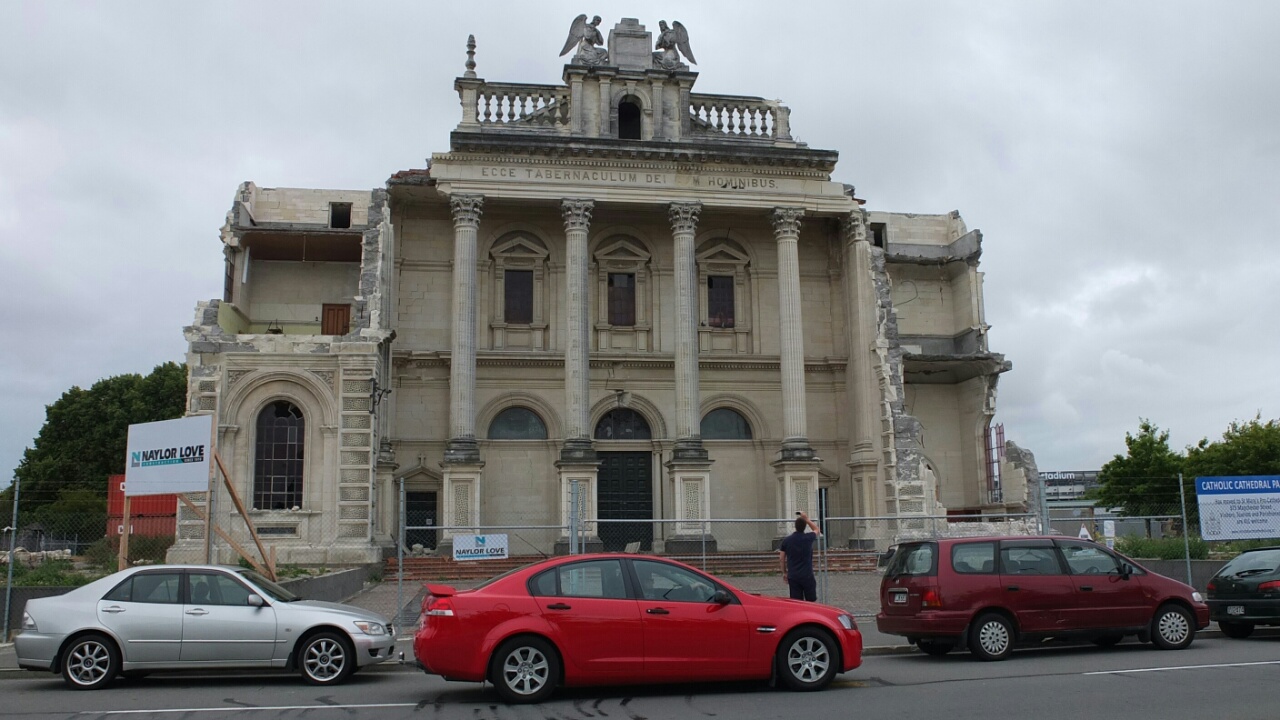 One more picture of the city especially the church. They are going to destroy this building but are they making an new one? I’ve no idea. Few minutes after this I was cycling when I heard a voice Behring me, a man, Bram was yelling me, asking to stop me for three minutes. He wanted just talking. He is 83 years old and keep the energy. He told me that he when cycling in France as well and he loved that :-). Today, he keeps riding to go to the dentist or buy his food. Great guy :-) Now every time I remember about somebody in Paris told me that after 25 years old you it’s to old to travelling by bike, PFF! 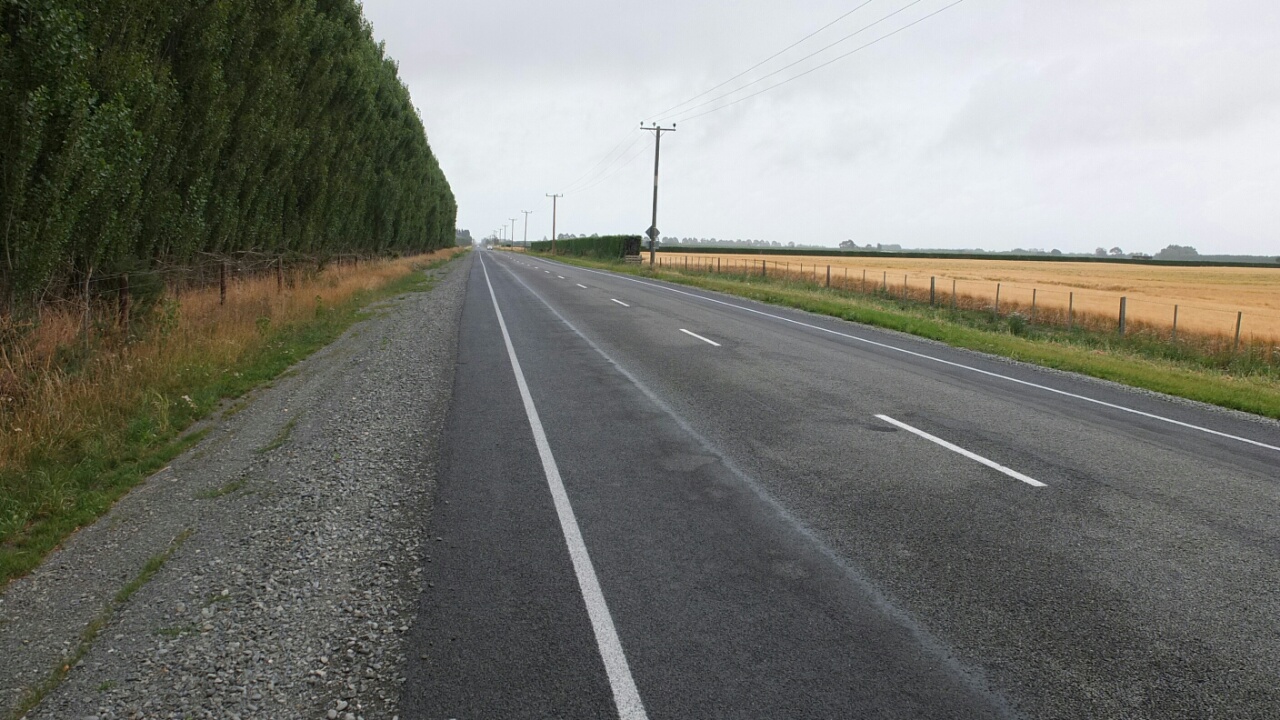 Fiou! Christchurch is big, it took me 10 km to be outside of the city. Now it s a looong boring road… 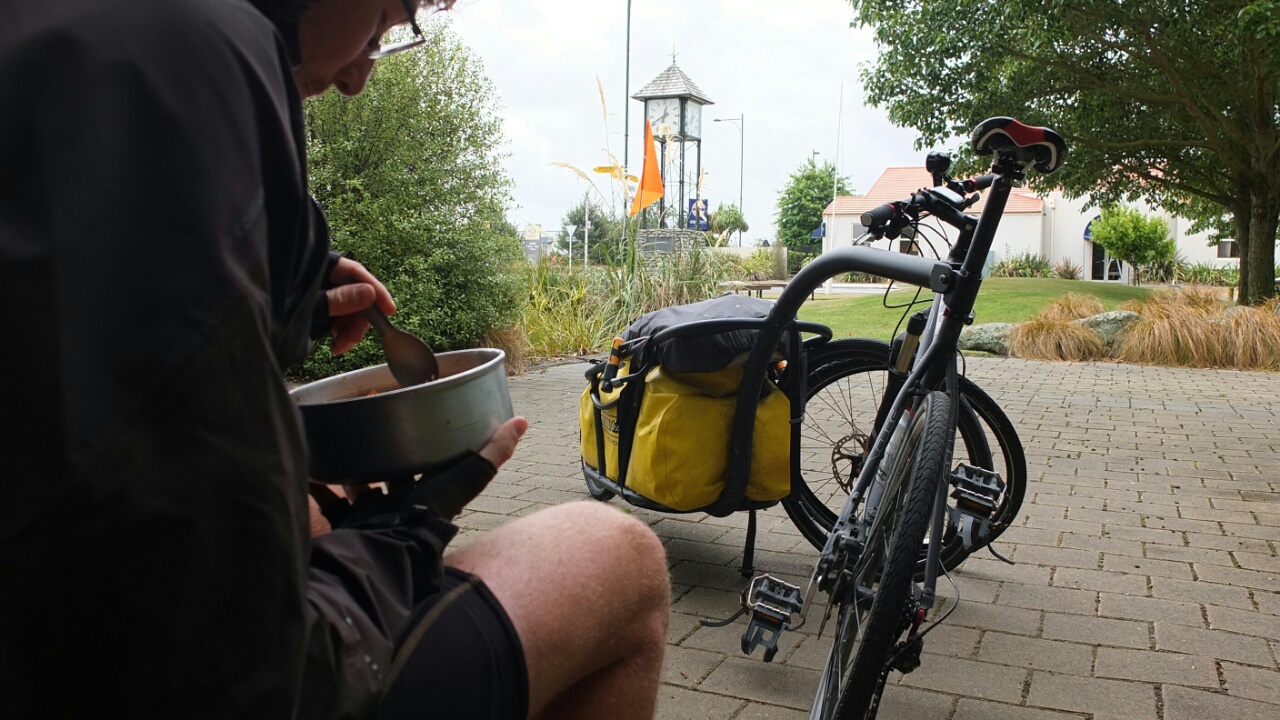 I’m now in Rolleston for the lunch break. I’ve done 35 km but it’s not finished yet. I would like to be around the Rakaia Gorge this afternoon. 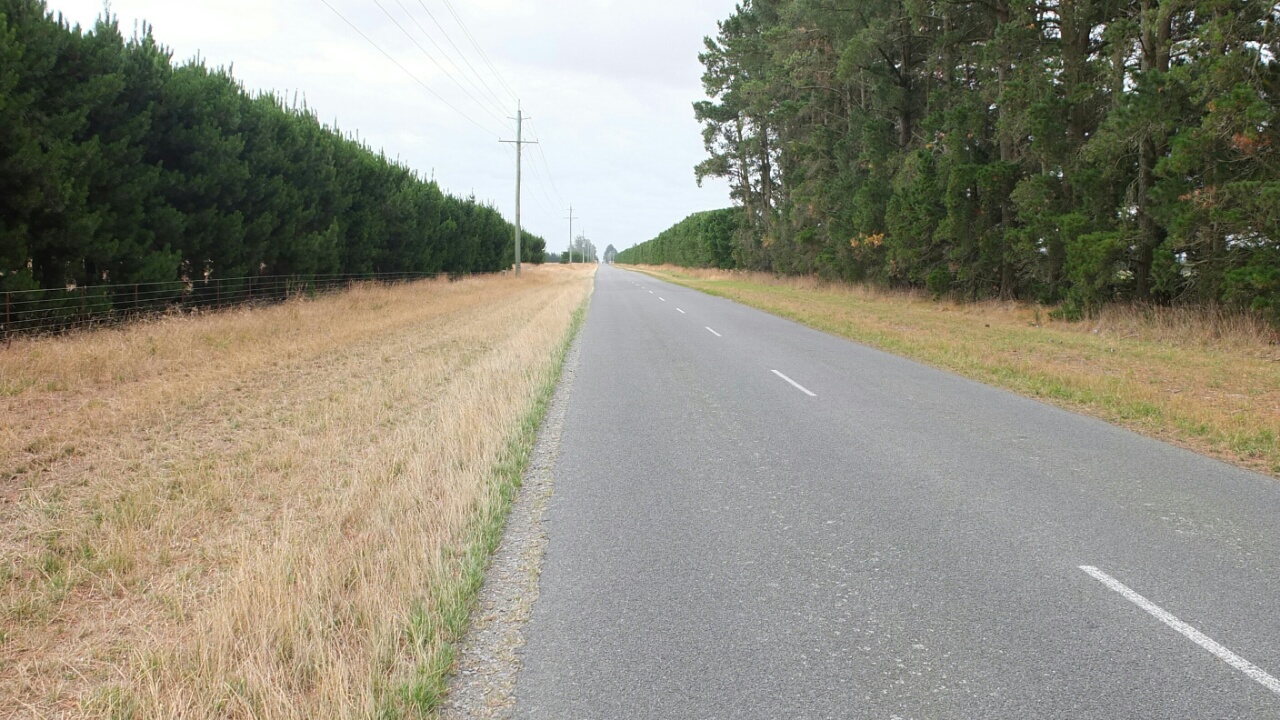 There is always looong straight roads like this. Just keep going. 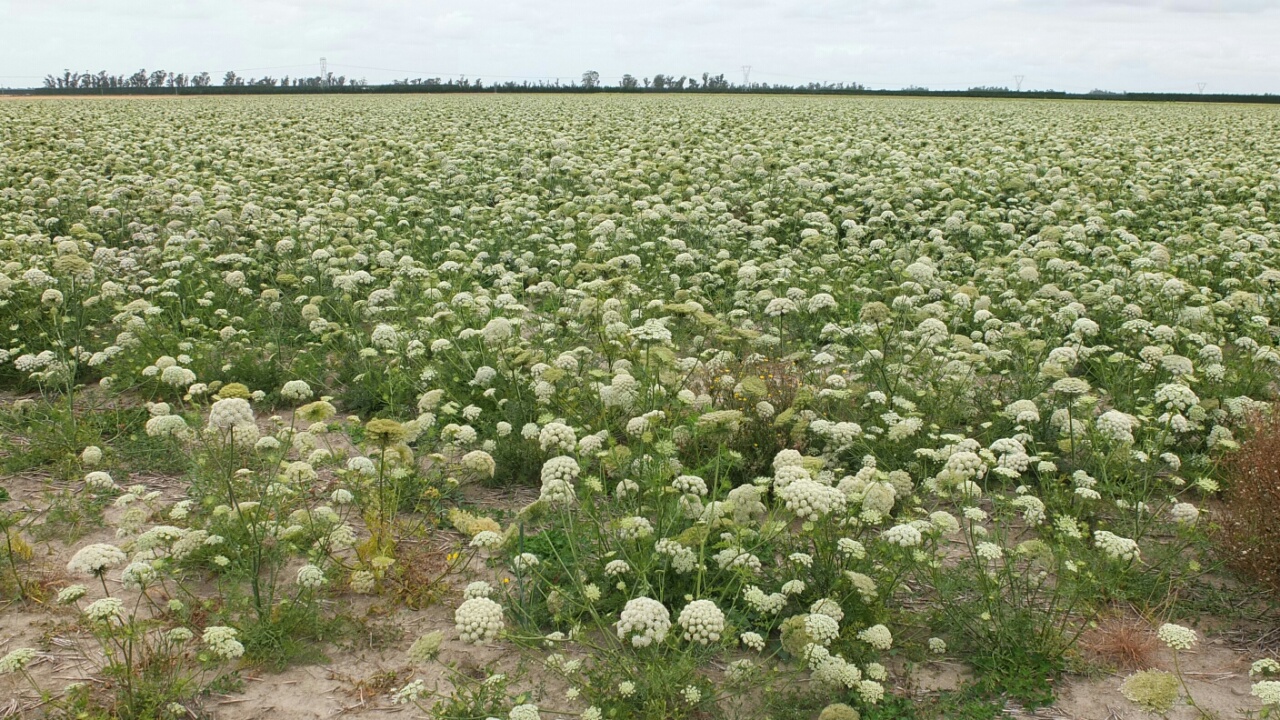 And there is huge field like this one. It smell good :-) 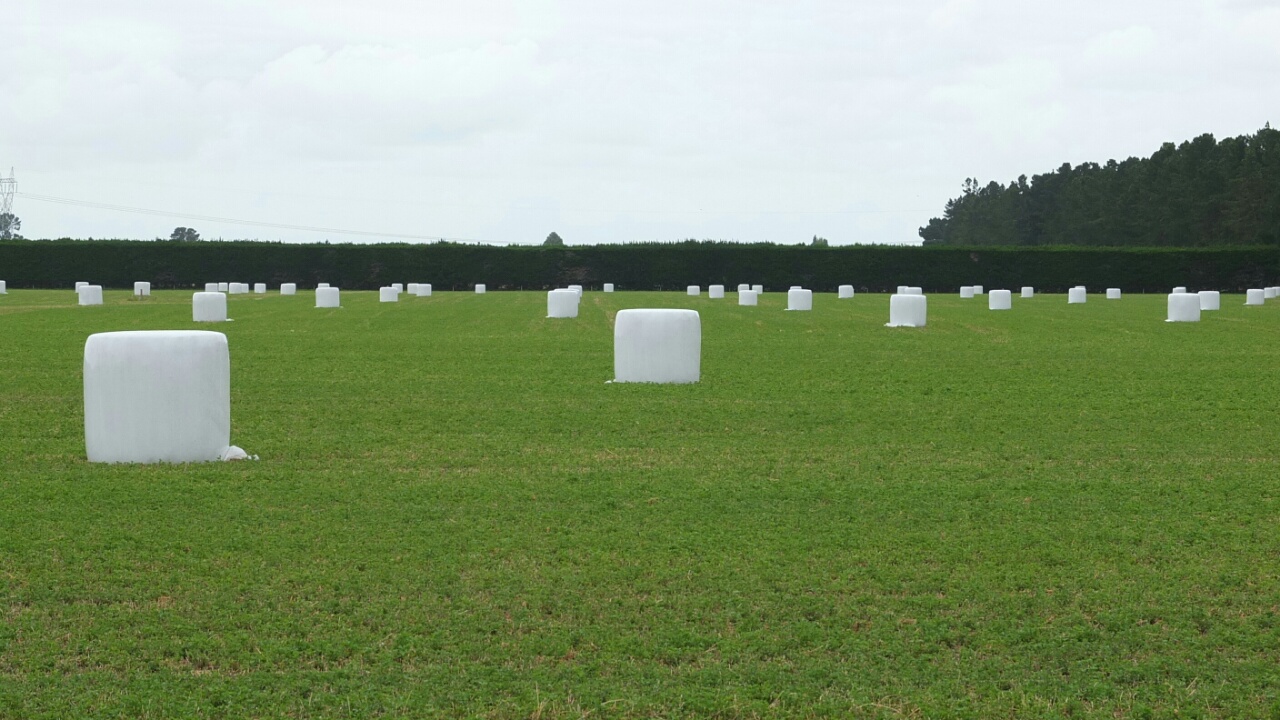 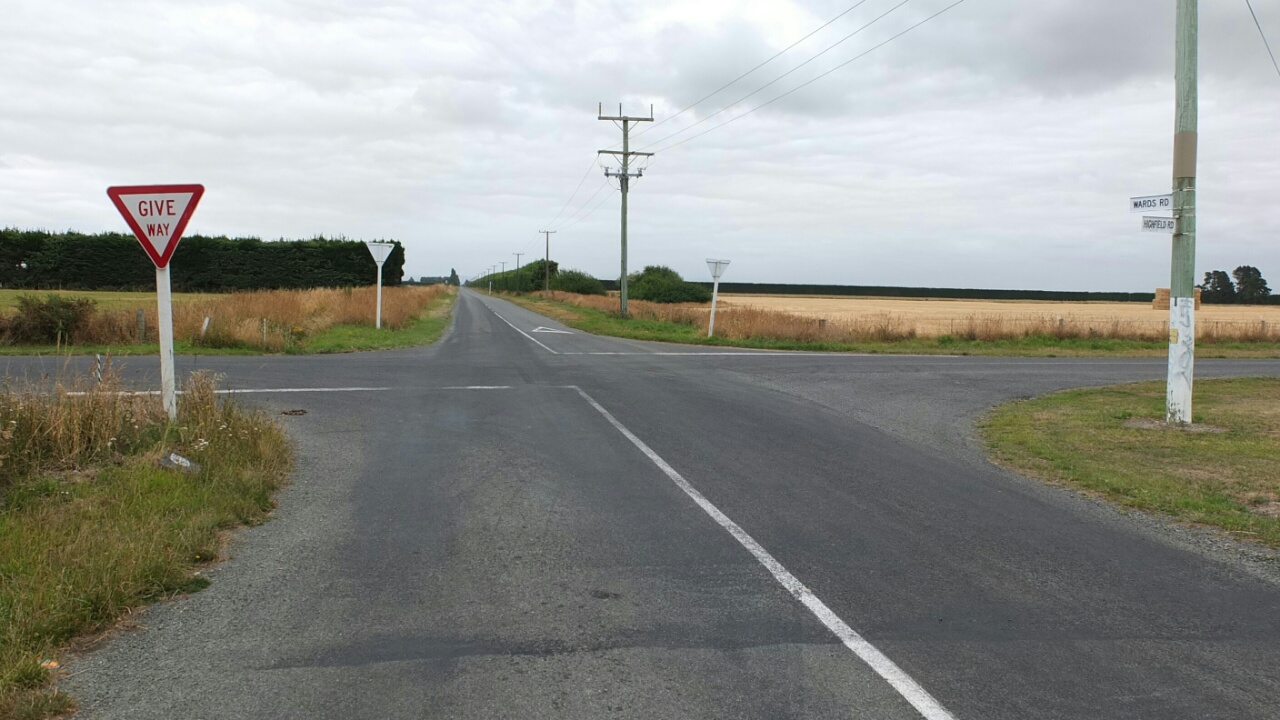 Ah a crossing road, nobody from right neither from the left, let’s go! 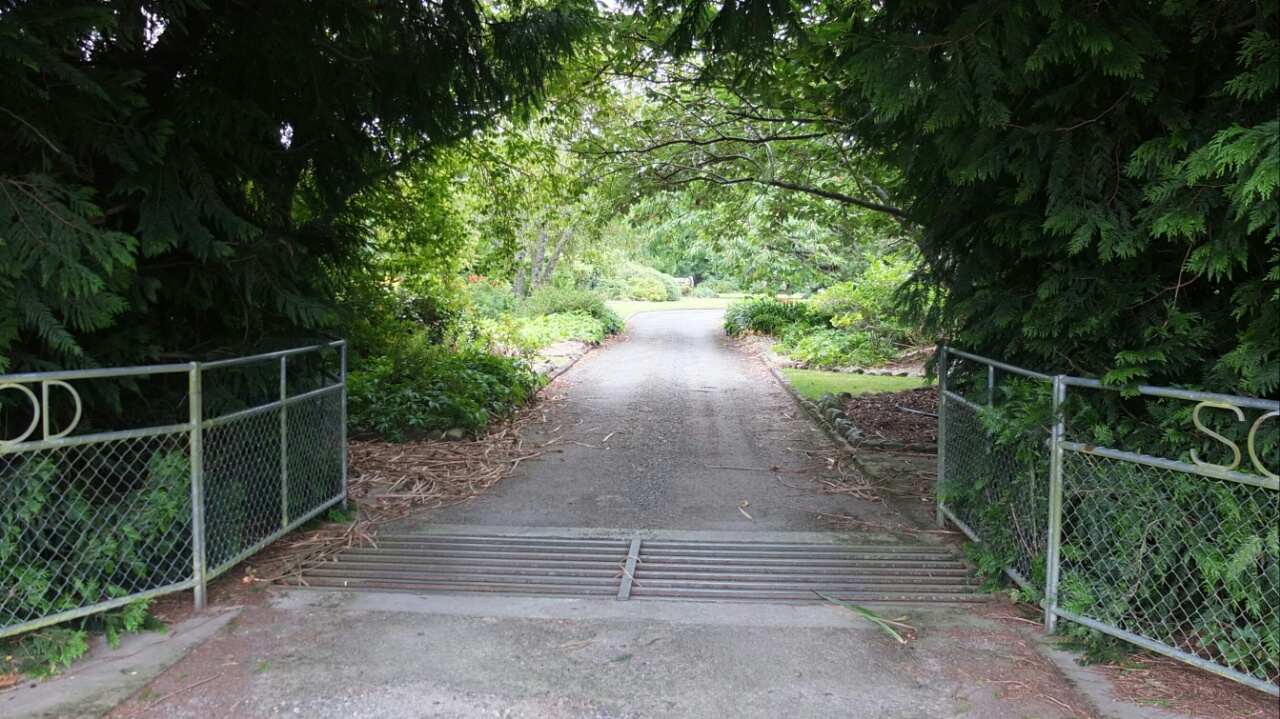 I made almost 80 km now and I’m wondering if I could borrow a piece of grass to that family. 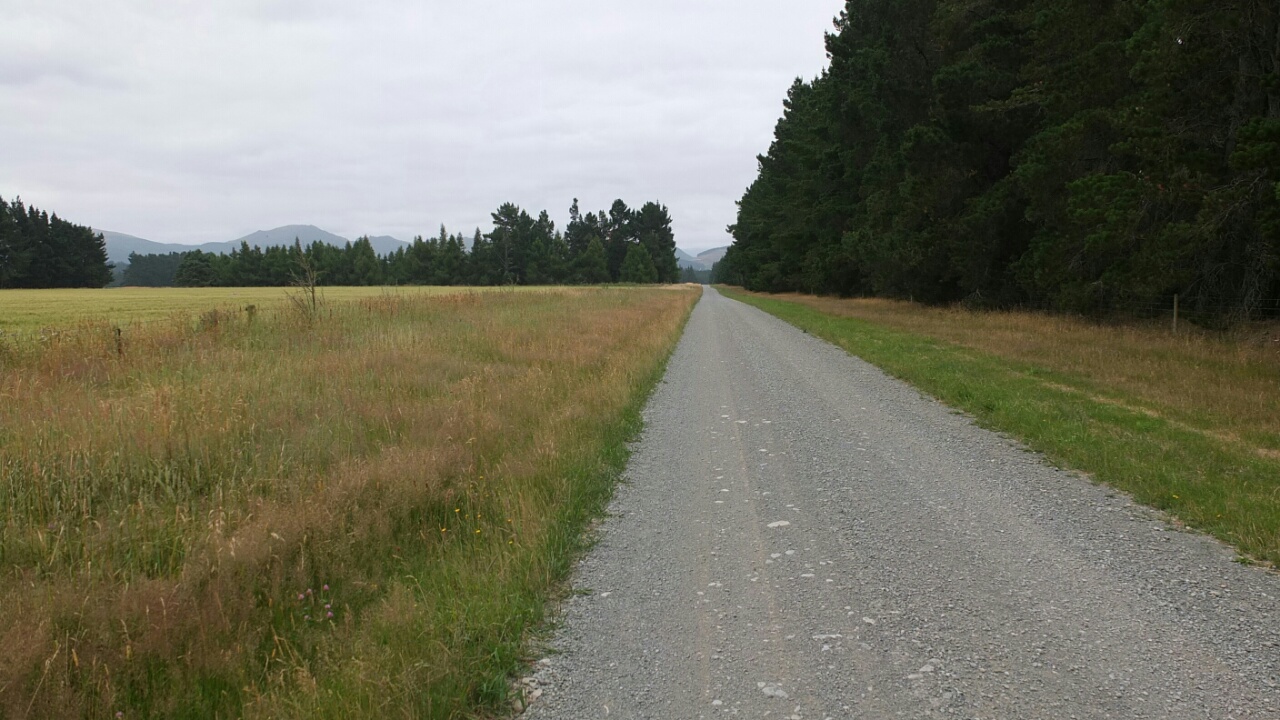 Unfortunately, nobody was there. I rang the bell but anybody answered. Maybe they were gardening somewhere. Anyway, I continued a bit more and found a path on the right. It’s look OK for a night and it’s free haha. I like that :-) 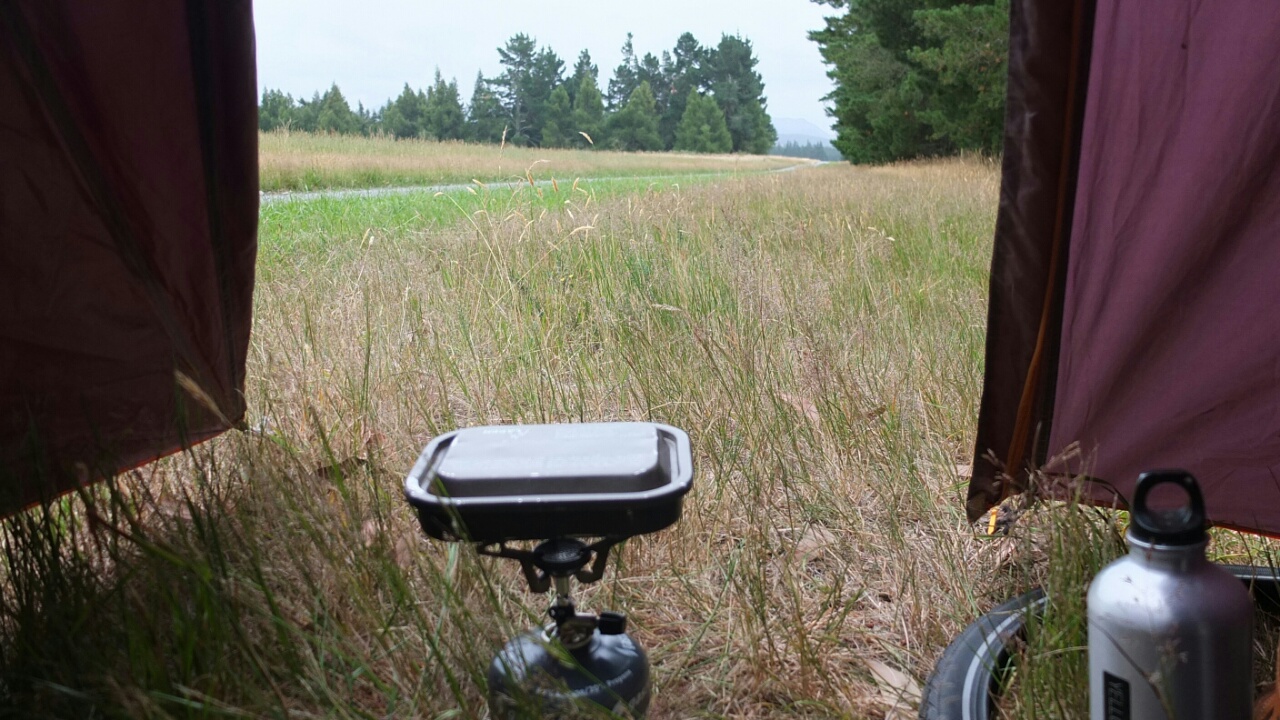 This place is good and quiet. Maybe I will see one car and I will say hello. That’s the time for a drink. 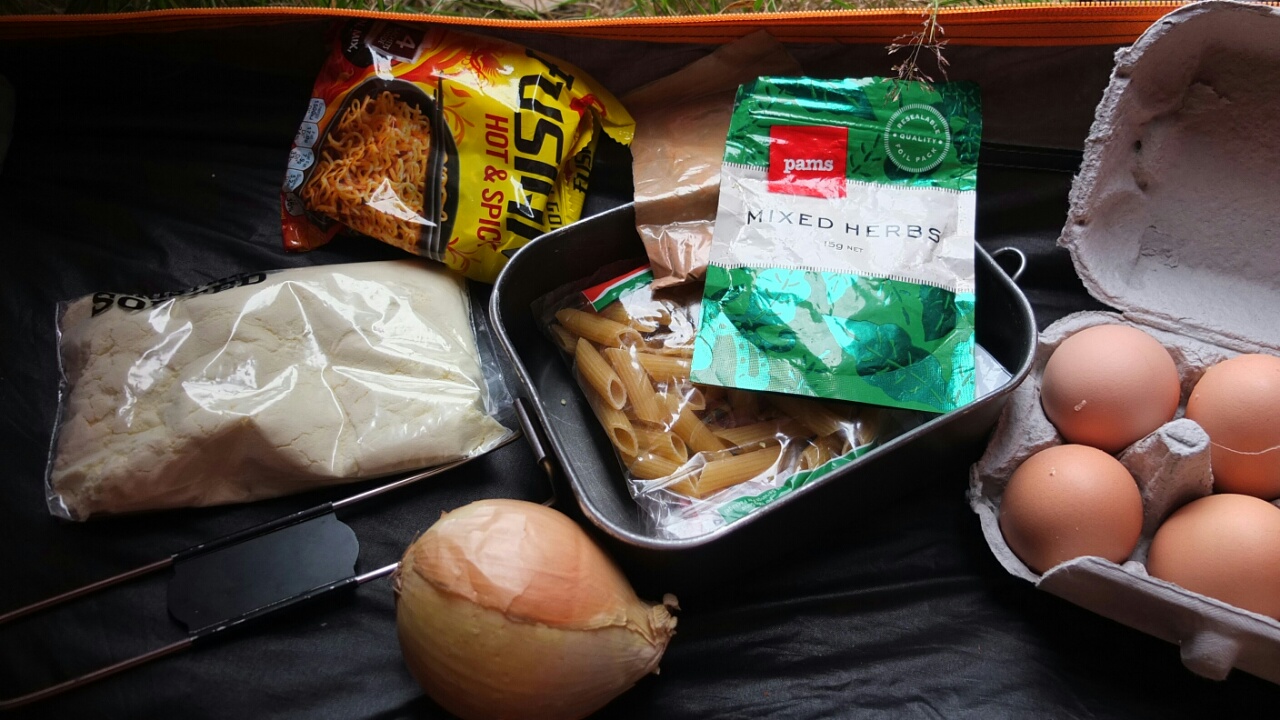 This morning I took many food from the backpacker because people leave that in the kitchen before their plane back home. So I took some : milk powder, one onion, noodles, cinnamon, herbs, pasta and eggs. I spent one more night but not for nothing :-) 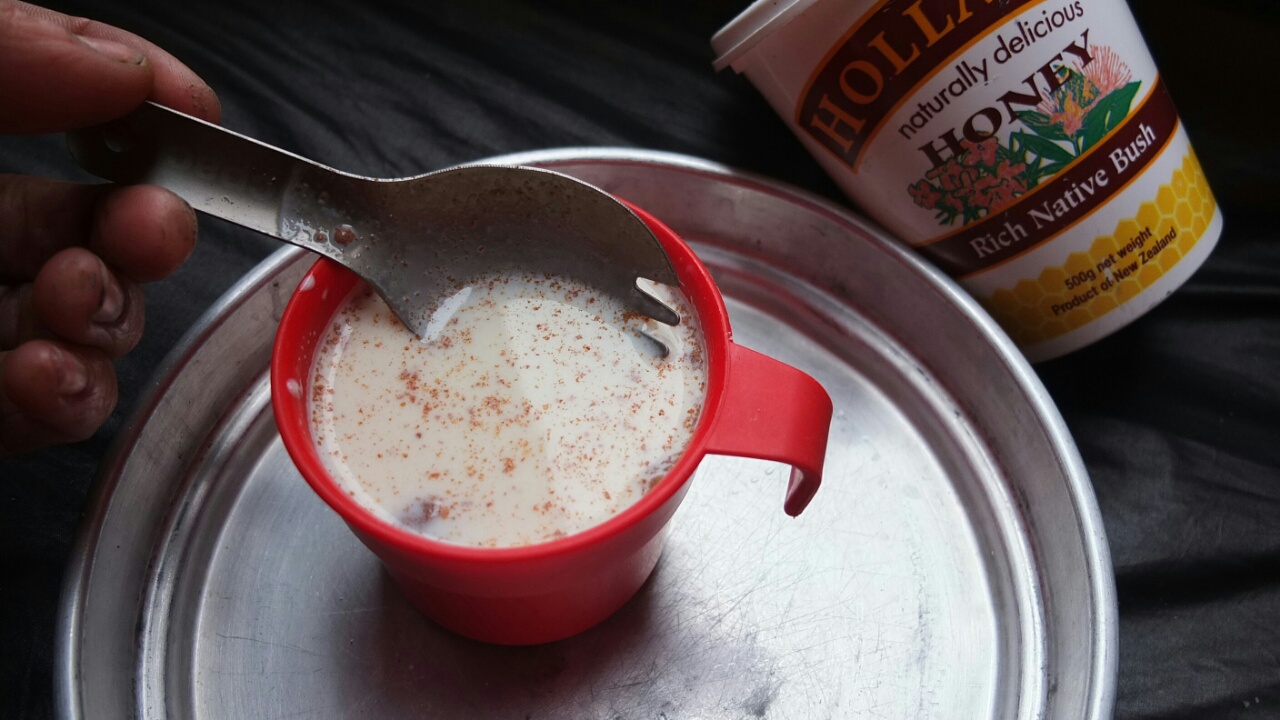