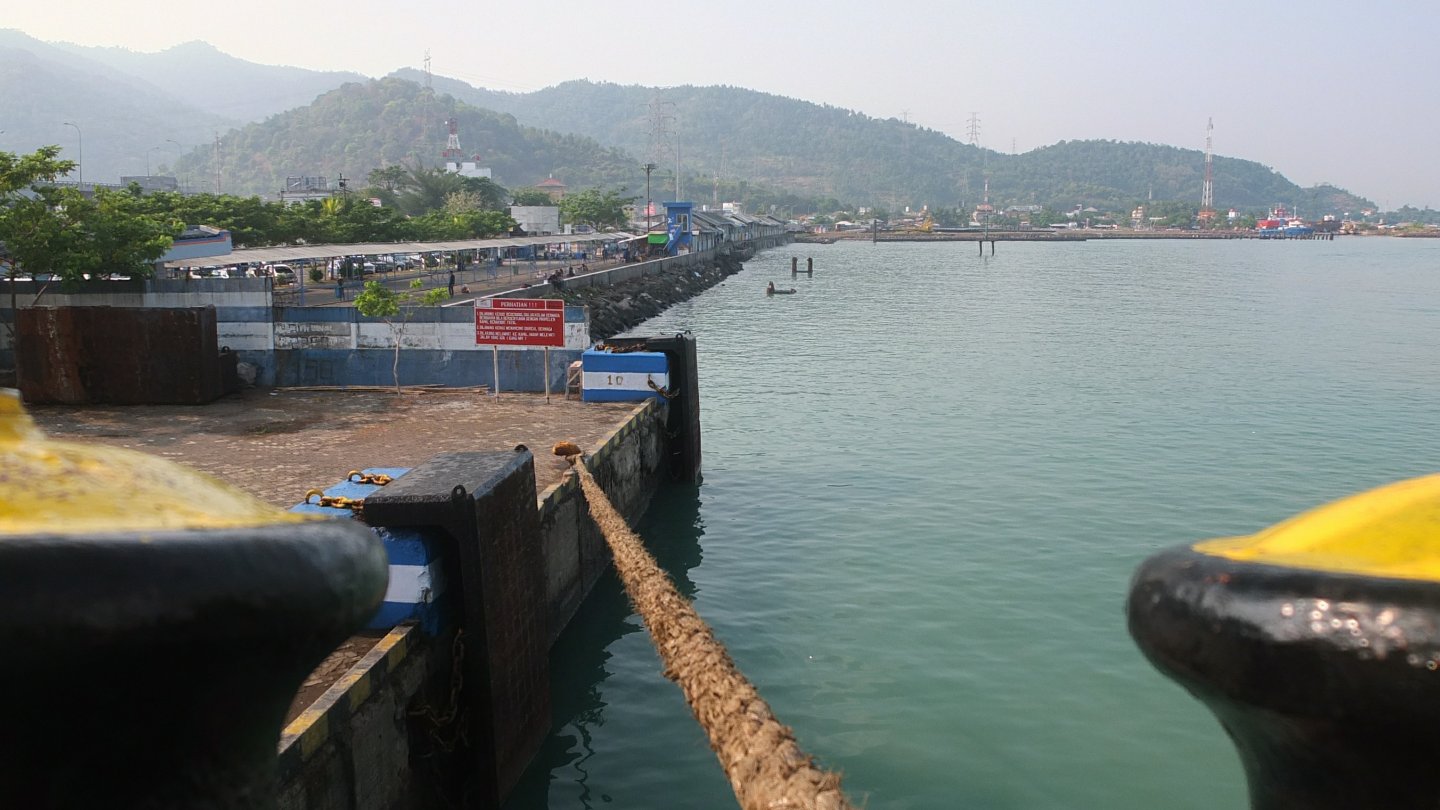 Well, I have spent the last 12 hours in a bus travelling from Kutoarjo to Merak. I did not really noticed which road we took. I did not really care about it because there was nothing to see at night. I’ve been half asleep the whole way expecting to be recharged and fresh when I would arrive to Merak. I was the last guy in the bus at the end and the driver had a moment of hesitation when he saw that I was still in the bus. Actually I was confused too. Did I miss the stop? I know it was the last stop so it should be ok. We clarified the situation and soon I had my feet on the ground and my bike to assemble again. The staff was looking at me and even helped me. They were very nice. Later on, I’ve been looking for a place where to get some breakfast. I knew the ferry here run 24/24 so time is not so important. I met a guy who was working not far away and spoke a bit of English. I had my breakfast and we chat maybe during an hour. He told me he has a friend who work in the ferry station and could help me. Well, OK, thank you. Finally I followed him and his friend who were driving a scooter. We passed across different entrances, I did not see any queue. When we arrived front of the “bridge” that goes to the ferry the guy told me “you can go”. “But where do I pay?” “This is OK”.

END_OF_DOCUMENT_TOKEN_TO_BE_REPLACED 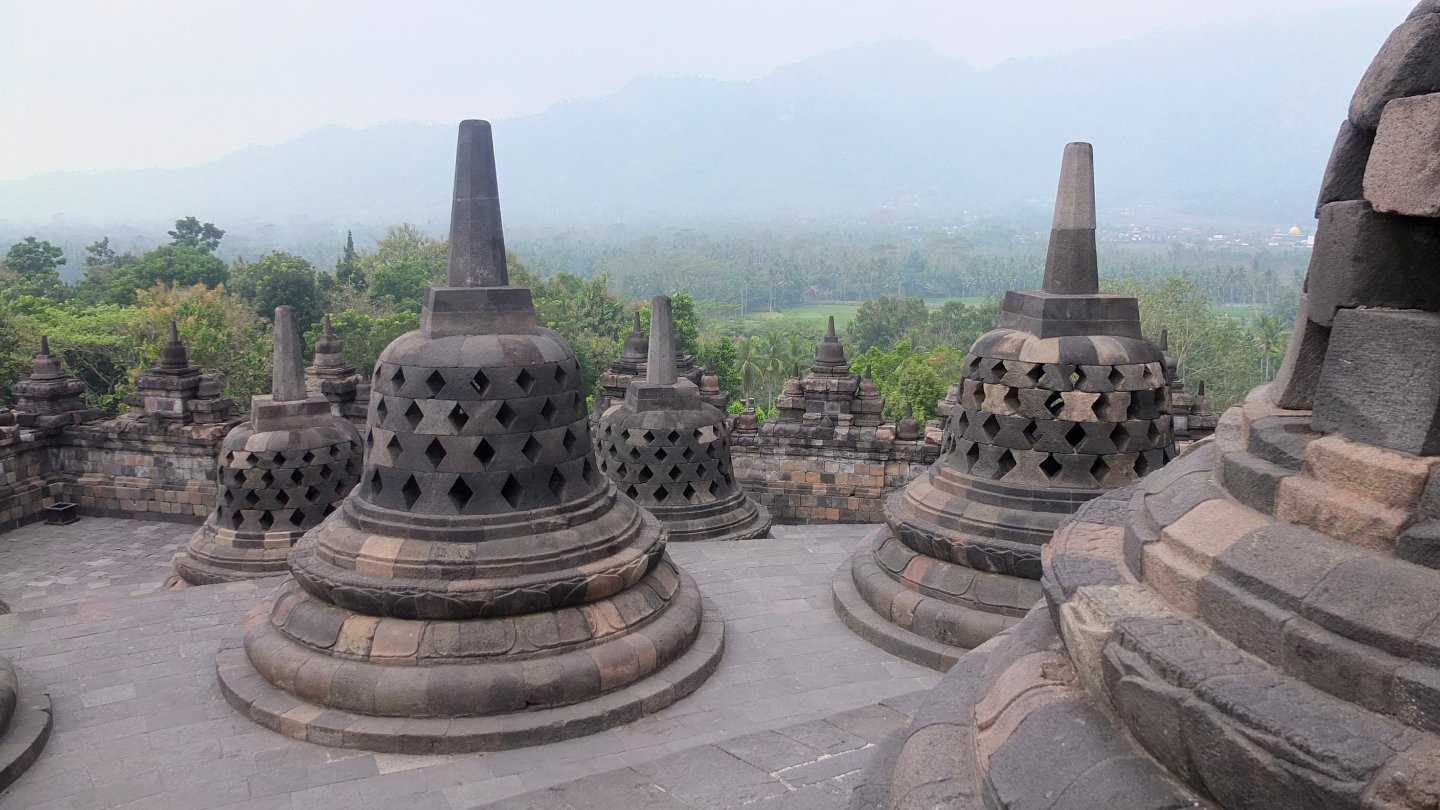 Today is a full day. First I’ve visited one if the most famous Buddhist temple in Asia called Borobudur. The temple is still used for pilgrimage; once a year, Buddhists in Indonesia celebrate Vesak at the monument, and Borobudur is Indonesia’s single most visited tourist attraction (Wikipedia sources). Then I’ve cycled to Kutoarjo and expected to catch a train to Merak. But the train was full so I took a bus during 12 hours to Merak from where I will catch a ferry to go to Sumatra. Luckily, I’ve done all of that just on time.