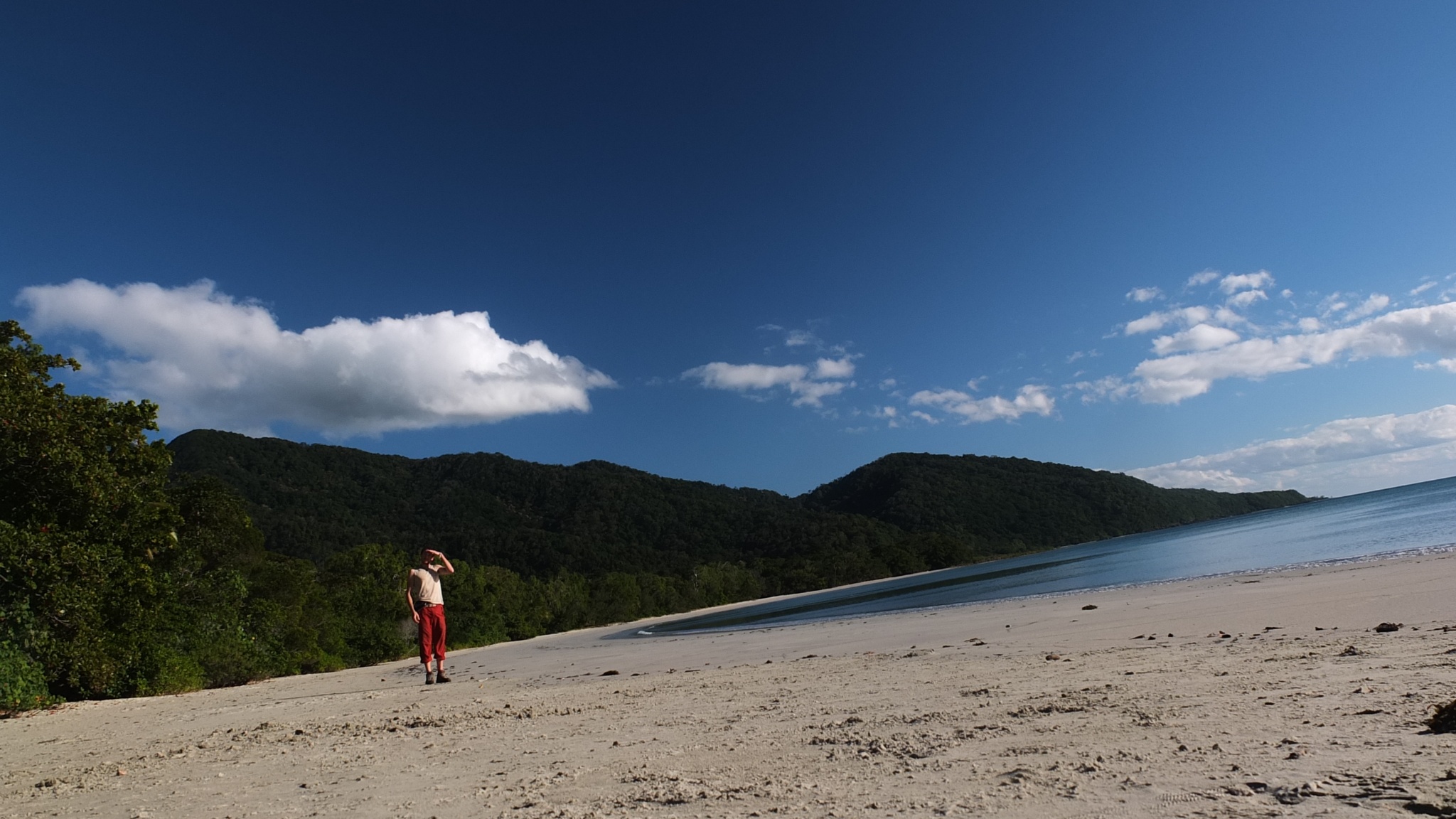 Hey :-) I’ve finally decided to continue my trip towards Cooktown. It should be a pity to come until the cape and come so closed to Cooktown! From here to the town of mister Cook the road is only allowed for 4WD vehicles. But I’ve got a MTB and I’m going to rock this trail! Let’s go! 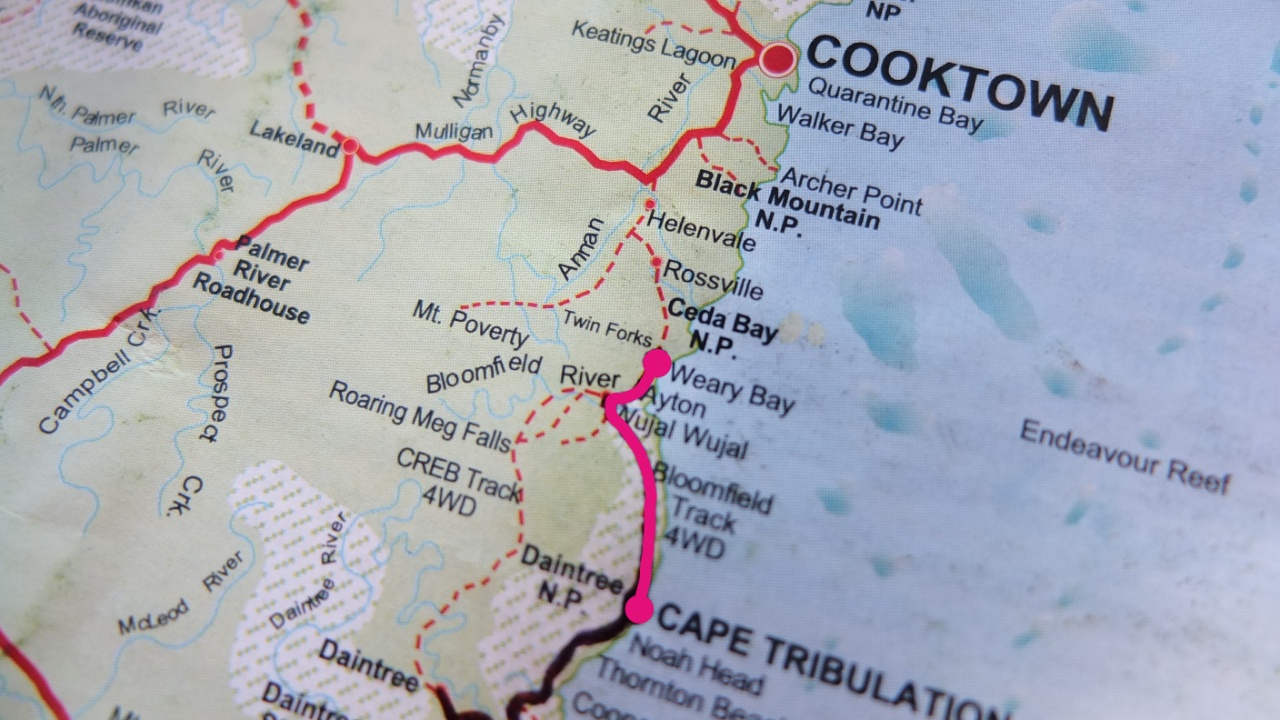 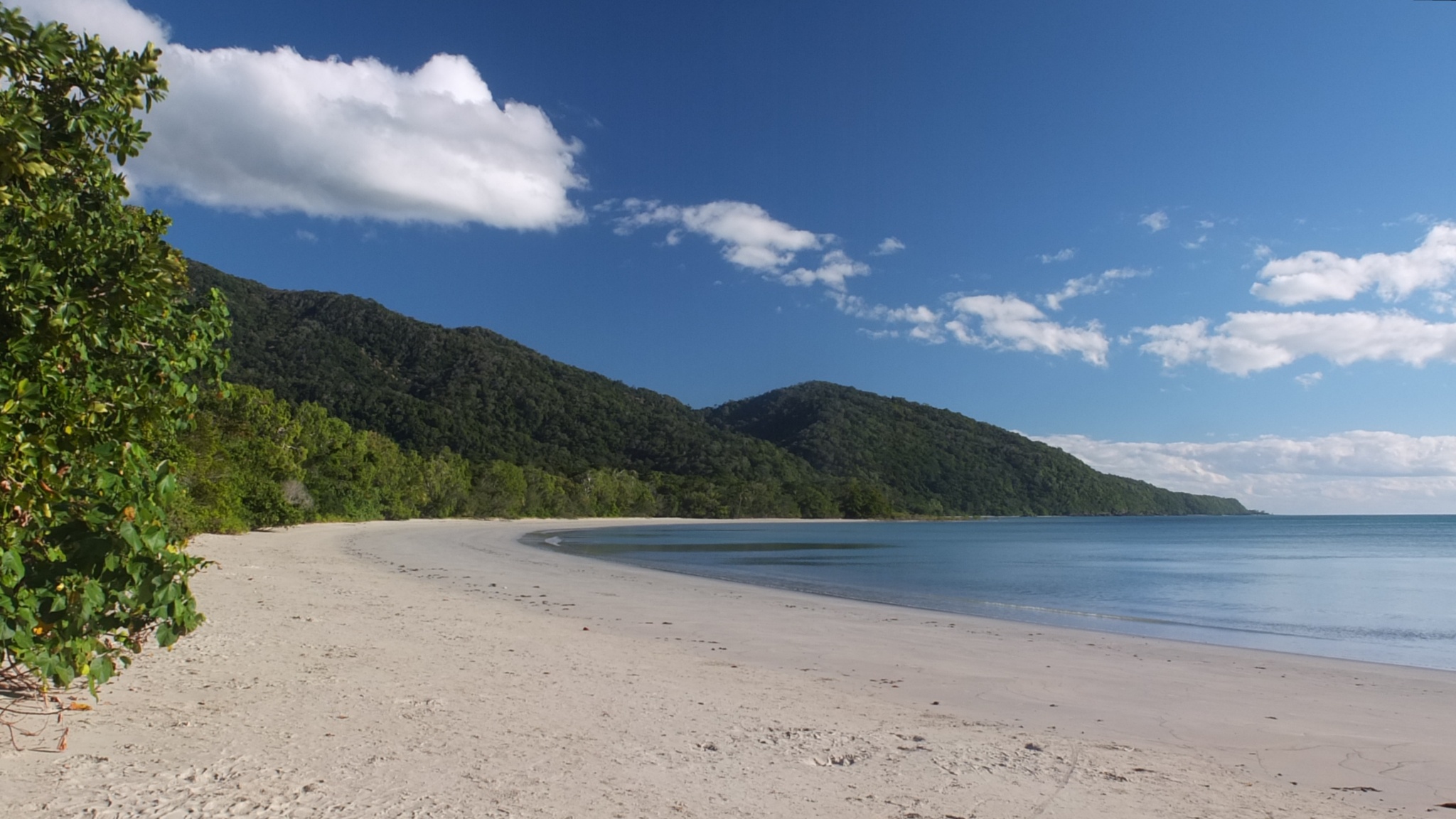 Today is wonderful and this place as well. The cape is just behind me and the view is Wouhaaa :-D

I’ve walked 5 minutes on a short track and accessed to a platform. I’m now onto the cape peninsula and I can see the end of the beach onto where I were few minutes ago. Finally I prefered the first point of view… 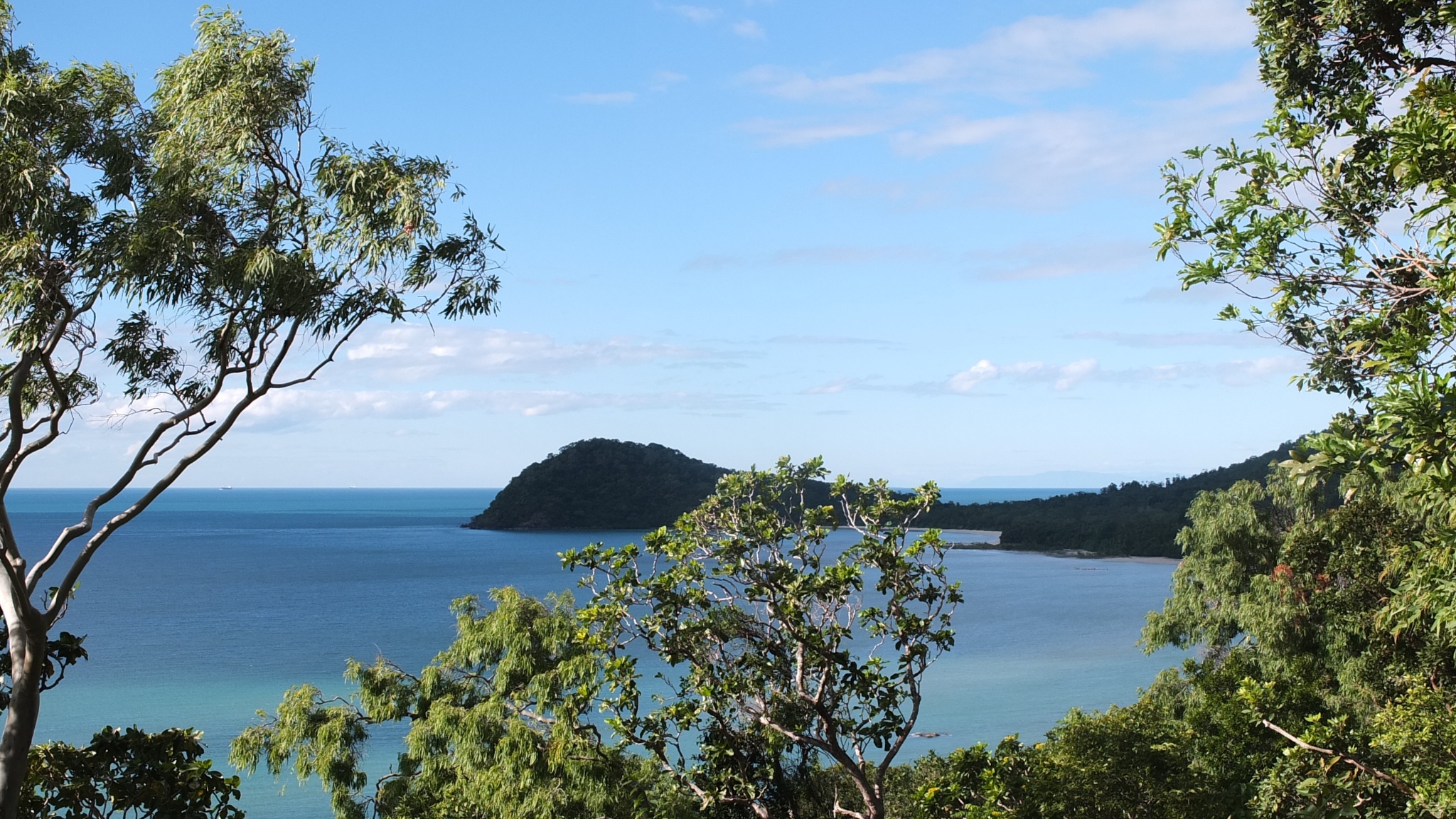 I’ve start riding and this the cape Tribulation front of me now. I’m starting going up hill already. This day is gonna be hard… 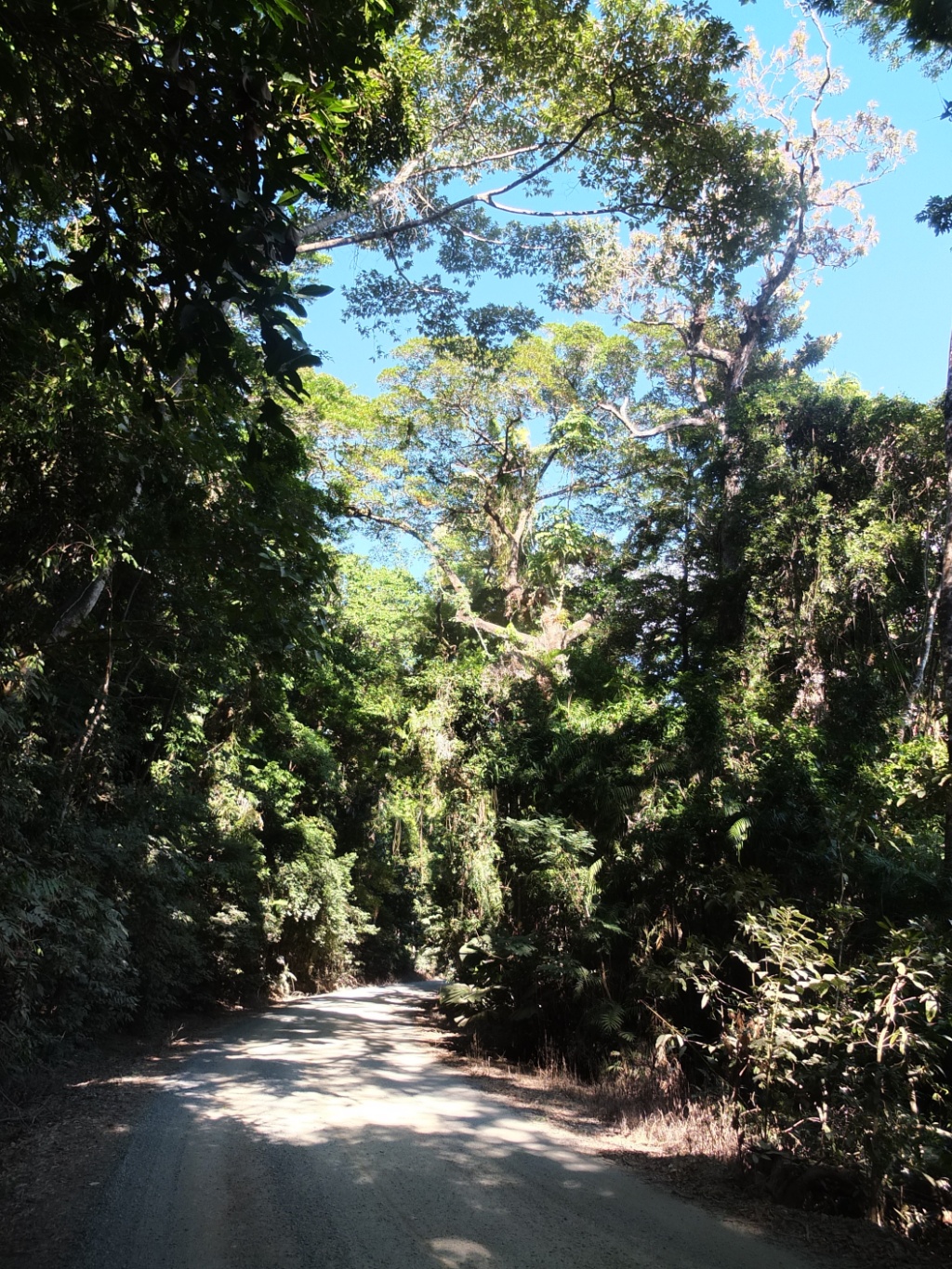 Hmm, finally the first hill was short and it’s quite easy now. The road is smooth, the wind behind me, there is not too much cars. But I know there is some big hill with high grade. They call them “range” and one of them is really steep, 33%!! Gloups! I’m going to push today, I know that. 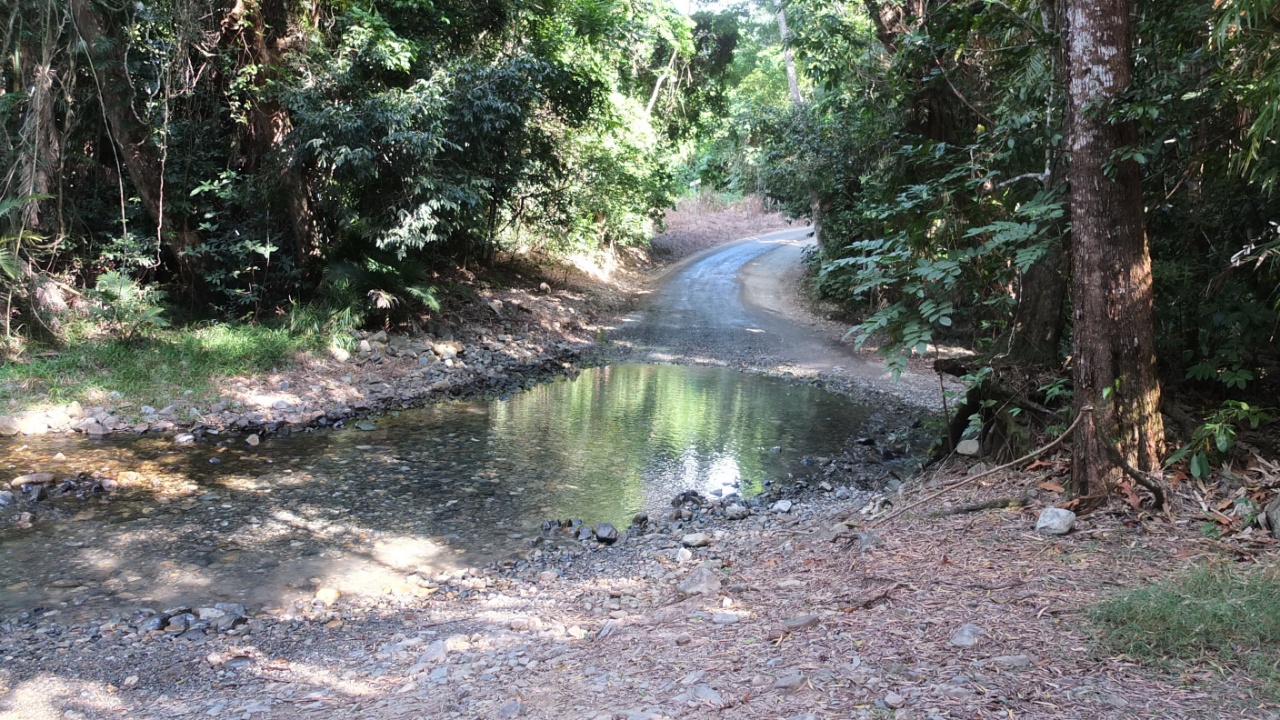 And a first river to cross. Crocodile where are you? Nobody? Rah too easy… 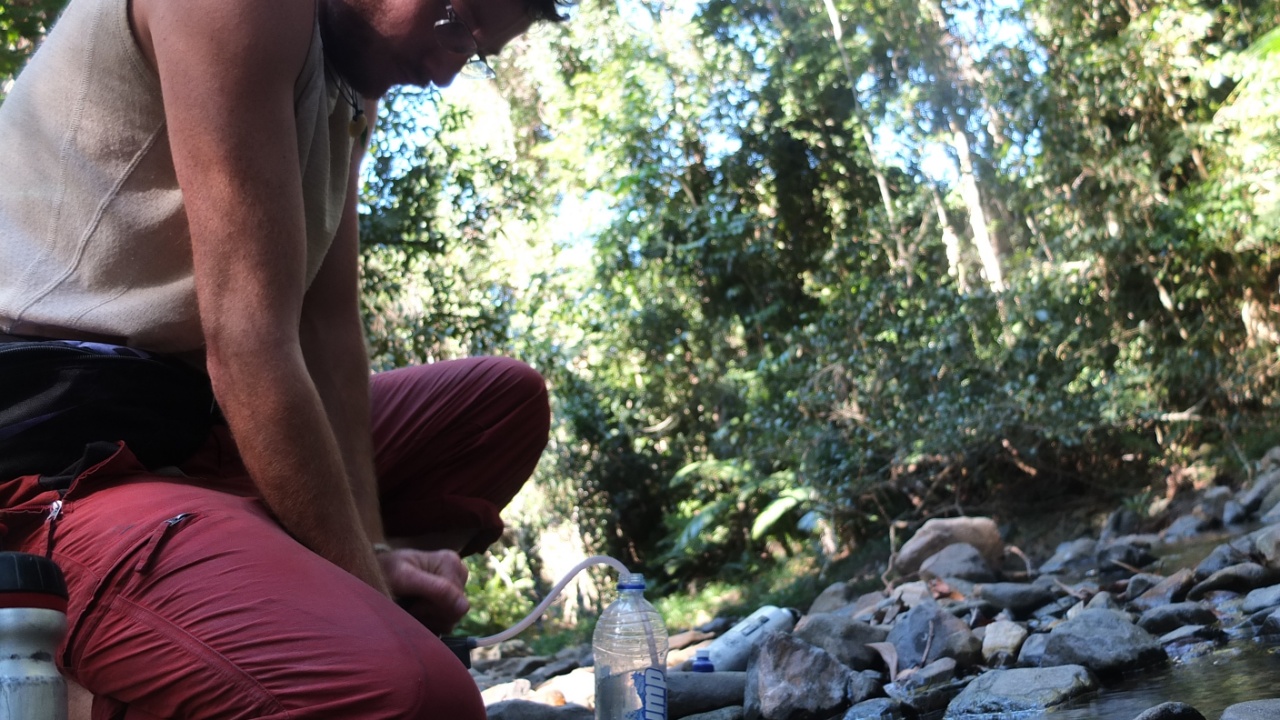 Let’s filter some water so I could drink as much as I want :-D 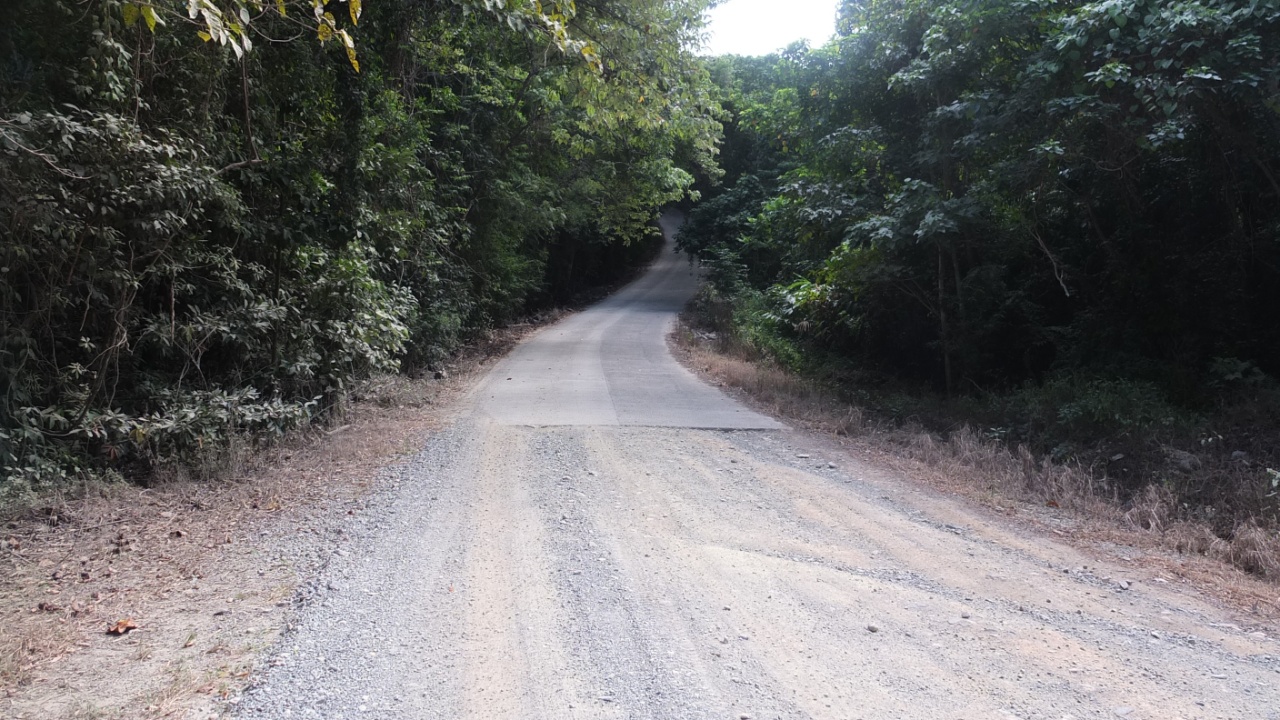 Aïe, aïe! AÏE!! This is the first range. Looks steeper in reel than on the picture. Let’s push! 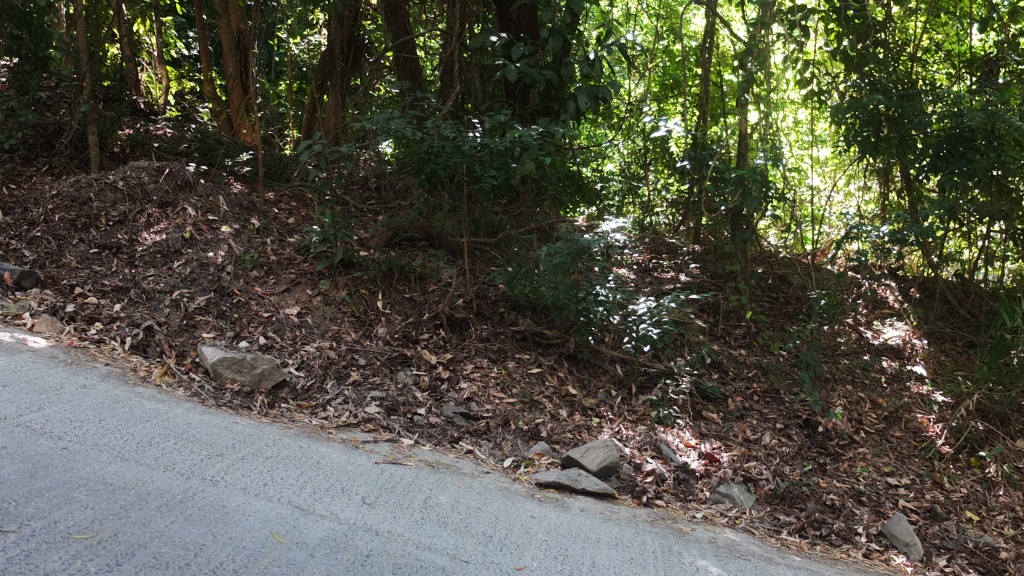 The grade is about 22%. I concentrating on doing 20 steps and then have break. 20 more steps, break. Fiou! Fortunately everybody on their 4WD (4×4) encourage me or at least say hello. Thank you guys, I appreciate very much :-) 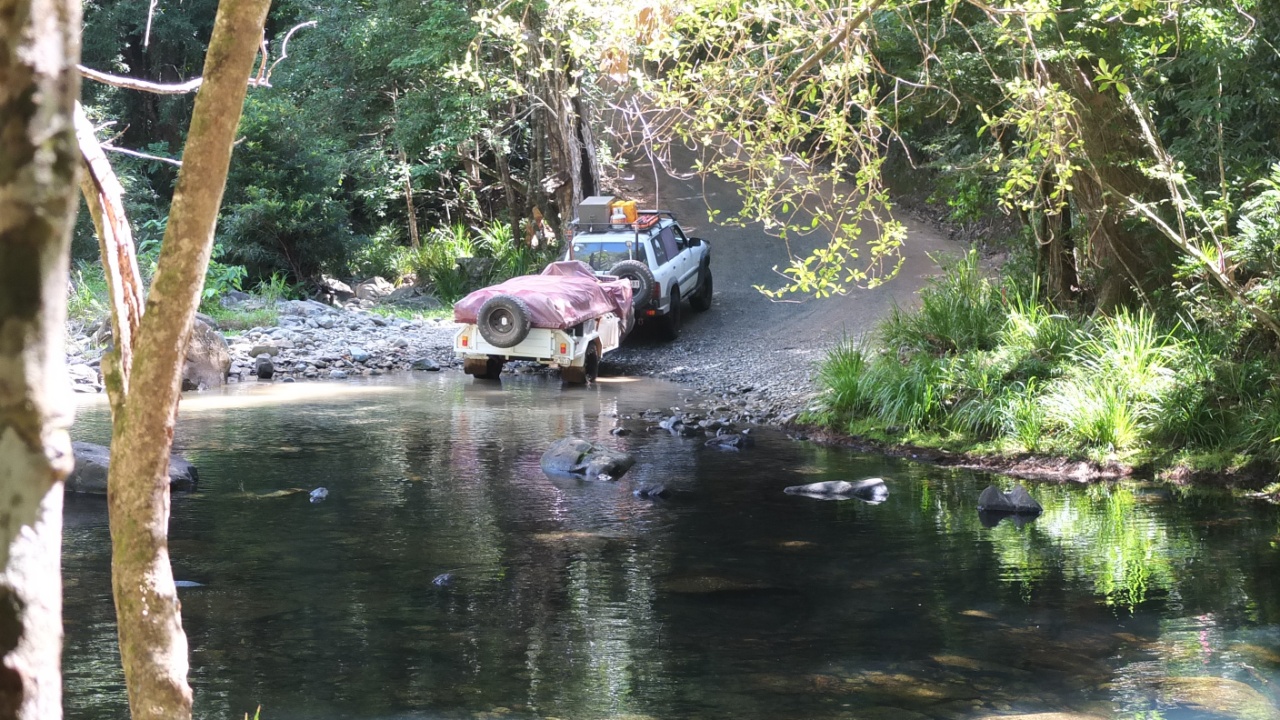 I’ve just crossed another river. This one was a bit deeper than the others but it was okay. And no crocodiles yet! Are they shy or what?
Just before that I’ve done the biggest range of the day! The 33%! And fortunately it was downhill. And fortunately again, I’ve got disc brakes! That was cool :-) 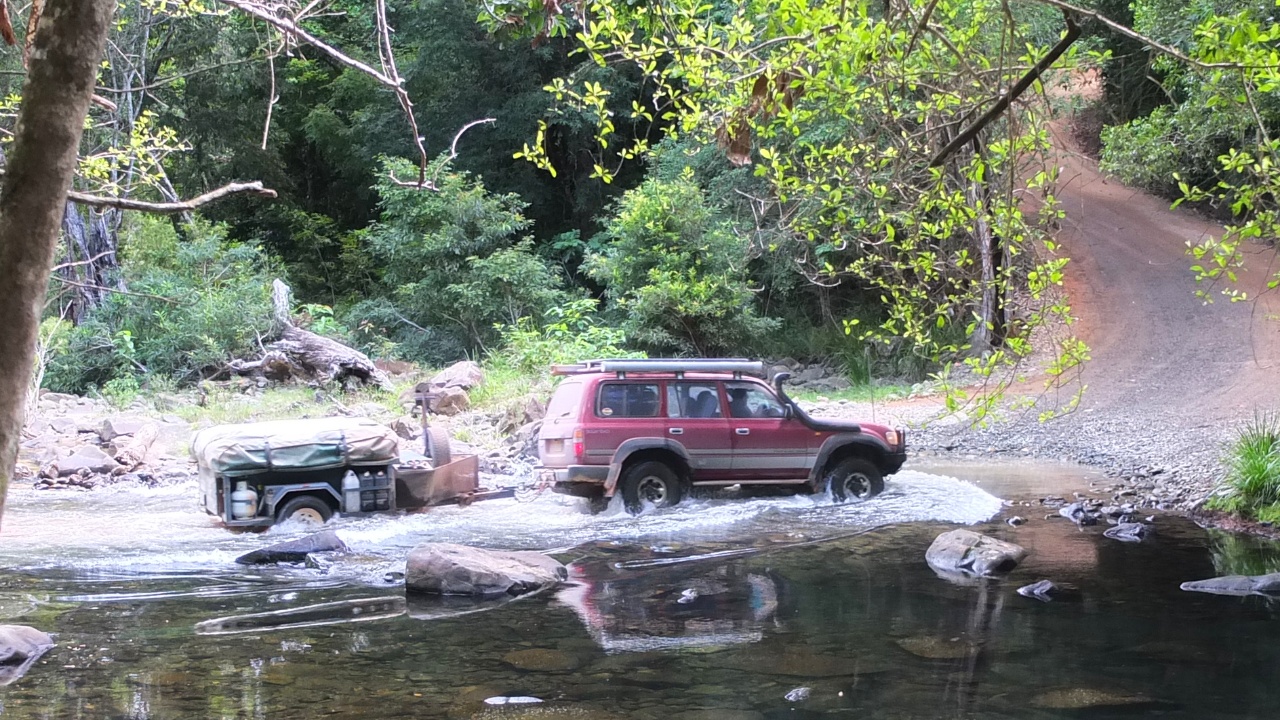 I like the style of those 4WD with the trailer. They looks cool. I’m now having my lunch and fire minutes ago a car came down the river, cross it, and lost something in the water. That was a inside wheel protection, quite a big piece! The guy looked around his car, underneath, then put the thing in his car and continue his ride. Crazy! At the beginning of the road there is especially a panel that mention “only 4WD”. I think his car will explode before the end. 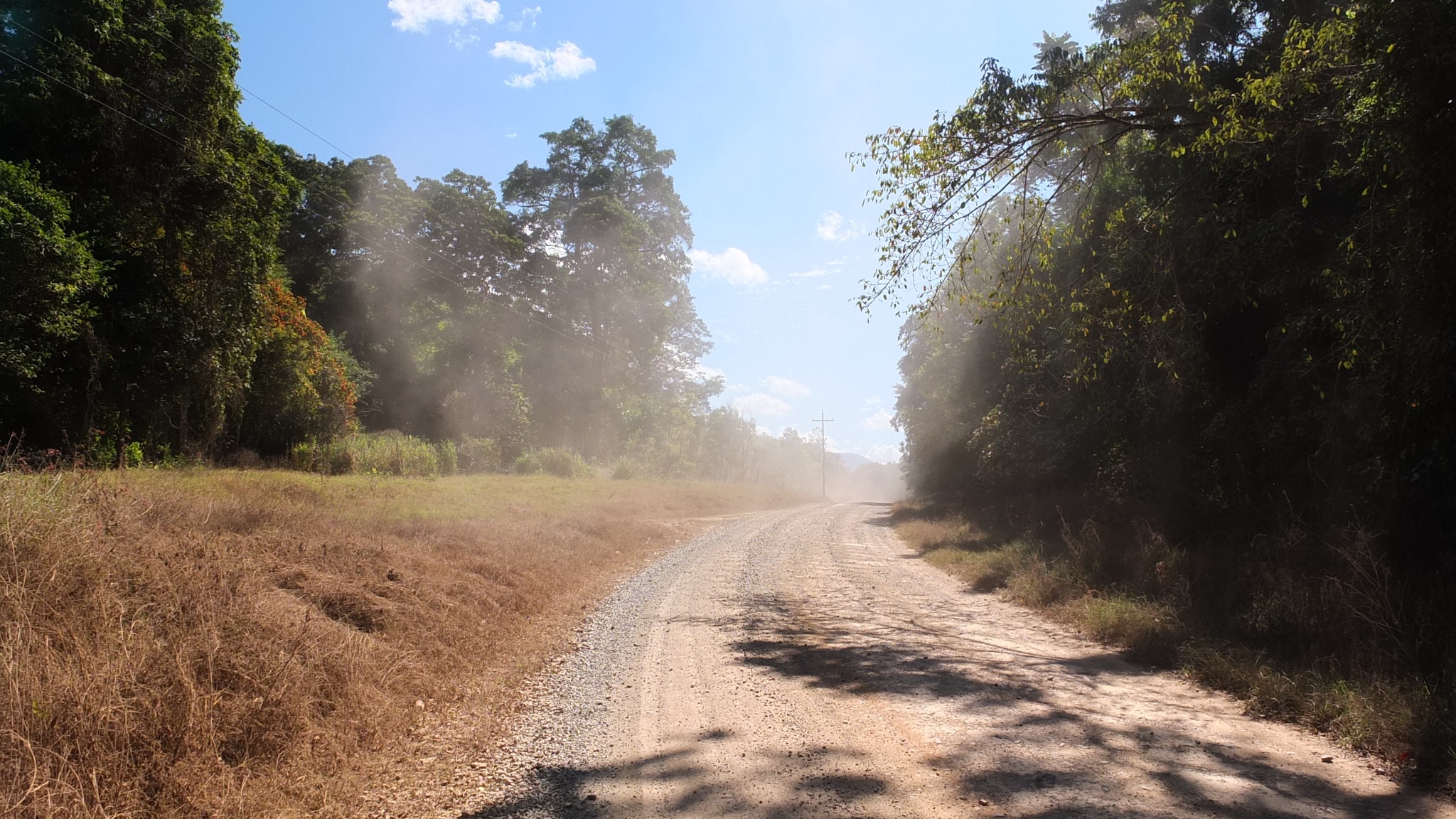 This road is dusty and when a car pass next to me I can’t see nothing for few seconds. I wanted to take a picture to show that but I was late. It’s maybe better for my camera… 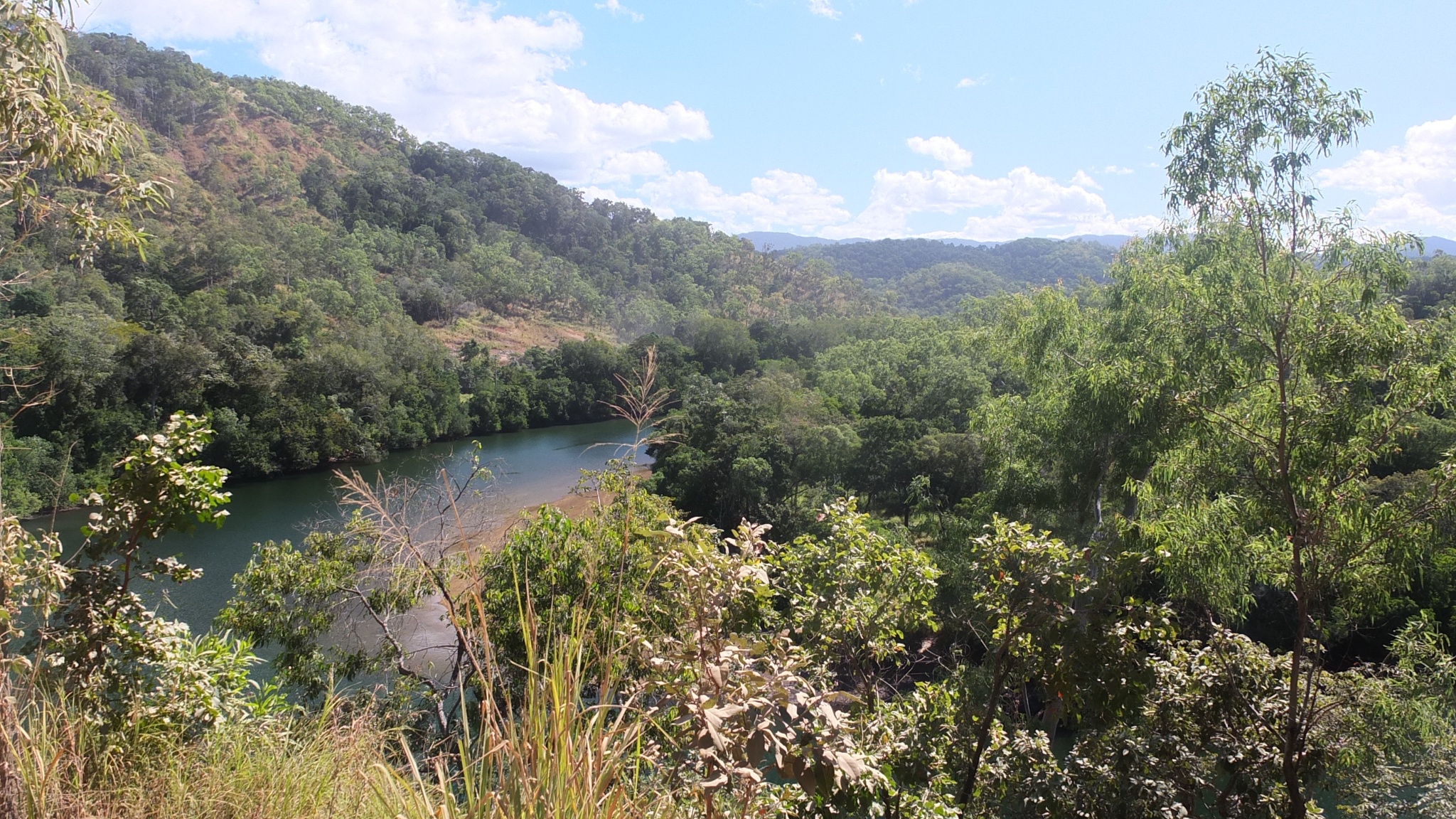 I’m going up hill and it’s very hot (about 31°) but at least there is anodyne something to see.

Yes, this shot is better. 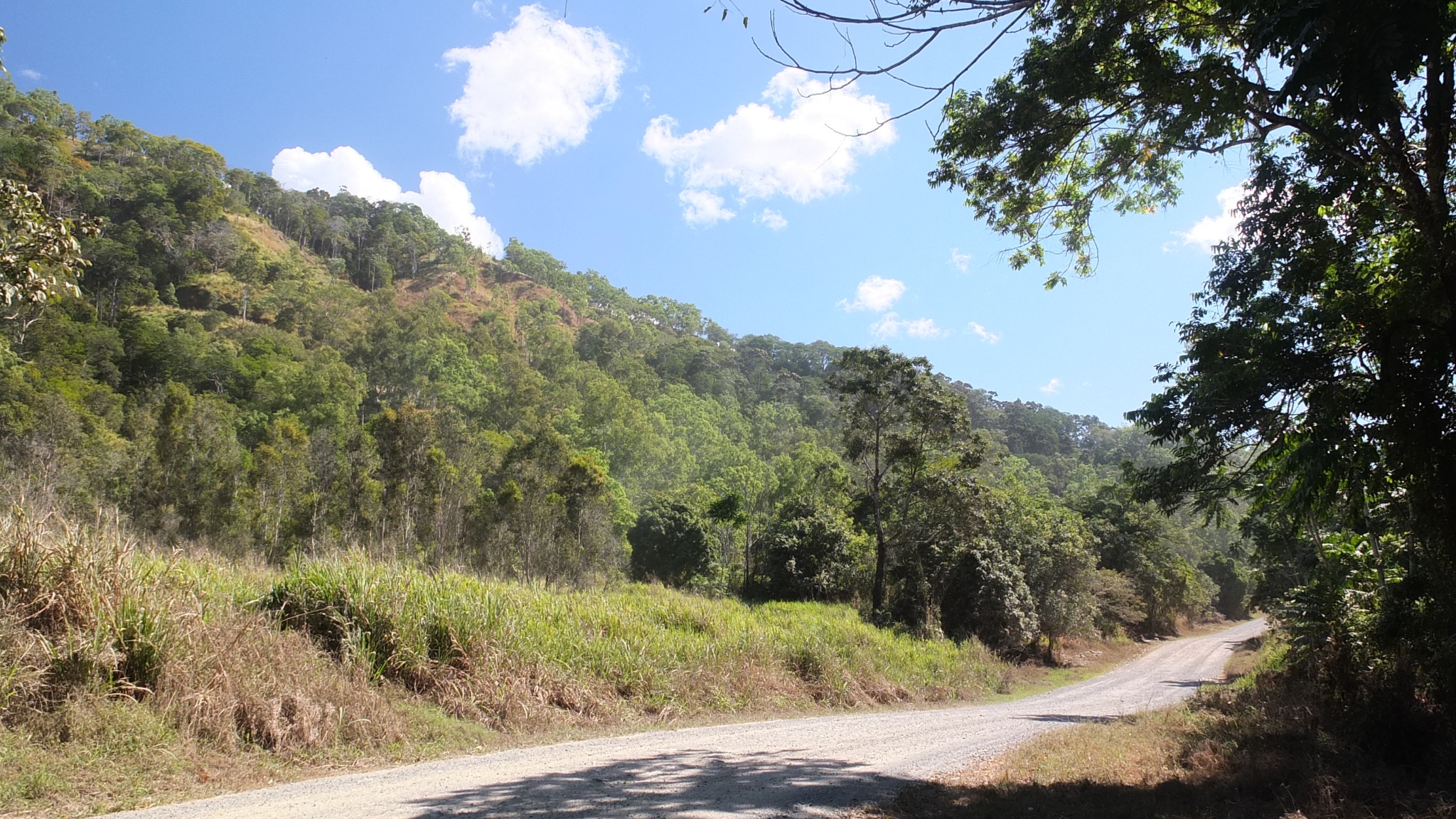 Fiou! I’m having a break now. It’s too hot. The sun is burning me! 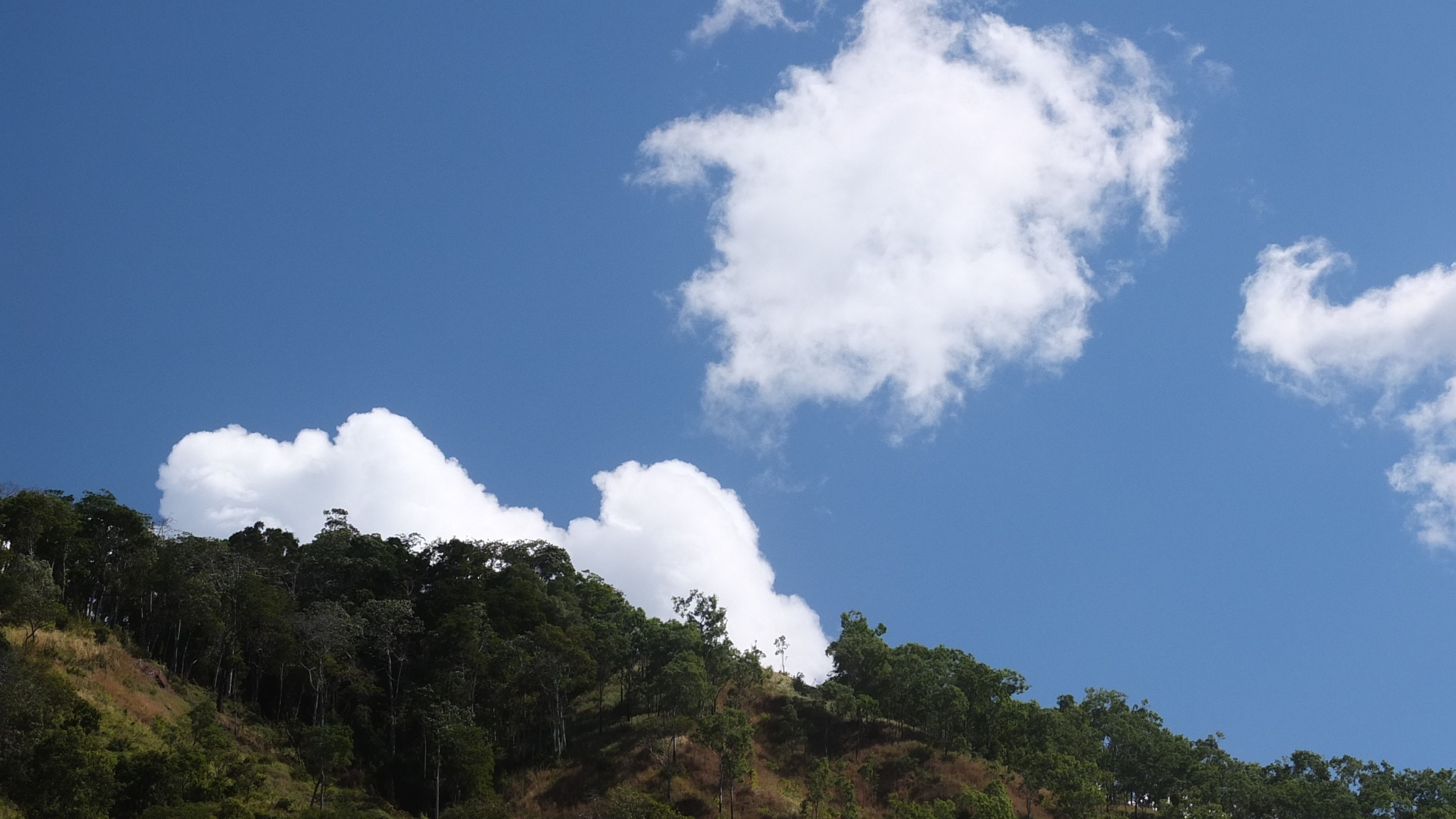 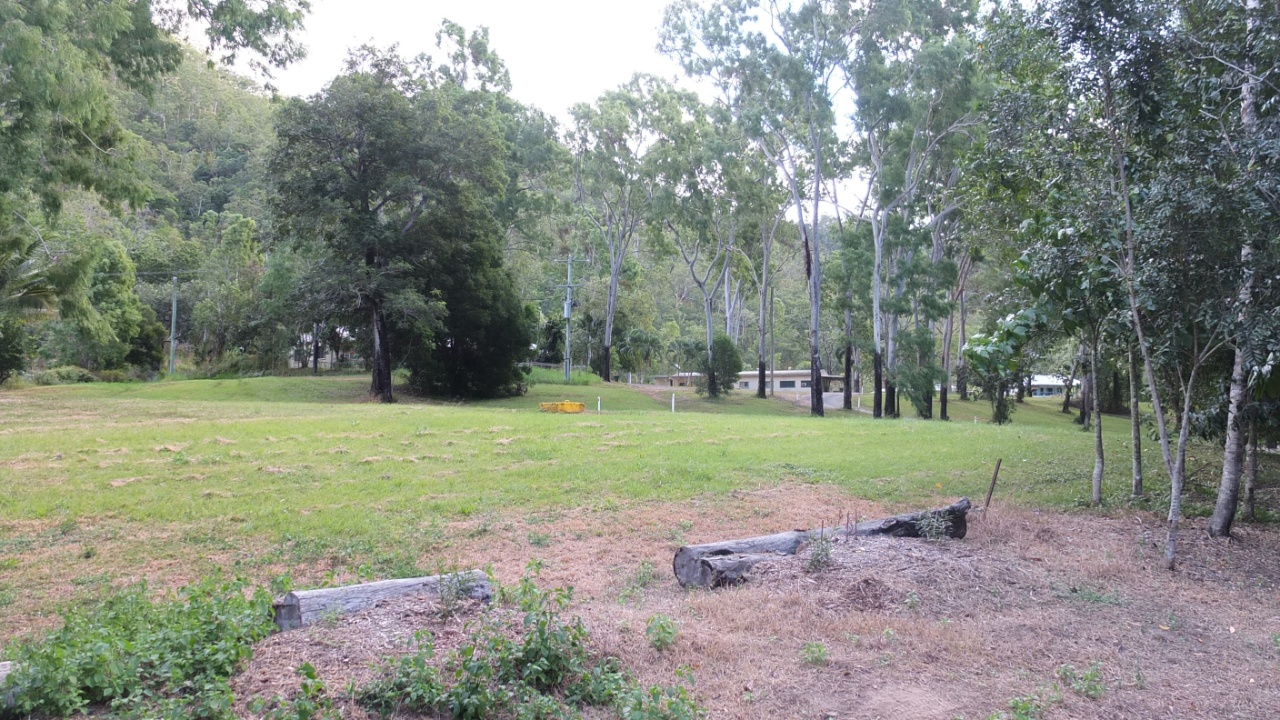 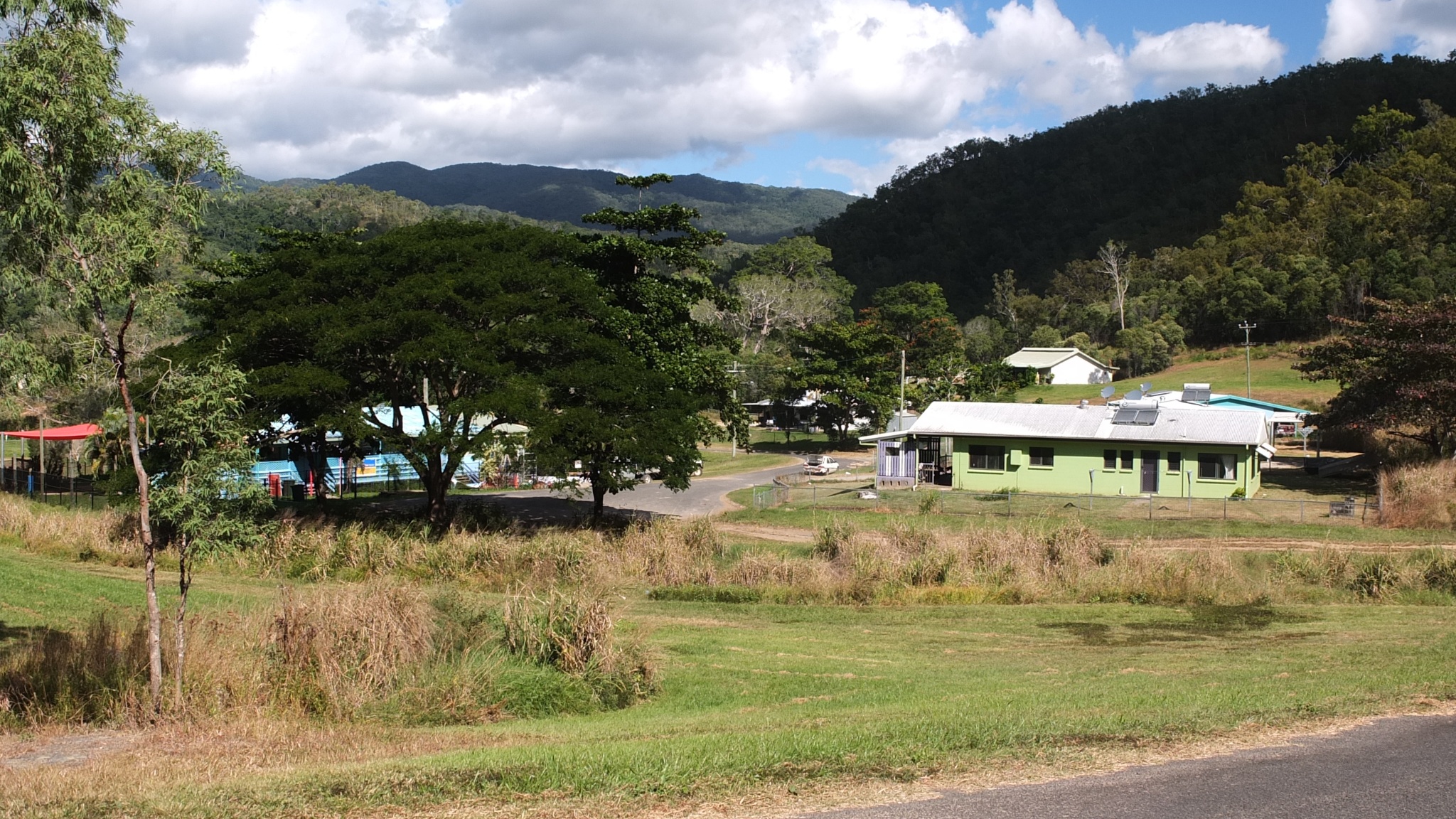 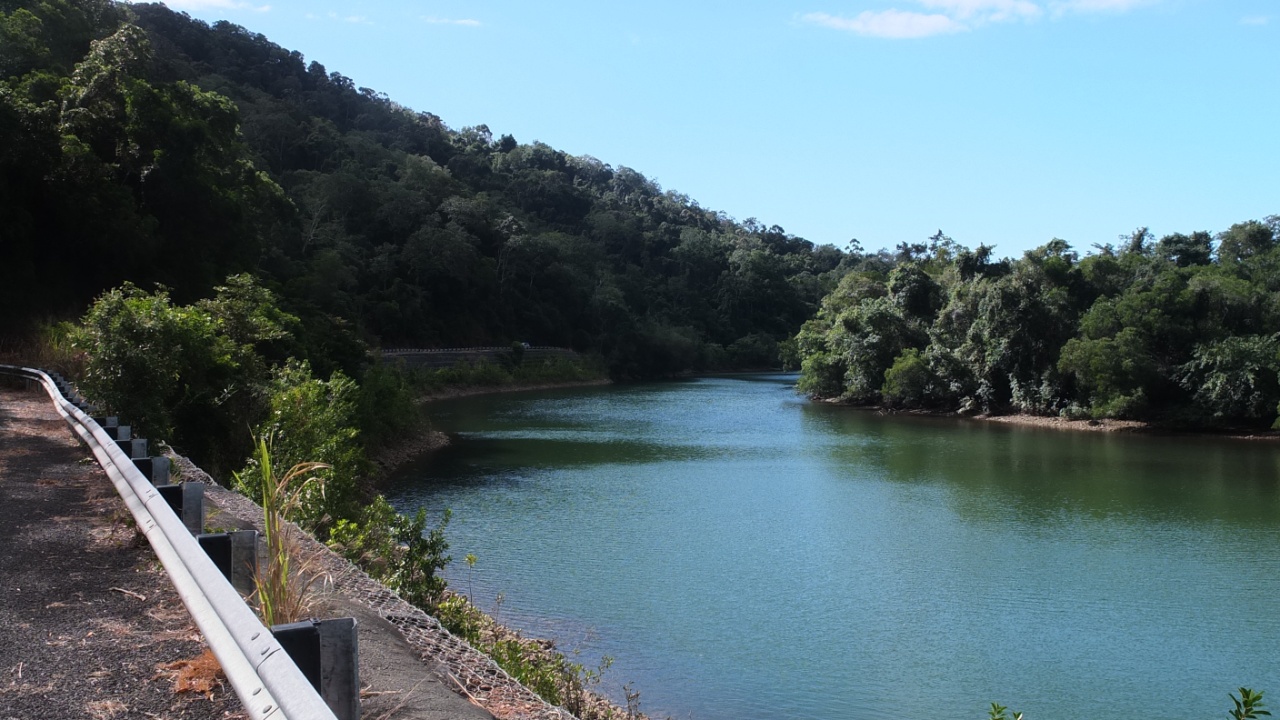 I know Ayton is next to the sea and I feel like I’m not so far from it. 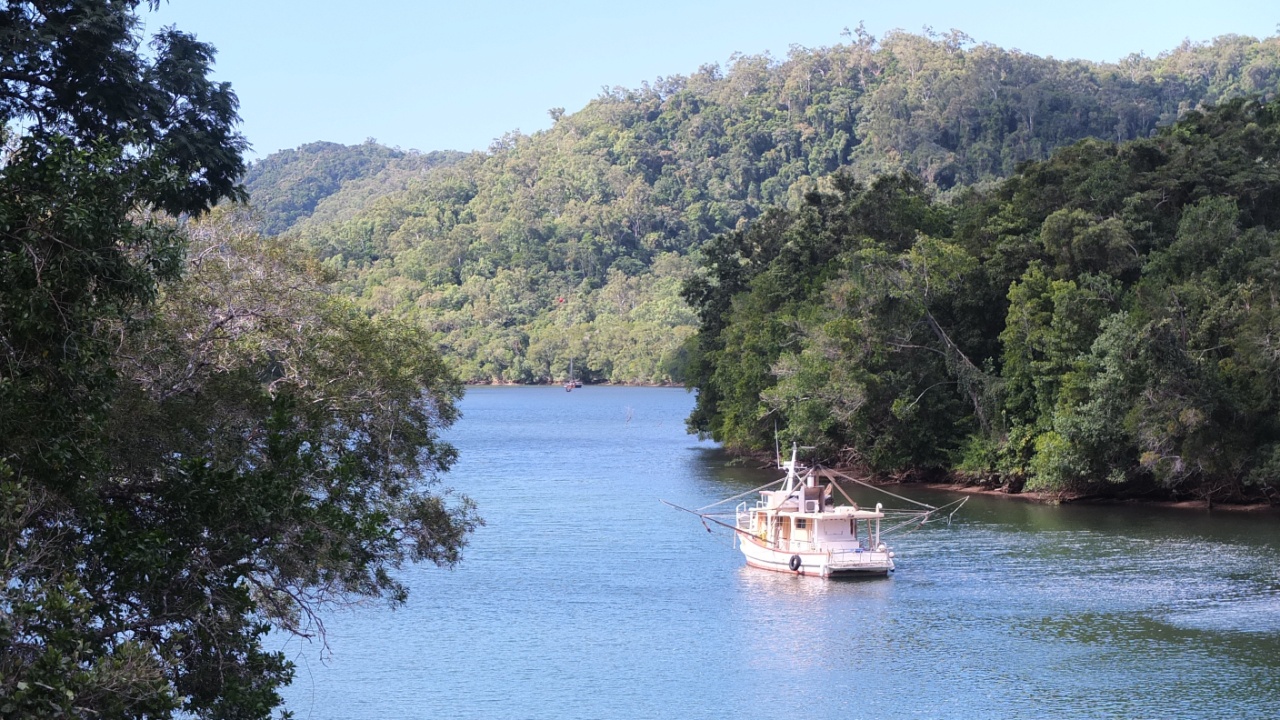 A small fishing boat. Or a crocodile fishing boat! I’ve checked around and nothing is moving… rah! I want to see one! 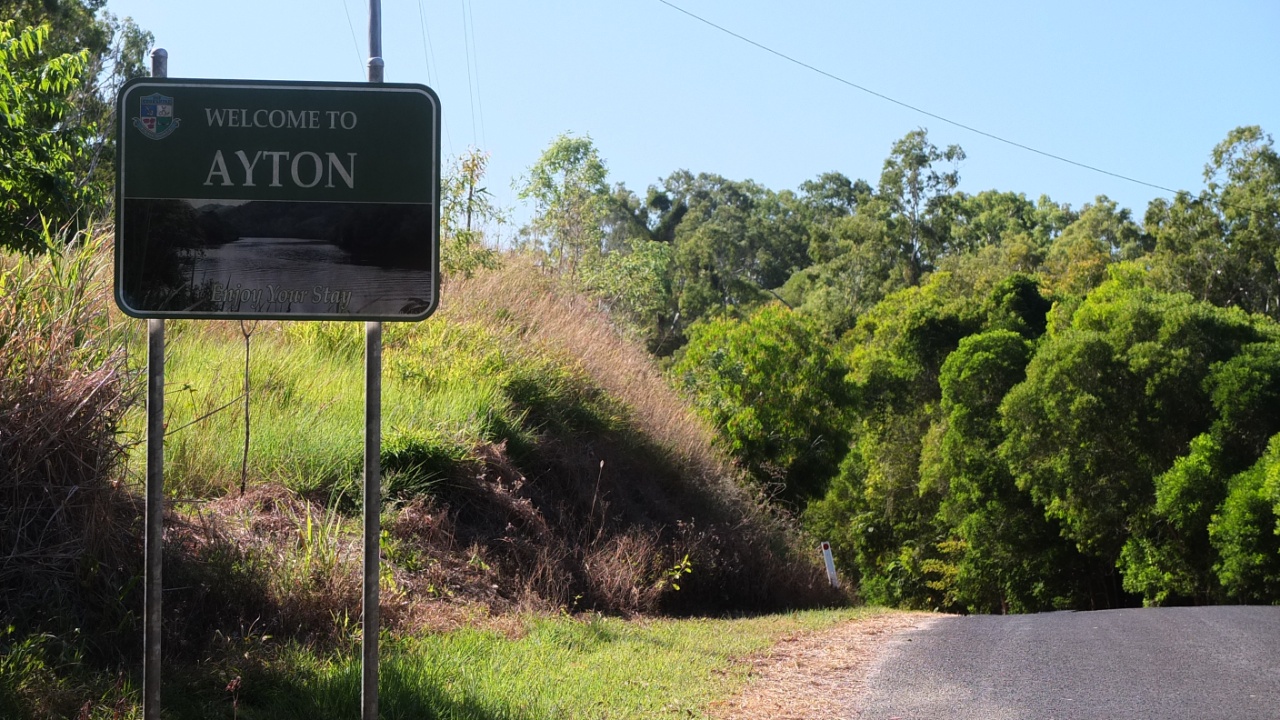 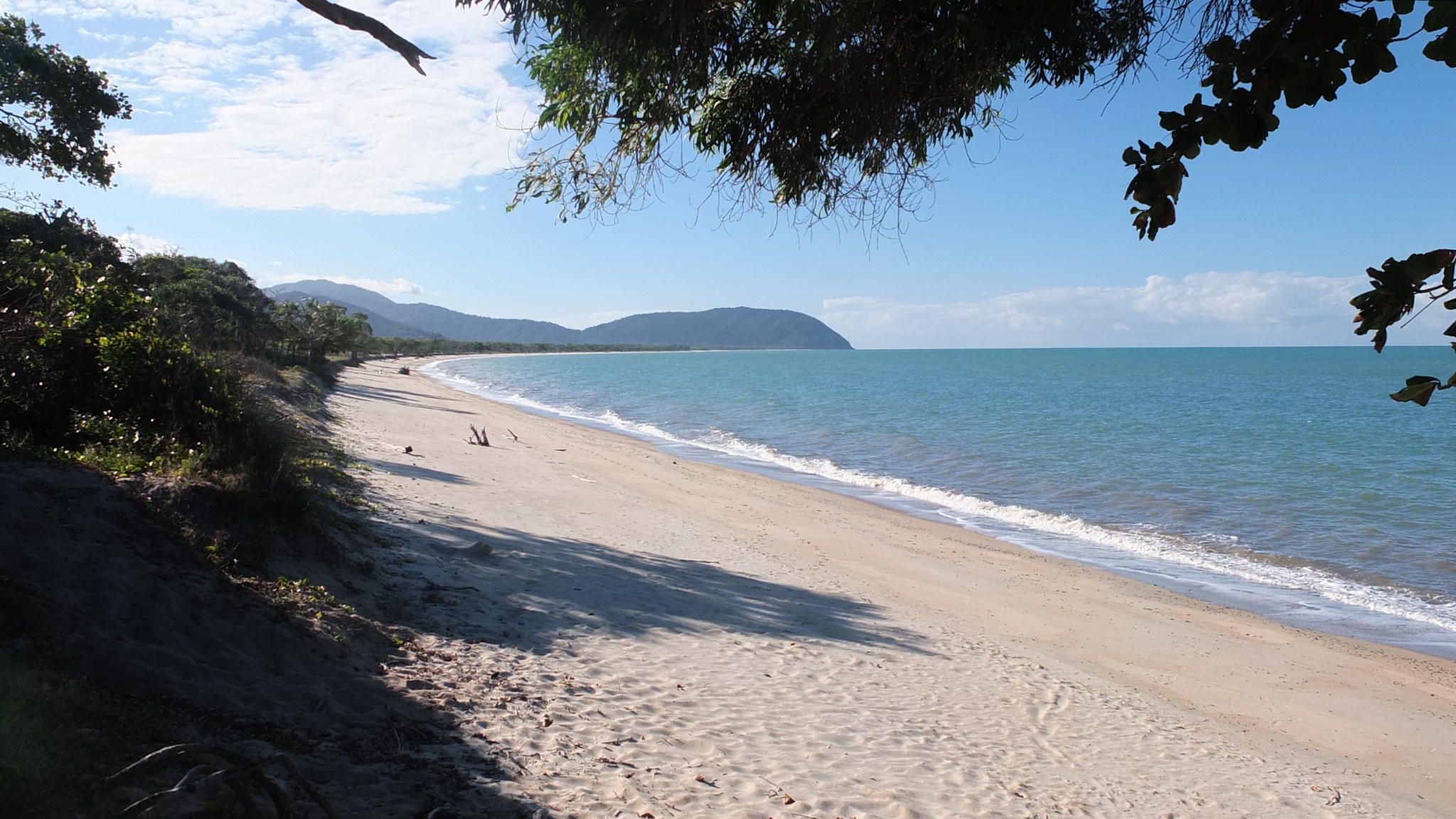 Hmm, I stopped in Ayton just to drink a cocacola and eat a banana. Then, there was nothing special to do. The only thing I knew is : there is a campsite next to the beach. I don’t need to go in a campsite so i continued my way and discovered this nice place :-) 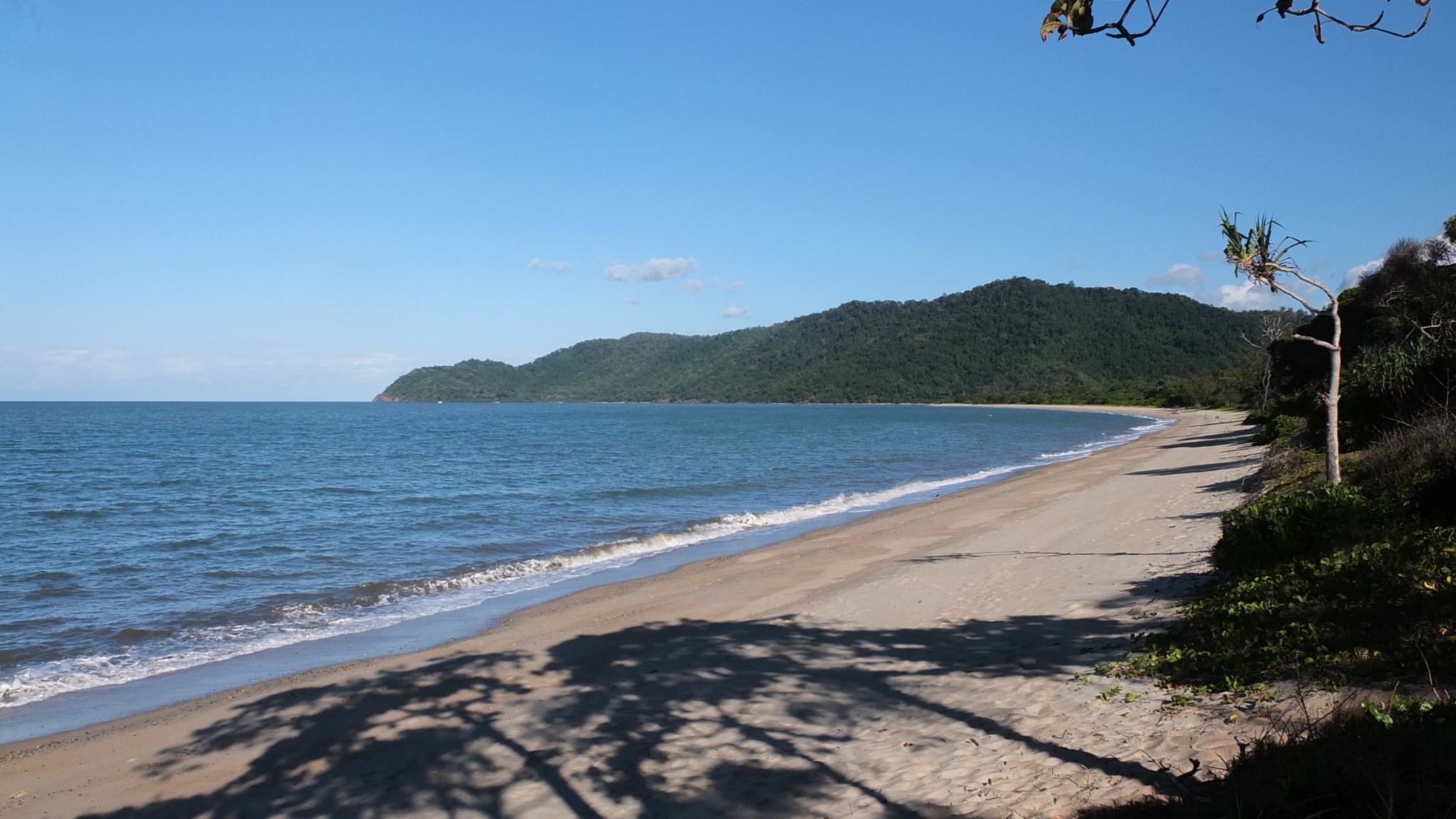 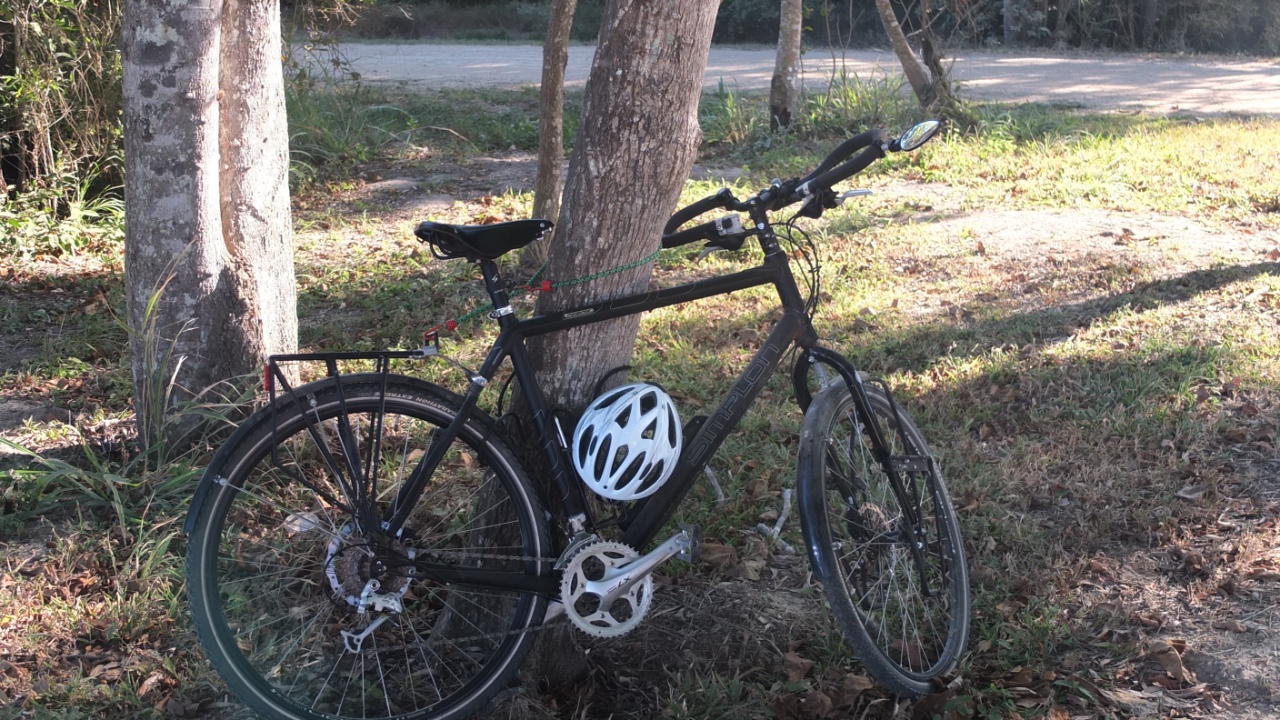 This bike is certainly owned by a traveller like me but I can’t see him or her around. Strange… maybe he/she was eaten by a crocodile! 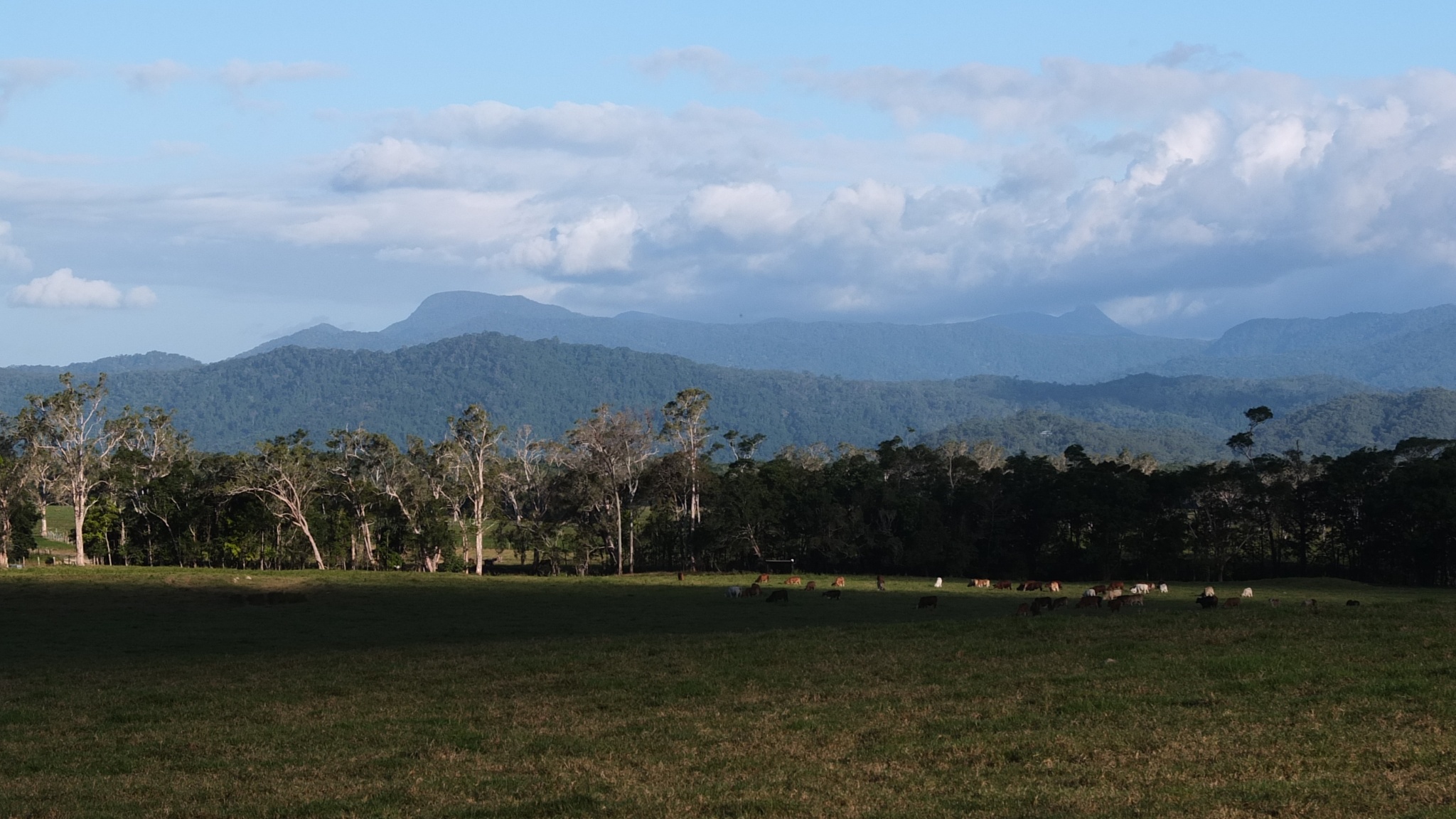 I’m still riding now and there is some field around. I can distinguish cows over there but they are too far to take a clear picture of them. 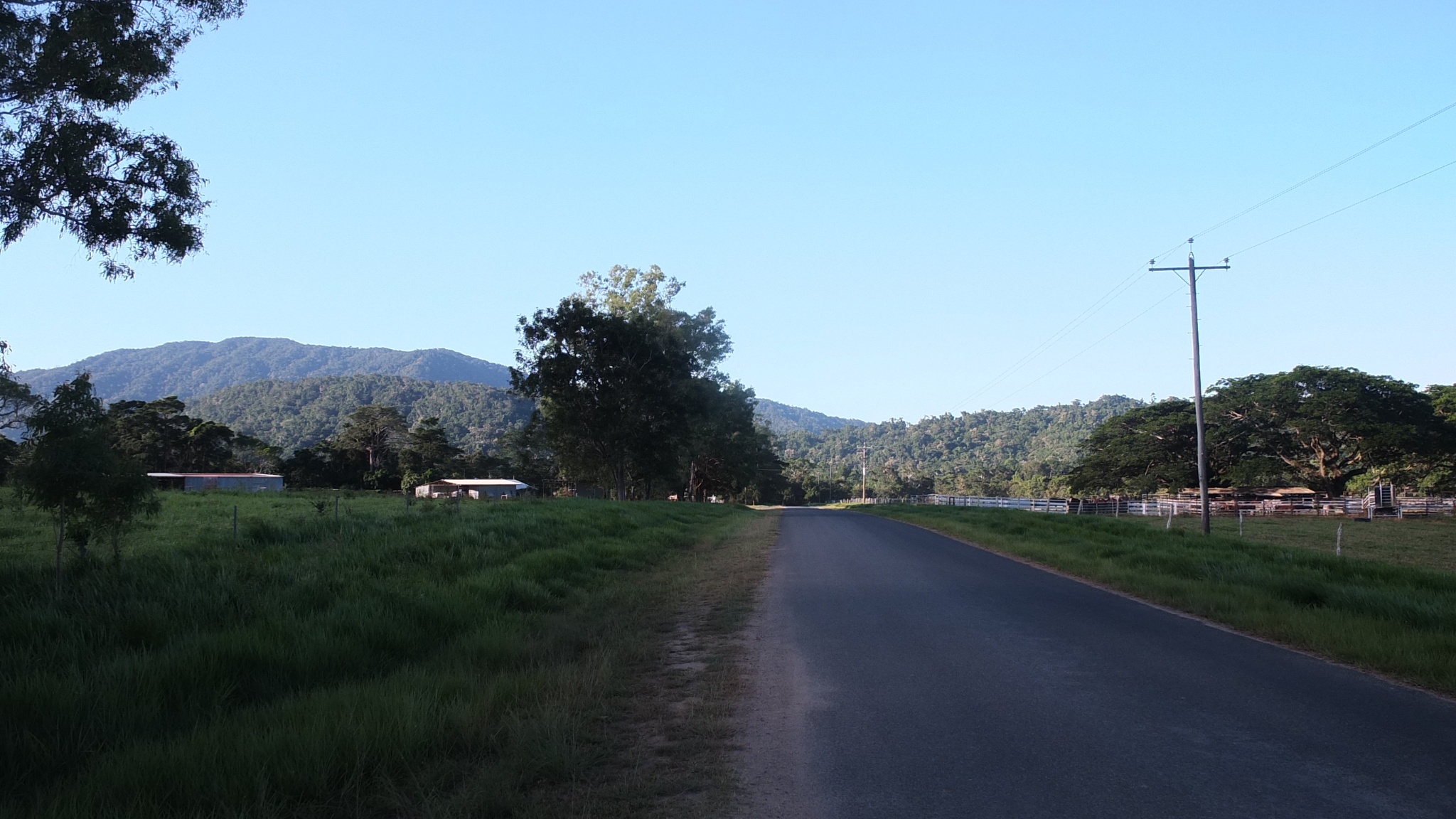 I’m not onto a gravel road anymore but it should restart later. 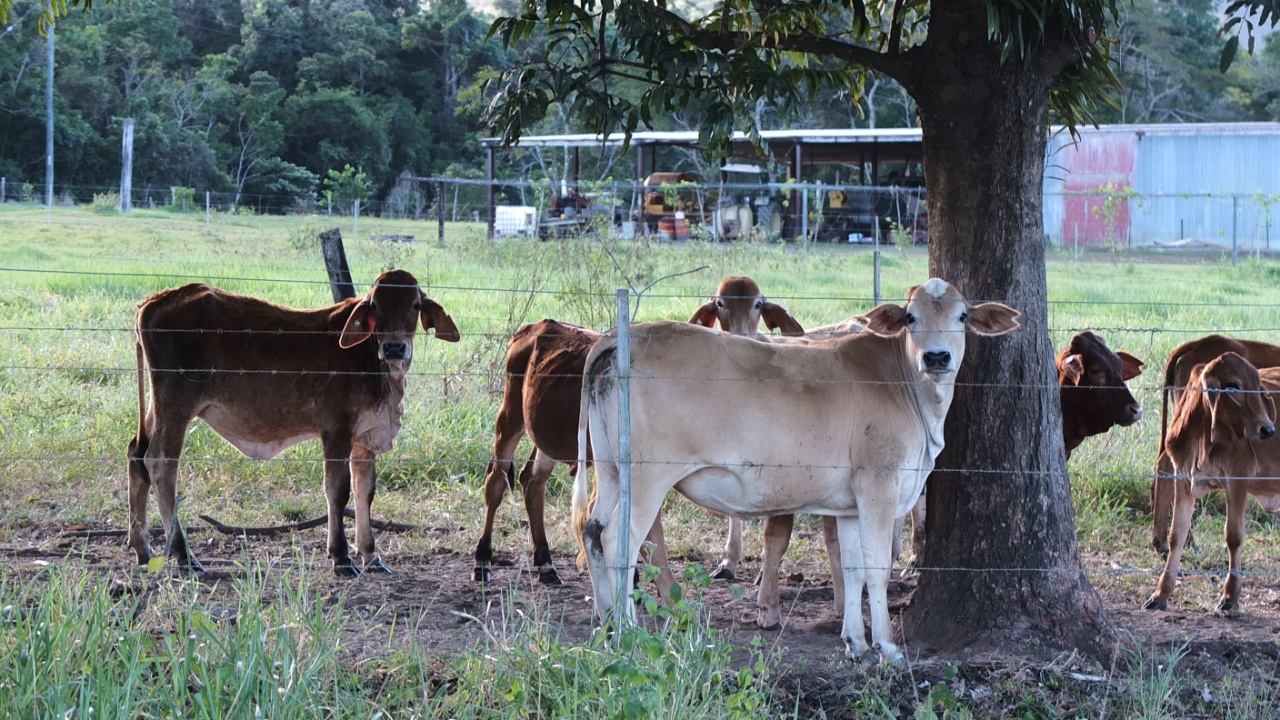 Hey finally :-) They don’t have the same style like in NZ. They got long falling ears and look skinny. 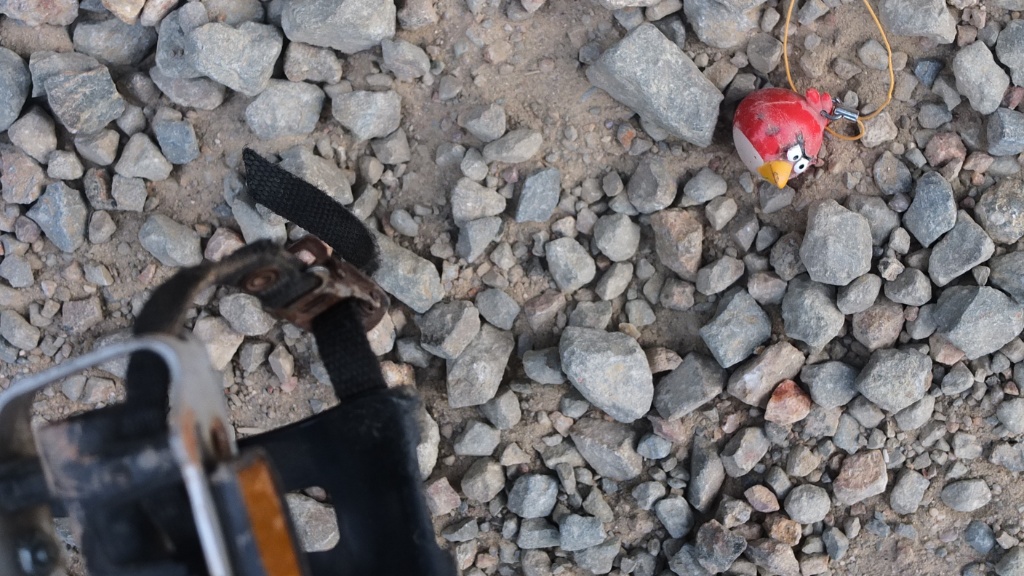 Pff! I’m riding far from the civilization and I found what? An “Angry birds” key keeper… 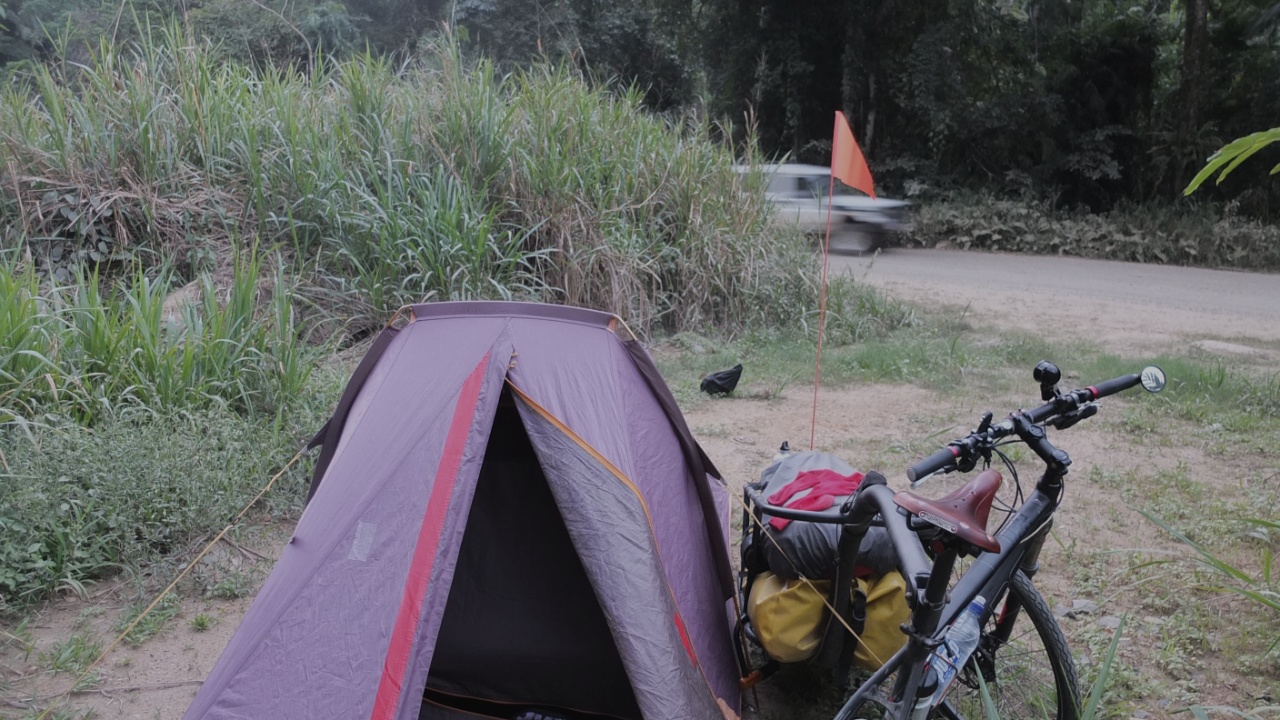 Finally I found my spot for tonight. It’s really close to the road but I don’t care. 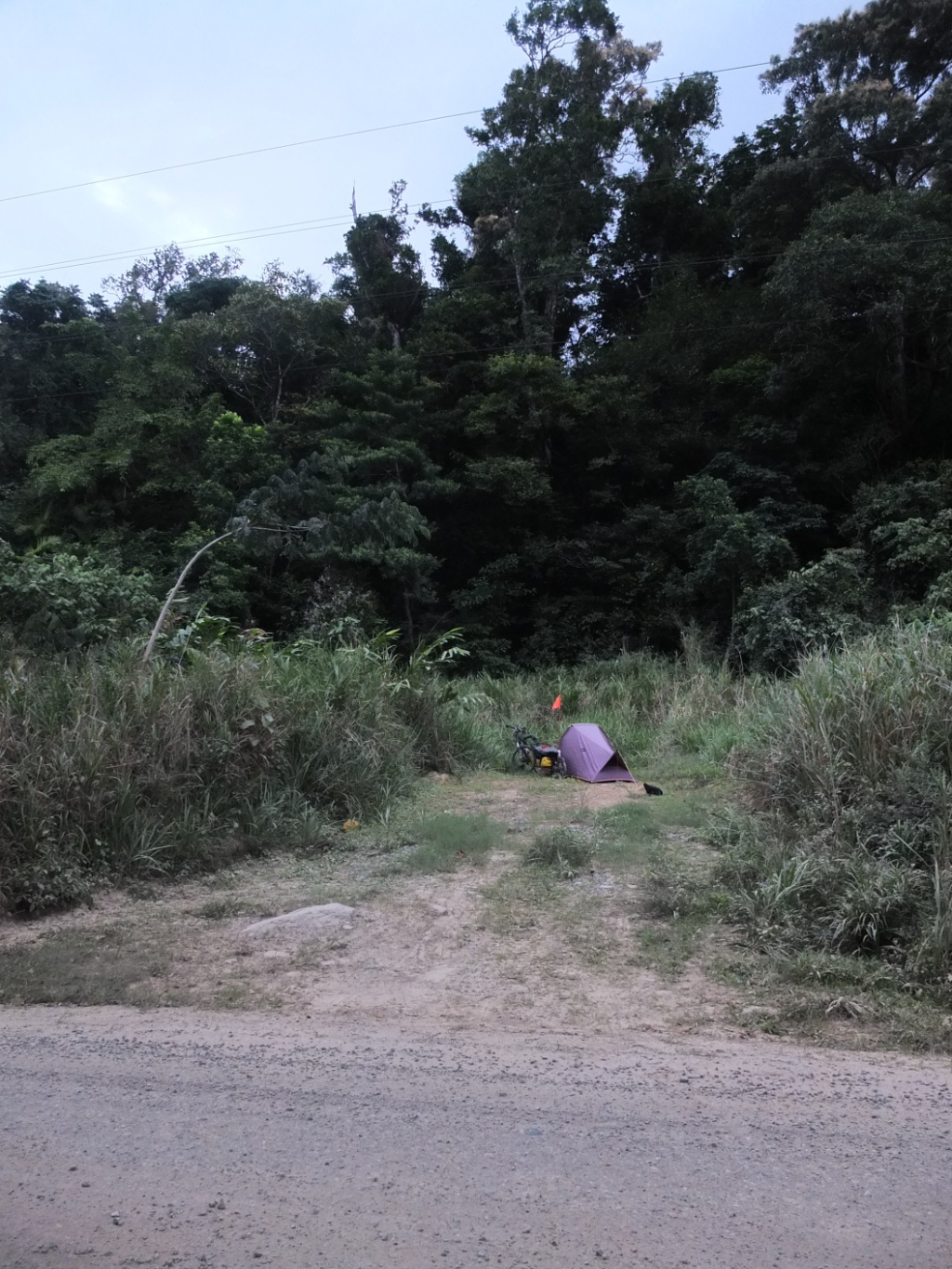 From the road, cars don’t even pay attention to me. 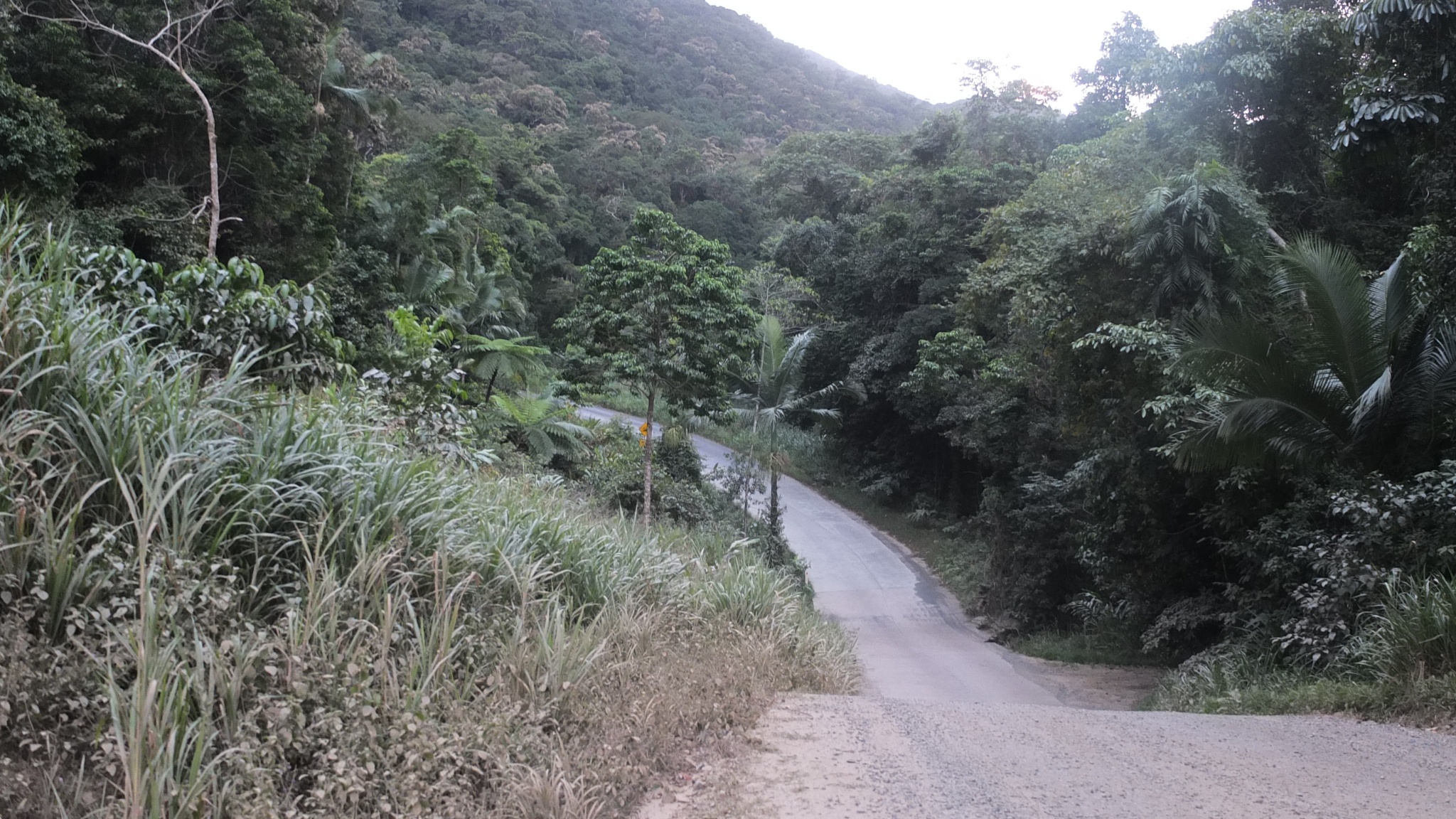 I’ve stopped here because there is a river down there. And I’m gonna take a shower :-)

It’s nice and quiet here. I’m washing myself and sometimes there is still some cars passing front of me. Bah! I don’t care. Once a woman stopped next to me and asked “are you okay?” “Yes I am :-)” “Are you sure?” “Yes, sure, thanks! ” haha those Australian are kind :-D Whatever, now I’m clean and ready to eat something and sleep. Good night!

One thought on “Cape Tribulation > somewhere after Ayton (57km, 4h50)”