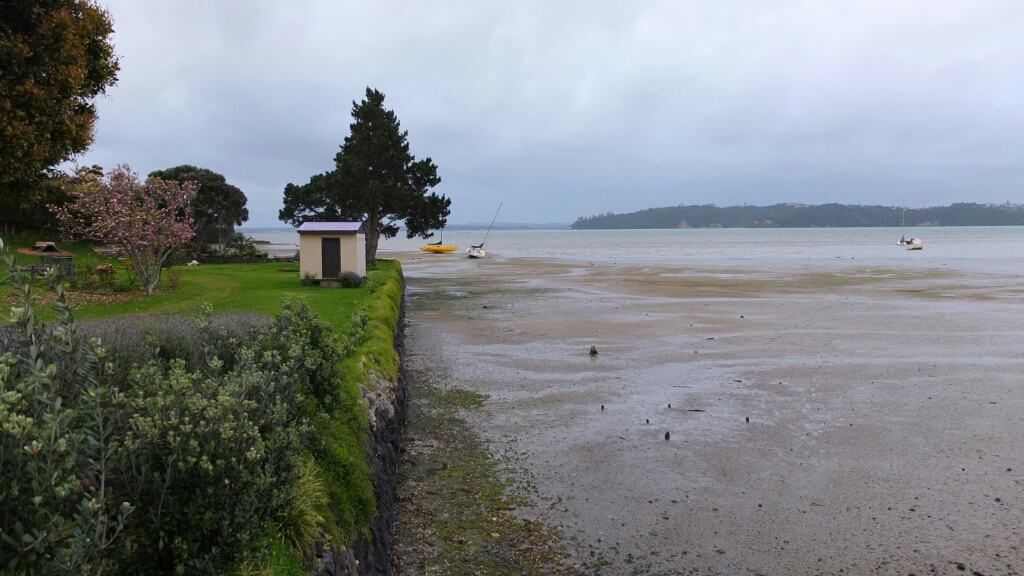 After a few time in my favourite internet cafe (maybe the less expensive of new zealand) I going to go around herne bay to take some pictures and give some last stuff to Sakouna. Today is my last day in Auckland and I’ll will come back in 9 months now so it’s time to take my last pictures :-) 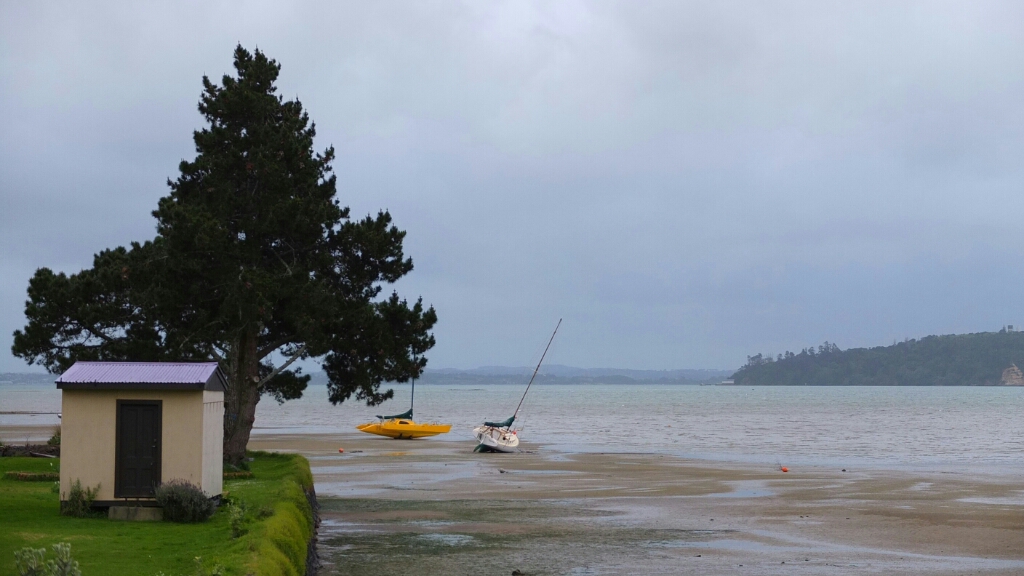 Actually it’s not herne bay because it’s just next to this one and I don’t remember the name of this bay… With a closer look we can see that those boats are almost on the sea :-) 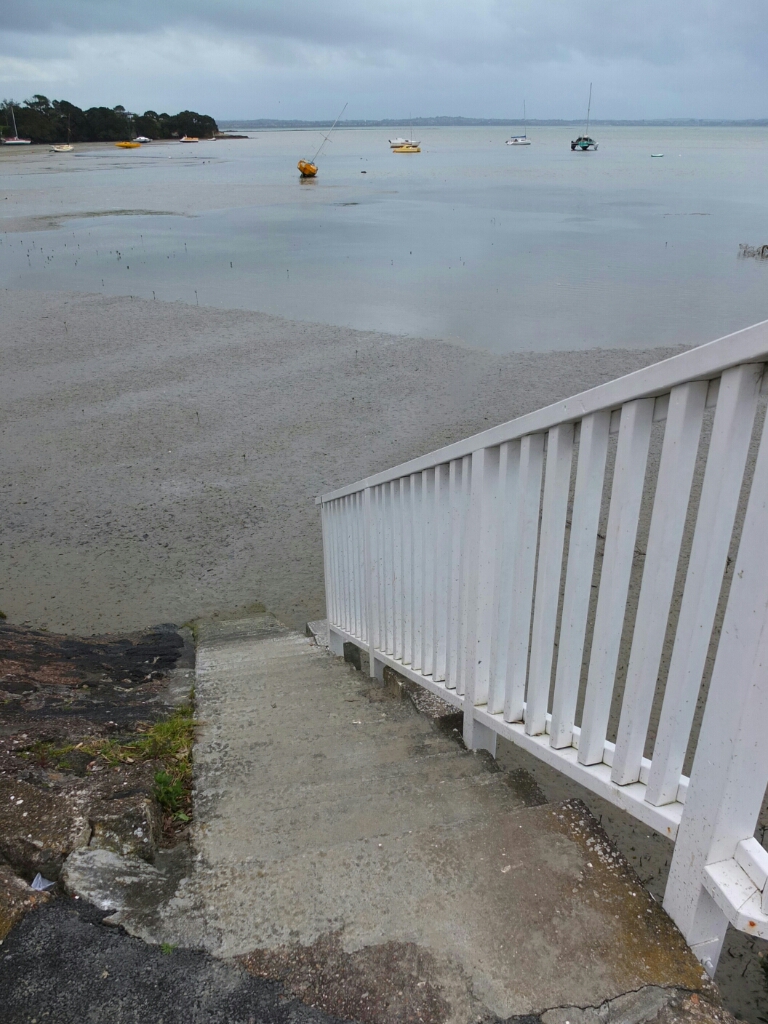 I can go down and try to take closer pictures if the ground is not to soft. 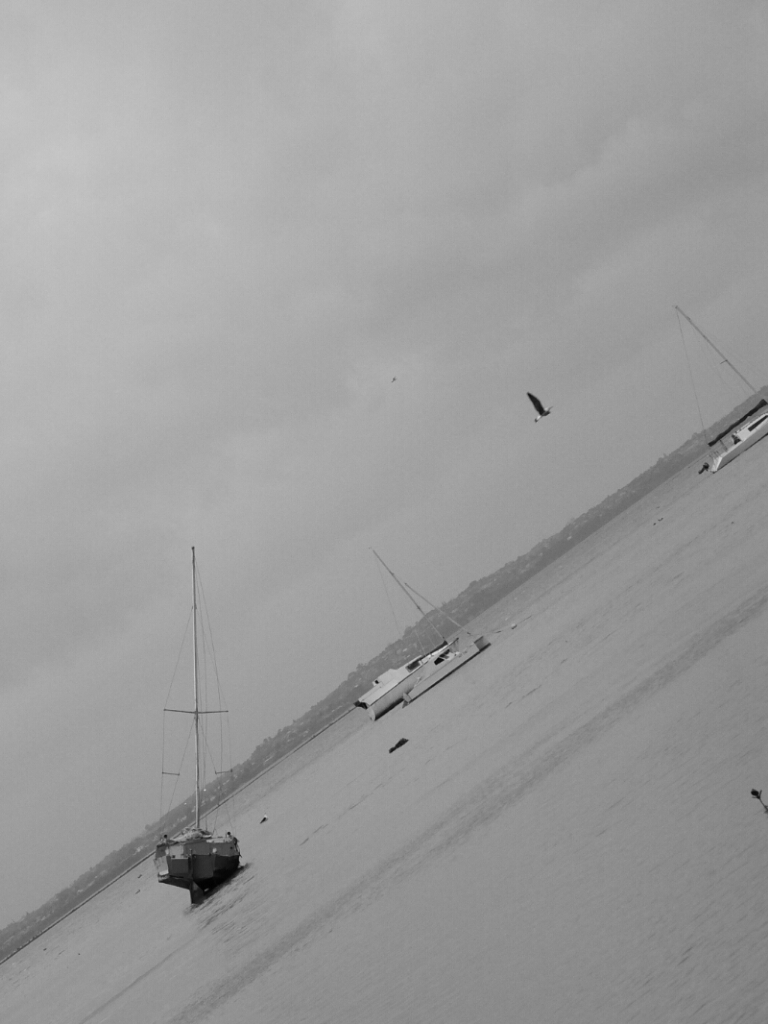 Hmm… Ok… It’s to soft and the tide is slowly going up. 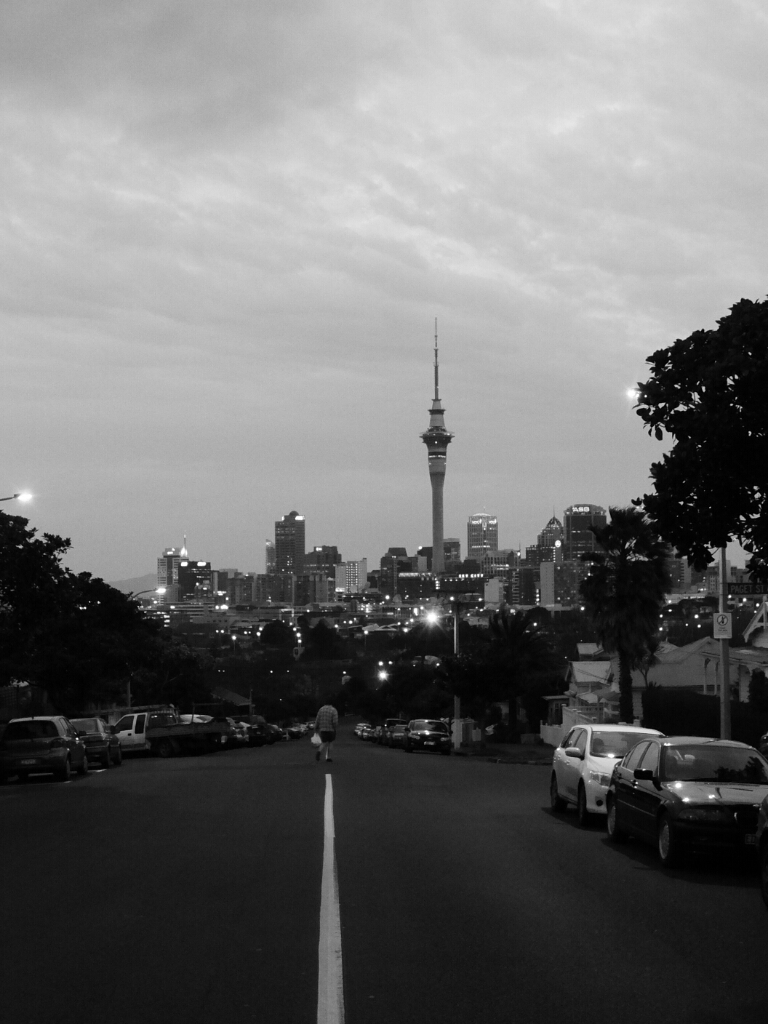 That’s the sky tower viewed from ponsonby district, on the west part of Auckland. 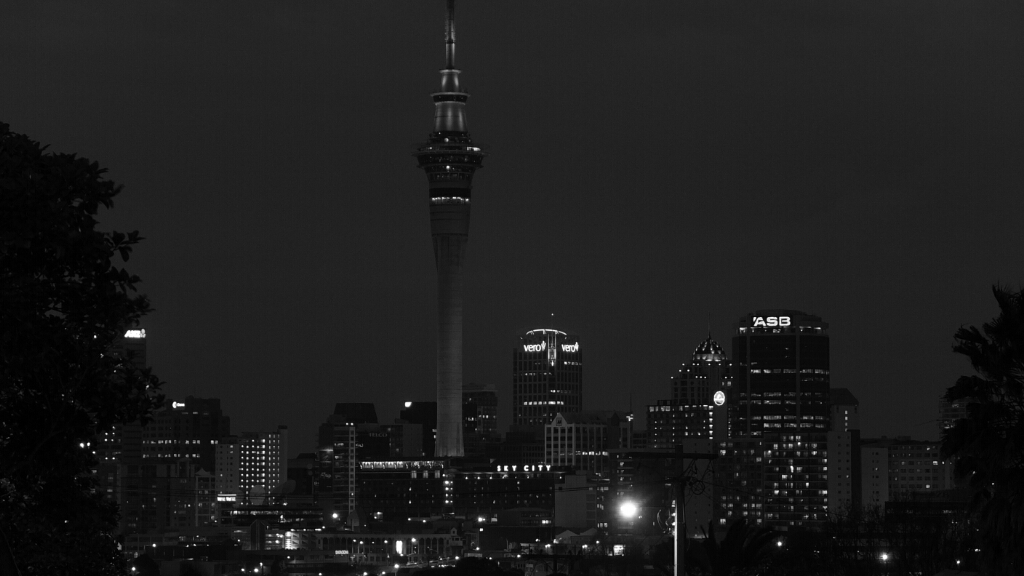 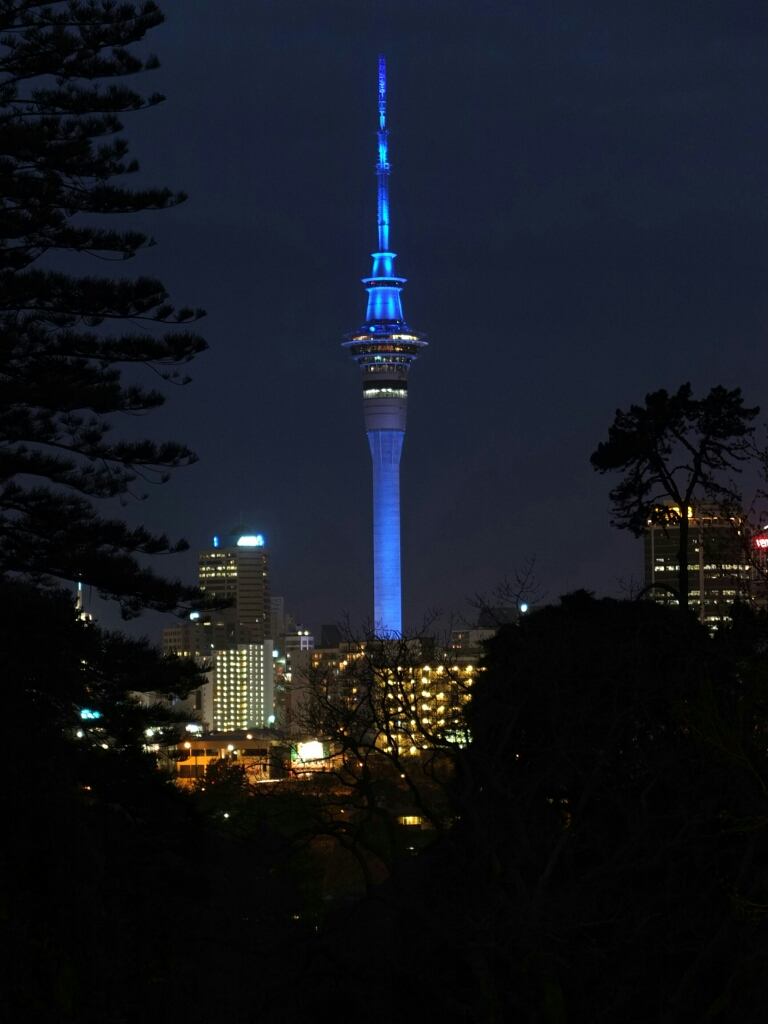 The last one in color from another point of view. 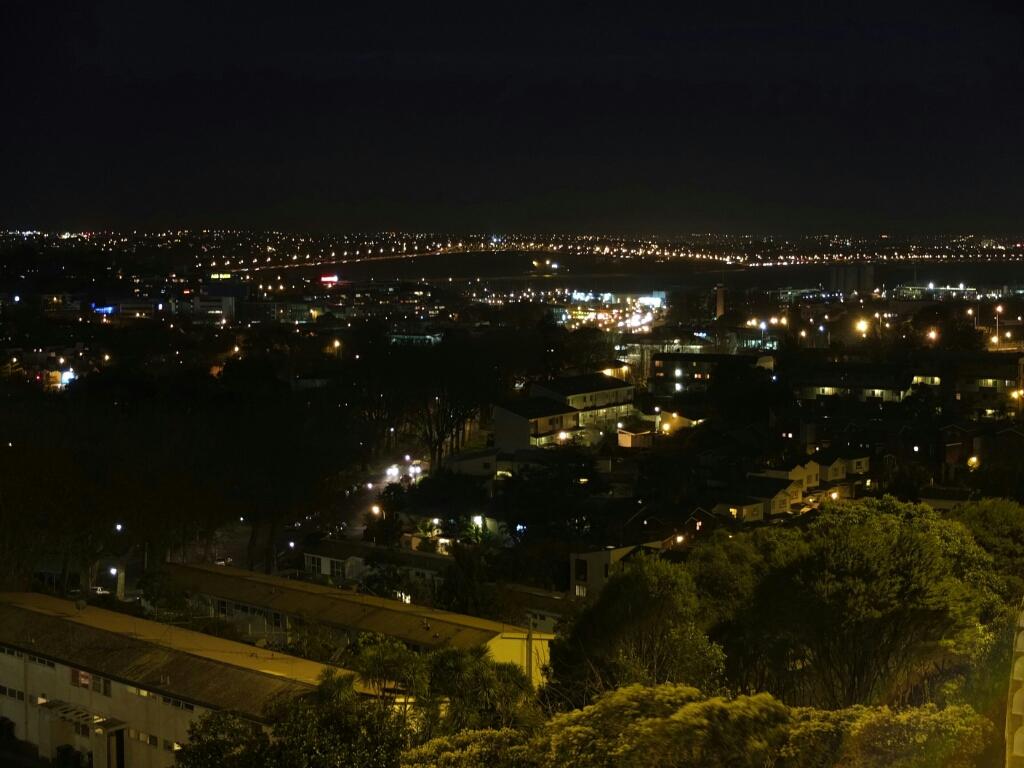 The south west part of the city. That bridge is THE bridge I couldn’t take when I left Auckland the first time. The motorway use it grr! 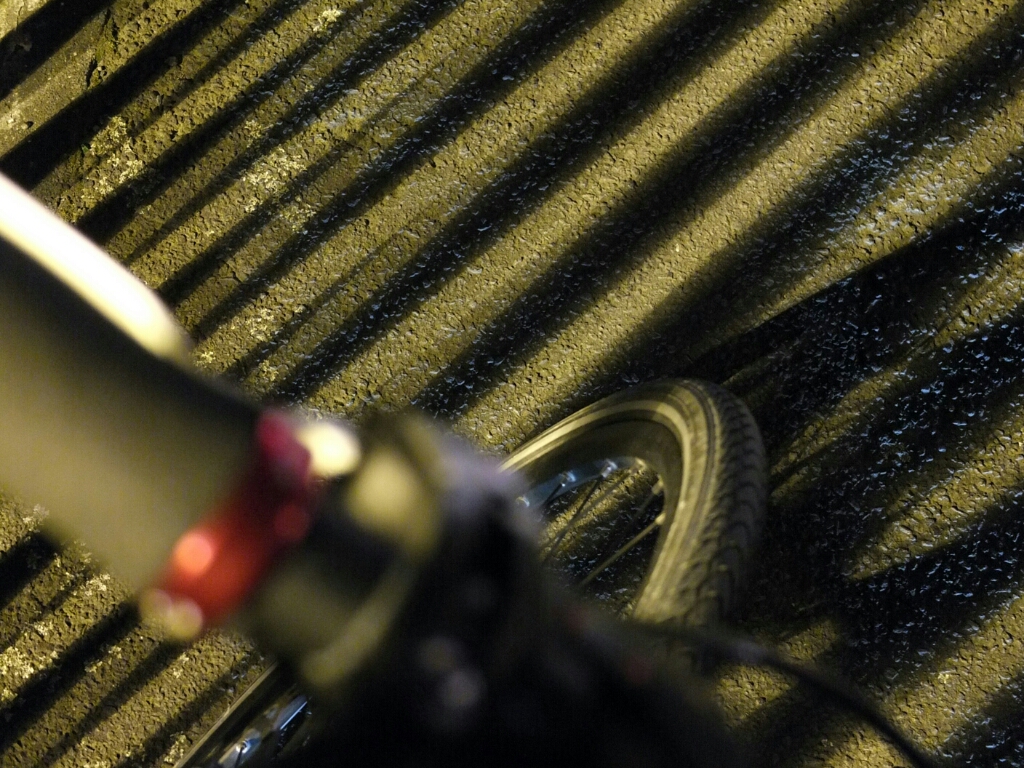 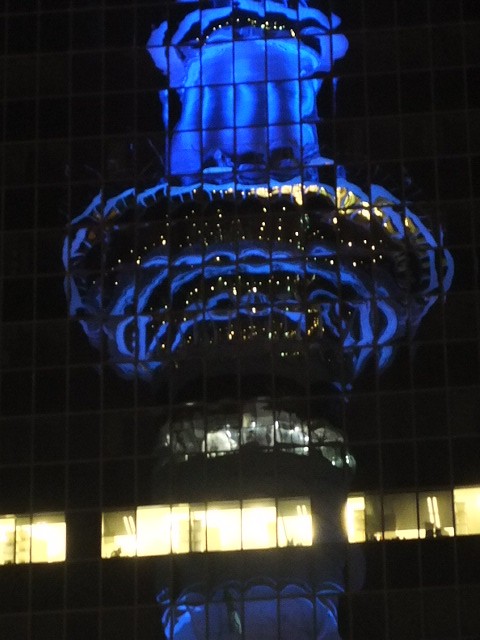 I can’t directly see it but the tower is there somewhere. To answer to Gilles, there is restaurants, bar and casinos :-). It’s the biggest casino of Auckland with 100 game tables, 1600 “money machine”. There is 3 floors on the top. With 328m it’s the highest tour of the south hemisphere. I’ll go there before living! 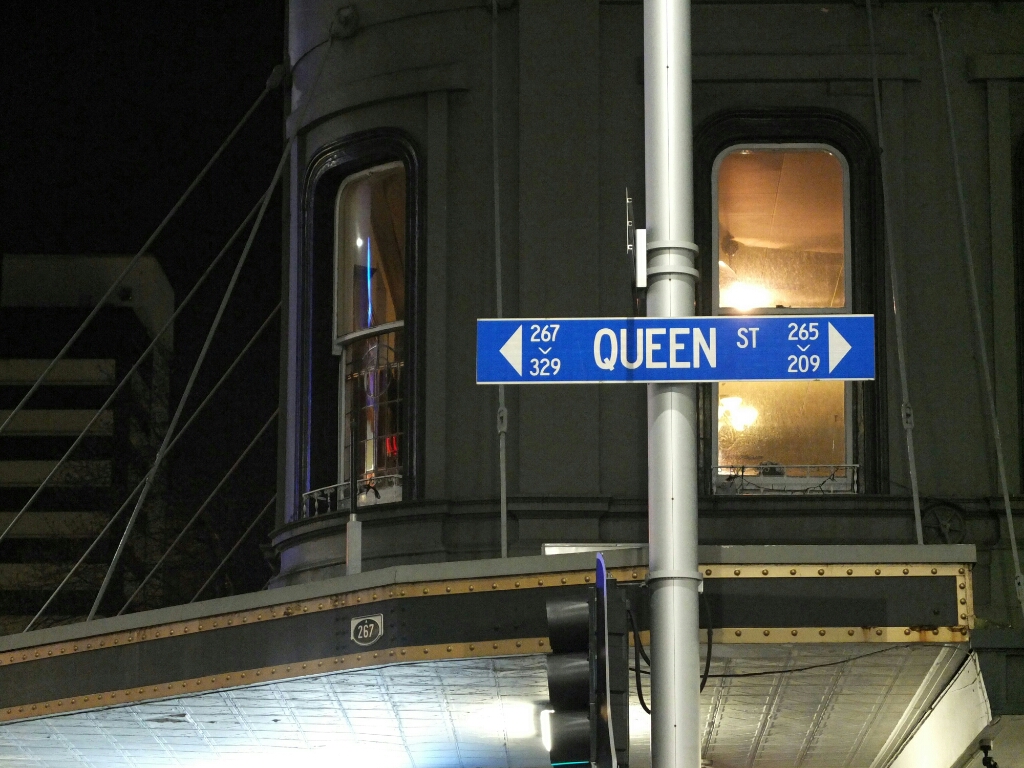 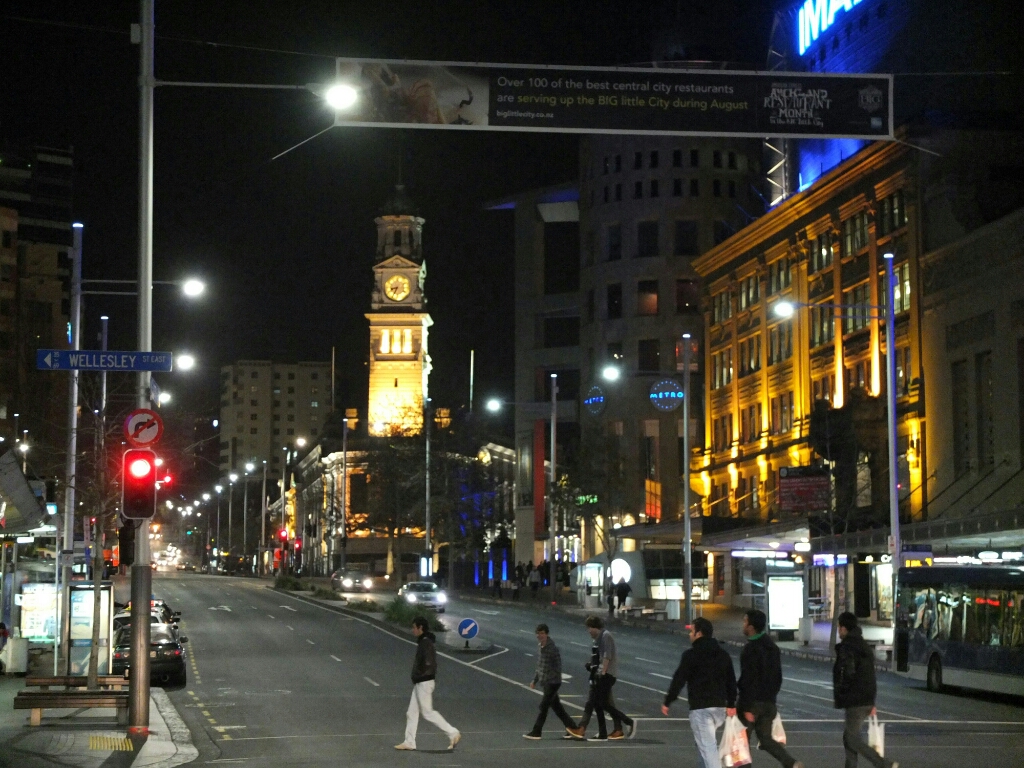 That’s one of the main street in Auckland, many shop, fast food, banks, working buildings, etc… 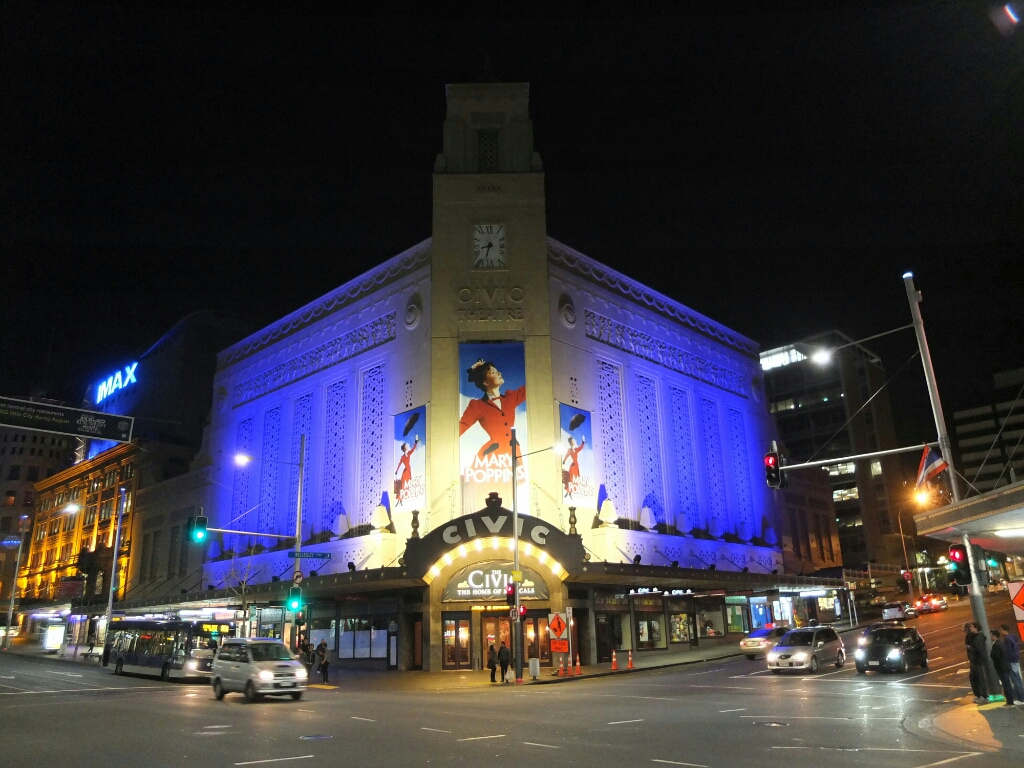 That’s certainly the principal theater of the city. 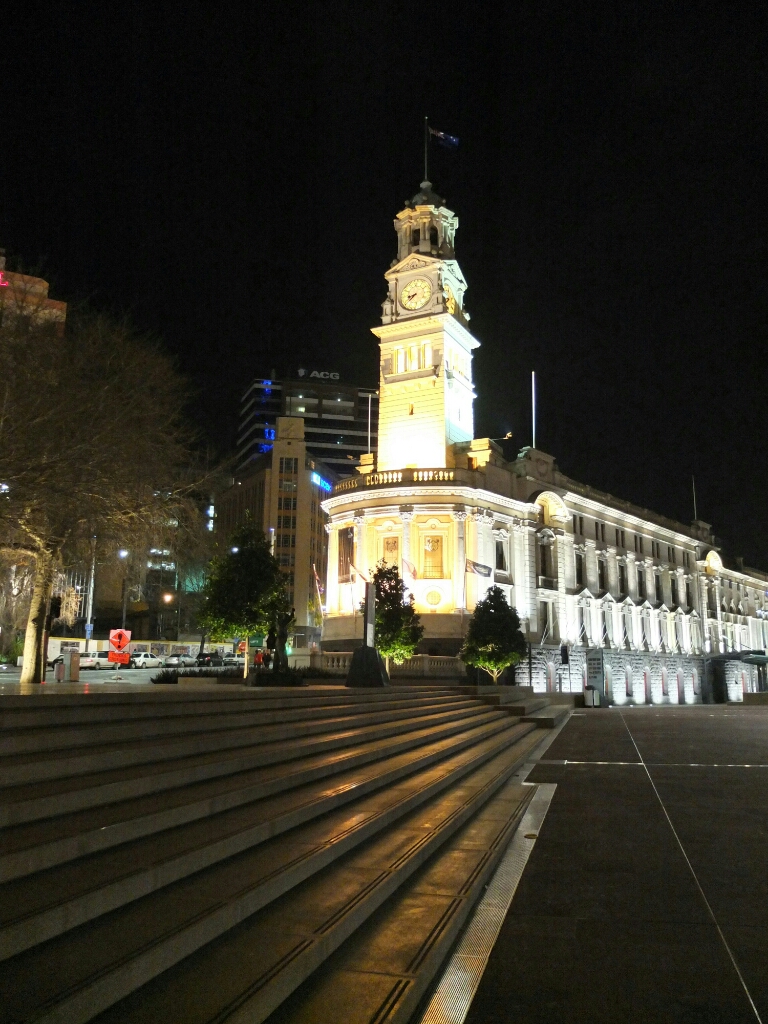 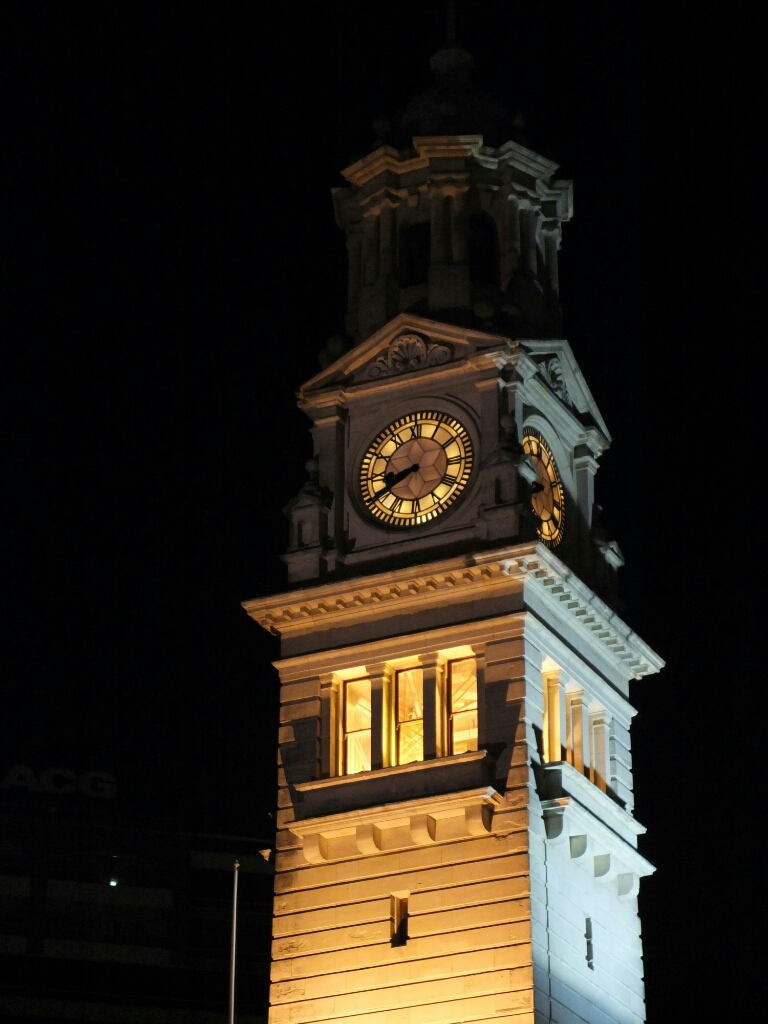 That’s was my last tour in Auckland. I hope it won’t be to hard to get out of it. But I know the weather is not going to be good…