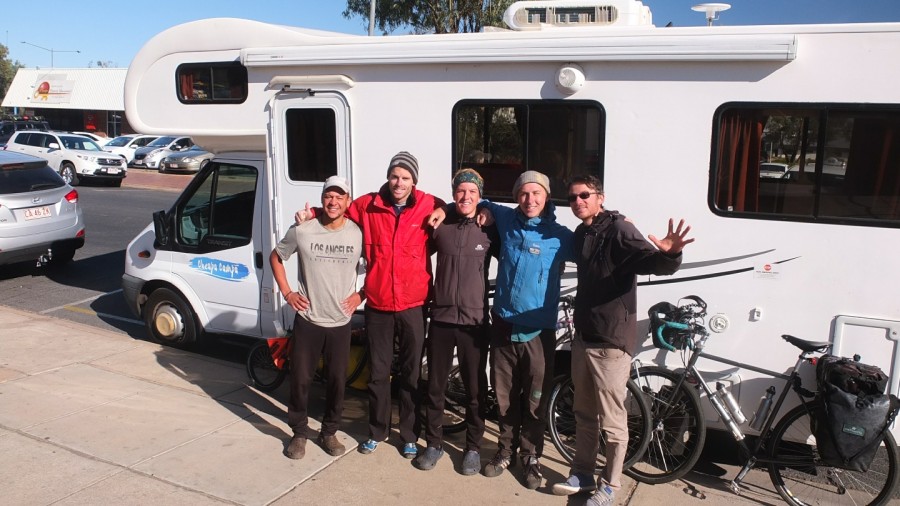 Another day off spending in Alice Springs. Last night, we slept along the Todd River again but on another spot closer to the city centre. This morning we packed up our stuff as usual. Then Antti and I waited next to the McDonald’s during the guys were picking up their camper van. I’ve forgot some names on the way but the two english school friends (both around David in red) are relocating a camper van as they found a job already and would not have the time to cycle there. The idea was to have breakfast in that huge box with 3 double bed but nothing worked out as we expected. The electricity did not work so they couldn’t boil water for their porridge. Finally, we came back to the basic way: we ate on the footpath right front of the van haha :-) Their could use their stove which was much easy. After 20 months spent on the road, it’s hard to change a lifestyle :-)

One thought on “Alice Springs, ready to ride again”