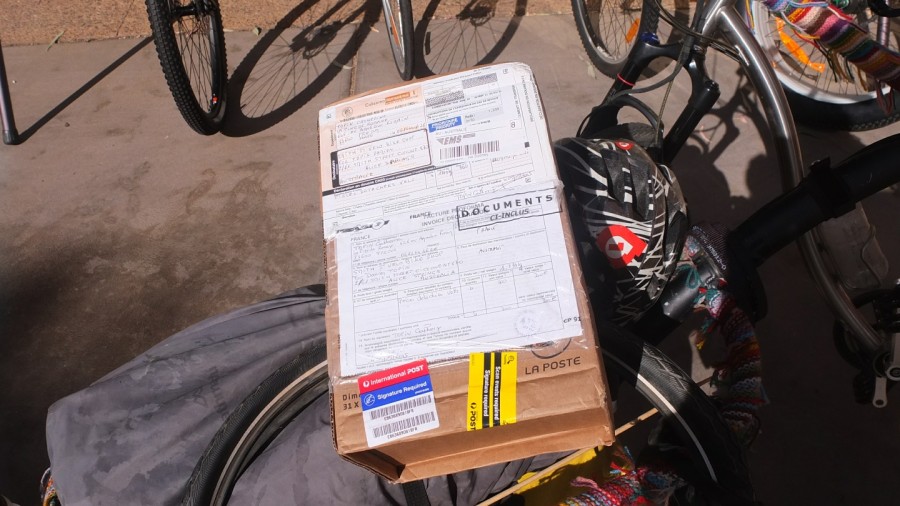 Hey, just came back yesterday to Alice Springs and my hub has arrived! I’m gonna make a new wheel very soon and will be on the road in few days which is great! Finally I did not wait at all because I was doing something else. Lucky! 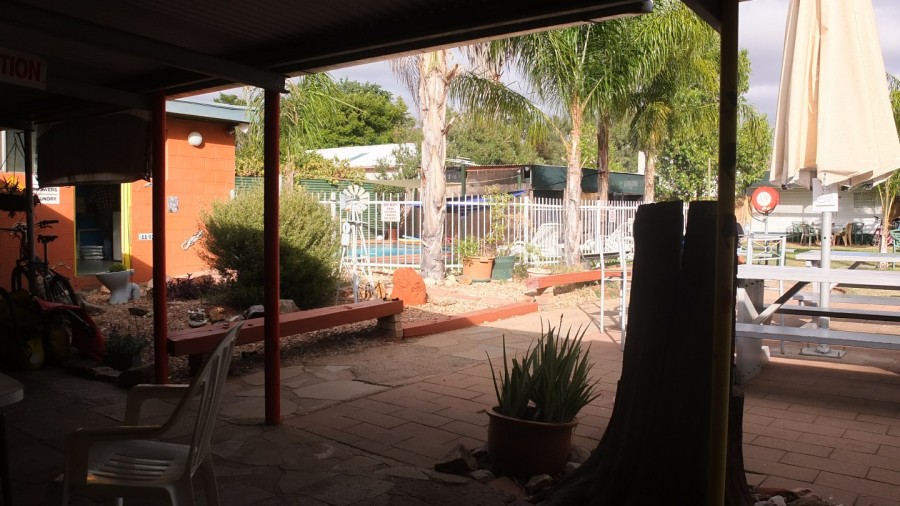 The last night was good in “Alice Backpacker”. 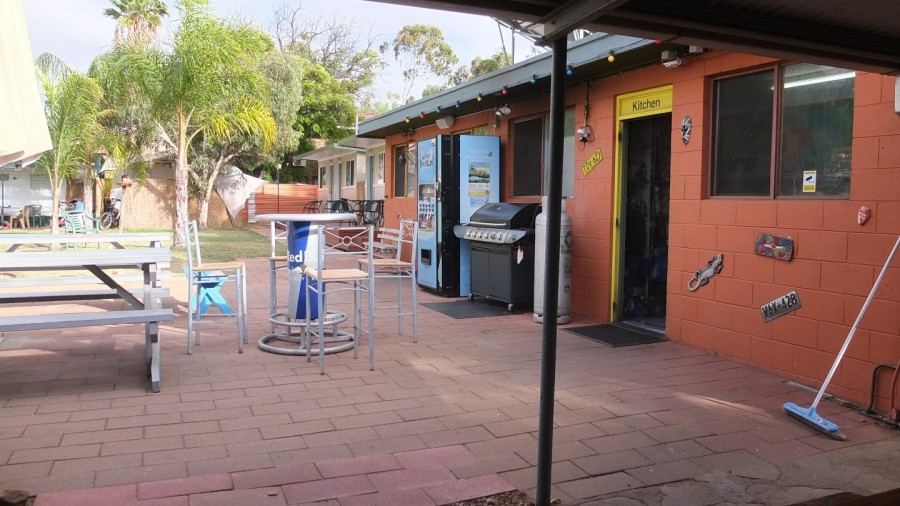 That place is quite cool. There is a swimming pool, the rooms have maximum 6 beds, everyone’s peace.

I was at the library when I received a text from Alan, the guy from the bicycle shop. I knew what it was of course, my parcel from France (thanks mum :-) 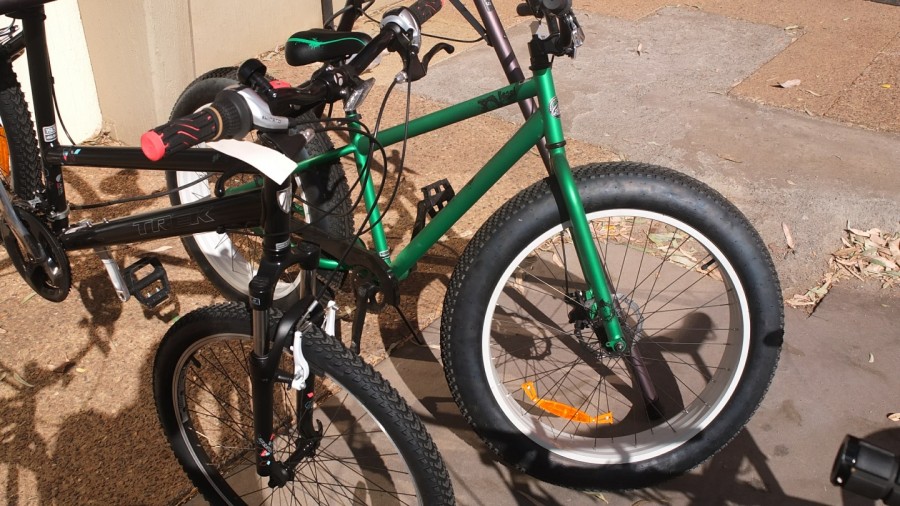 This bike is called a fat bike has it gets bike fat wheels. It’s the last trendy thing to own.

I came back to the library until it closed and just arrived front of the McDonald’s where there is five other touring bicycles! I don’t know where are those guys coming from and where are they heading but I’m gonna find out very soon. 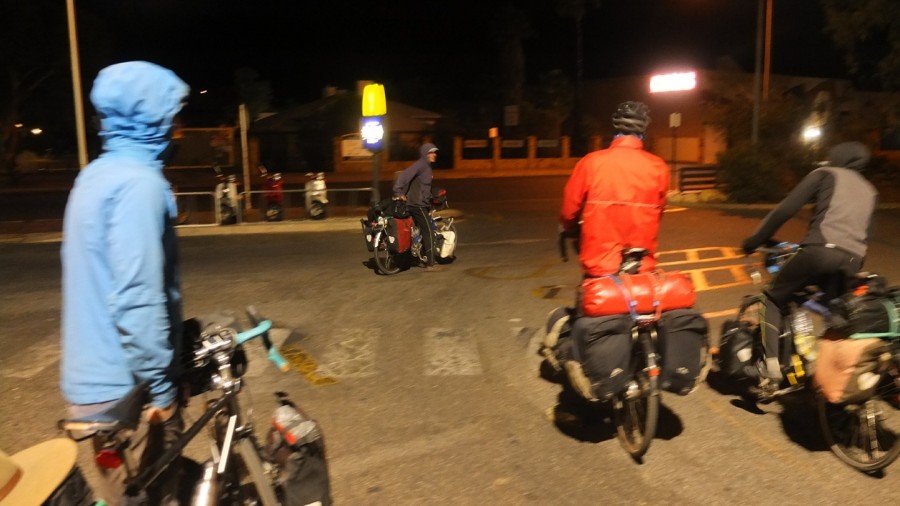 They are actually three groups who are cycling together since few days. A couple (David and Holly) started from England 20 months ago. Two best mates from school started also from England 20 months ago. And finally Antti who started from Finland about 20 months ago as well. He used to travel with a friend of him but his mate went to Brisbane to work. They will certainly travel together again. David and Holly are finishing their trip here as Holly is from England and David from Australia. The last two guys want to have a break and will work in Canberra for a while to make some money and continue cycling later. 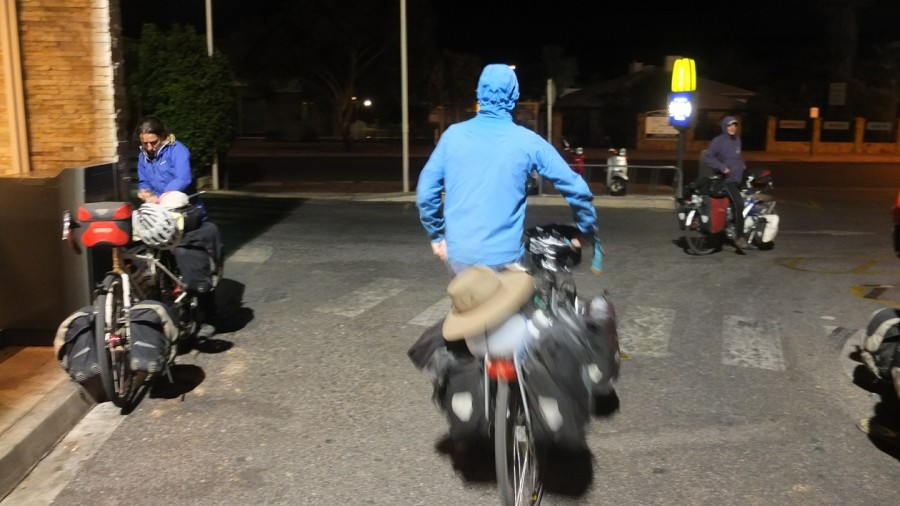